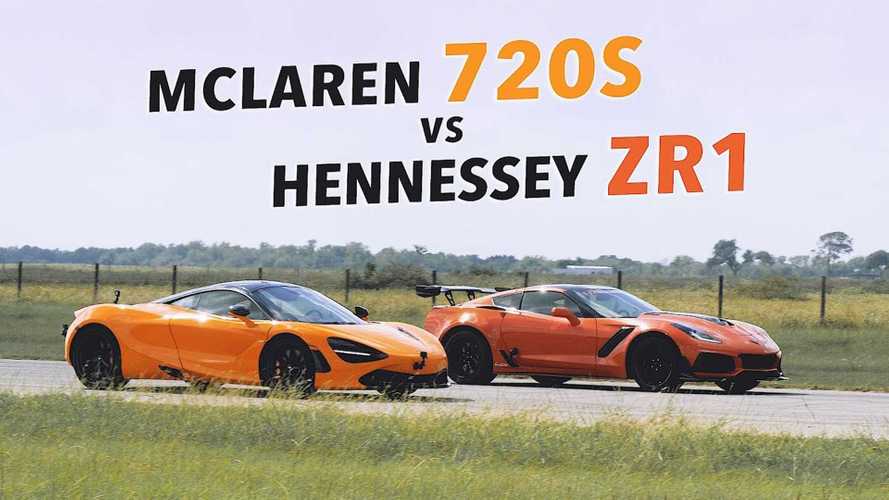 
The McLaren 720S is one of the meanest supercars around, but the model can't complete against Hennessey's tuned Chevrolet Corvette ZR1. In this video, the Texas-based company shows what its 'Vette can do.

These two are racing from a roll. As soon as they get on the throttle, the Corvette quickly pulls away and leaves the McLaren in the dust.

With the winner of these races a foregone conclusion, just sit back and enjoy the noise. Hennessey gives the Corvette HPE1200 a ported version of the factory supercharger that whines like a banshee. There's also a high-flow throttle body, upgraded pulleys, new camshafts, ported cylinder heats, improved valve springs, and long-tube stainless steel headers. The eight-speed automatic gearbox also receives improvements to handle the extra power.

Hennessey charges $59,950 for the HPE1200 package. Clients also need a ZR1 to donate for the modifications.

The company offers tuning packages for the McLaren 720S, too. The top HPE1000 includes parts like upgraded turbos, stainless steel headers, custom engine management, and an improved transmission. It would be intriguing to see how it performs against the ZR1 in this clip.