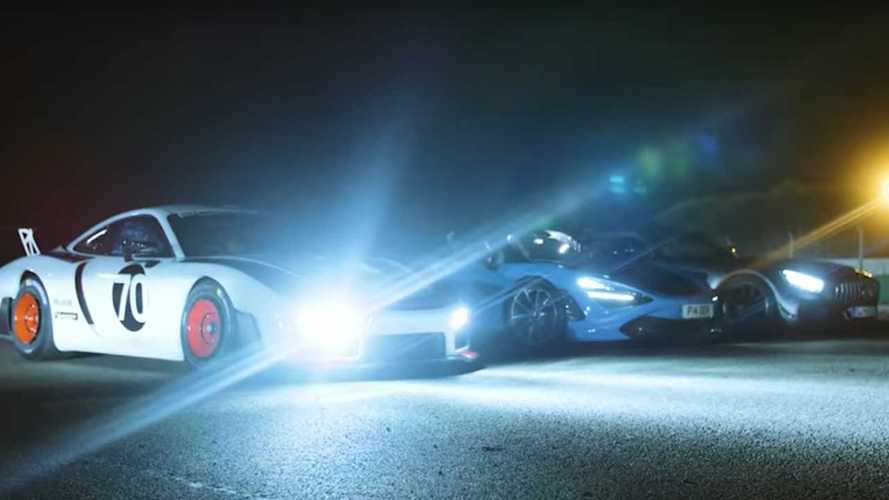 A whimsical drag race at night.

What happens when you have the famed Portimao racetrack all to yourselves and the sun has set and the crowds have disappeared? Well, you can frankly do whatever you want. Which is exactly what the guys over at Top Gear have done in this video. As part of their filming for the 2019 Top Gear Performance Car Of The Year, they've got their hands on a trio of fantastic cars: the Porsche 935, a McLaren 720S Spider, and a Mercedes-AMG GT R Pro. The night is still young and there's still rubber to burn, so how about a good old drag race?

First on the line is the stunning Porsche 935. A track-only tribute car to the original 935/78, this 2019 rendition is limited to just 77 units, with production already beginning since July of this year. Based on the 991 GT2 RS, it takes a lot of elements from other racing and production cars in the Porsche lineup, as well as sporting a 700 horsepower, twin-turbocharged 3.8-liter flat six. Oh, and let's not forget the massive aerodynamics and diet program at just a bit over 3,000 pounds. Needless to say, this is also the most expensive car here. Next up we have the McLaren 720S Spider, the brand's flagship convertible supercar. Under the hood is a potent is a twin-turbo 4.0-liter V8 that's good for 710 horsepower; a fitting challenger against the Porsche. The McLaren also has more torque than the Porsche, with 568 pound-feet compared to the 935's 553 pound-feet. The McLaren is heavier, however, tipping the scales at 3240 pounds.

One For Track And One For The Street?

Lastly, we have the Mercedes-AMG GT R Pro, and it honestly seems like a filler against this lineup. The heaviest at 3470 pounds and generating the least amount of horsepower at 577 and with just 516 pound-feet of torque, the AMG is an amazing car in its own right, but can it still keep up with the faster pair? Who will win? The race car, or one of the two production cars? 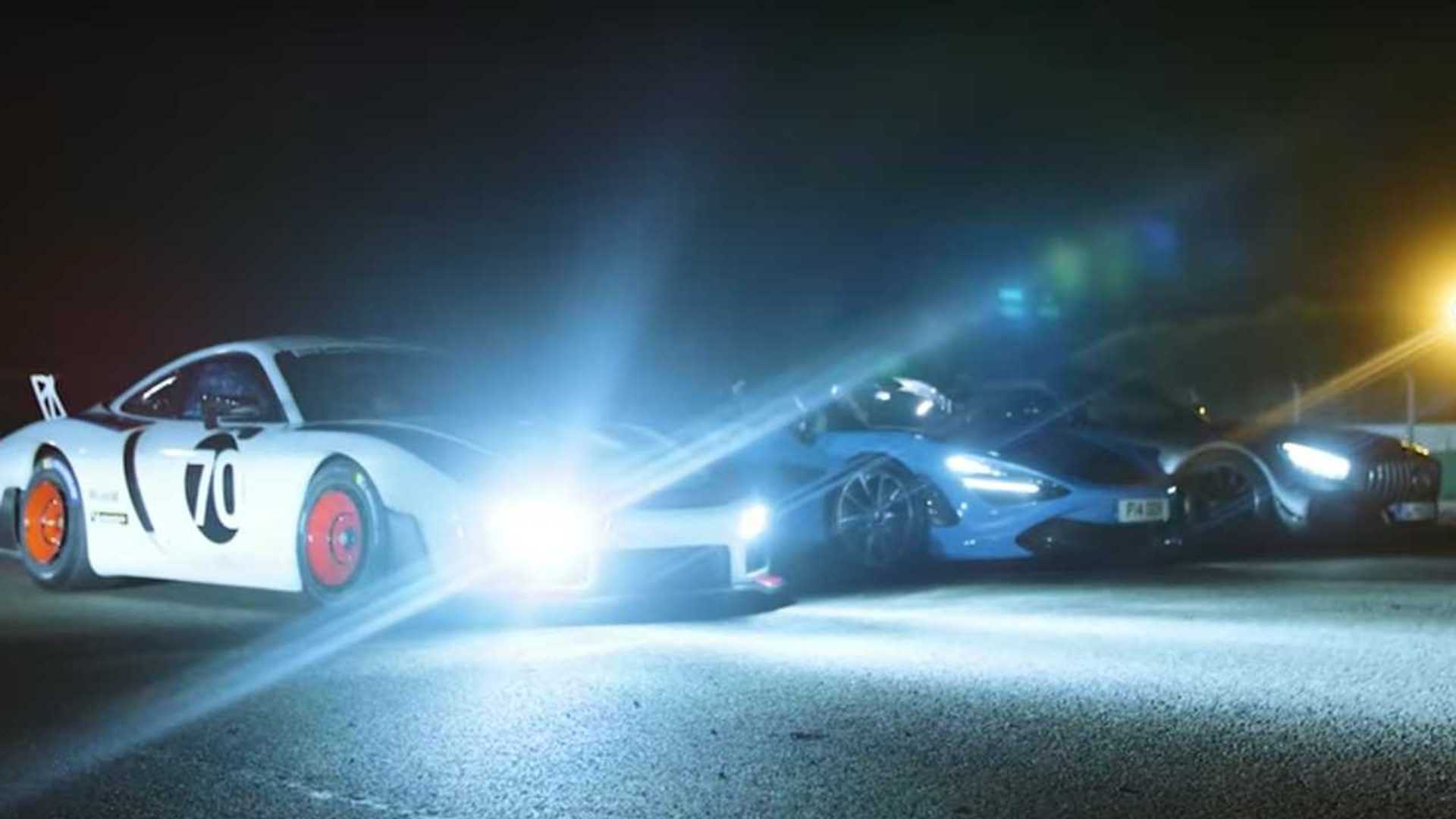