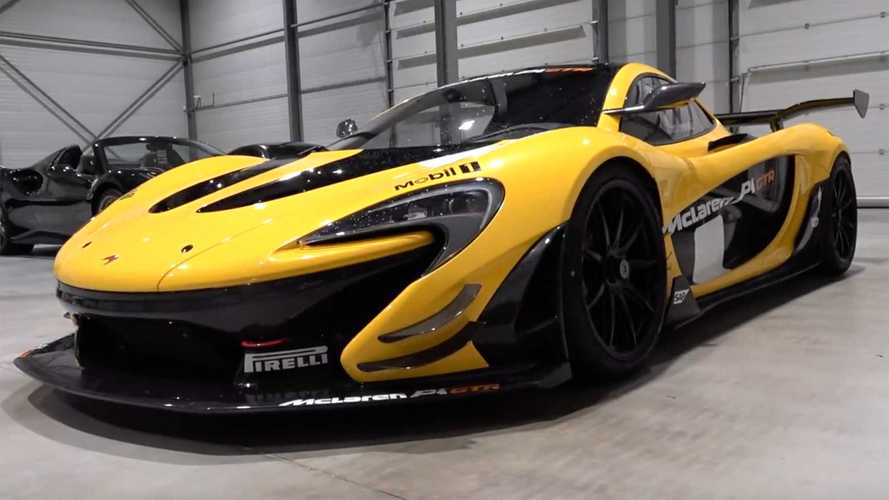 Road-Legal McLaren P1 GTR Is Noisy On The Autobahn

What would you expect?


The McLaren P1 GTR was supposed to be the track-only version of the automaker’s hybrid hypercar. However, owners of the potent race car didn’t like such oppressive operating rules and had their cars converted into road-legal machines, giving them the freedom to go wherever they wanted. One such road-legal McLaren found its way to Carlink International, a company that specializes in high-end vehicles, where the Mr JWW YouTube channel had the opportunity to take the road-legal P1 GTR on the road for the first time, taking it to the Autobahn.

The car lacks many of the creature comforts today’s hypercars enjoy such as glass side windows, insulation, and sound deadening. The P1 GTR has none of those things, which makes it quite loud on the famous German highway. The conversion process added legal necessities such as license plates while leaving some track-specific features like the rear fog lights and the air inlet for the underbody jacks.

More McLaren News To Check Out:

Powering the P1 GTR is McLaren’s twin-turbocharged 3.8-liter V8 that produces 986 horsepower (735 kilowatts) thanks to the hybrid setup. The conversion from race car to road car saw the installation of an aftermarket exhaust system. The car is capable of hitting 225 miles per hour (362 kilometers per hour) while sprinting from zero to 60 mph (96 kph) in 2.4 seconds.

Inside, the P1 GTR is all business. Bare carbon fiber is everywhere; however, it’s the detachable steering wheel with its slew of toggles, switches, and buttons and the sliding Lexan side windows that cements the GTR’s racing pedigree. There are plenty of cars that blur the line between road car and race car, and plenty of automakers that like playing in that space, too. McLaren did that with the P1 and P1 GTR. Customers took it to the next level.