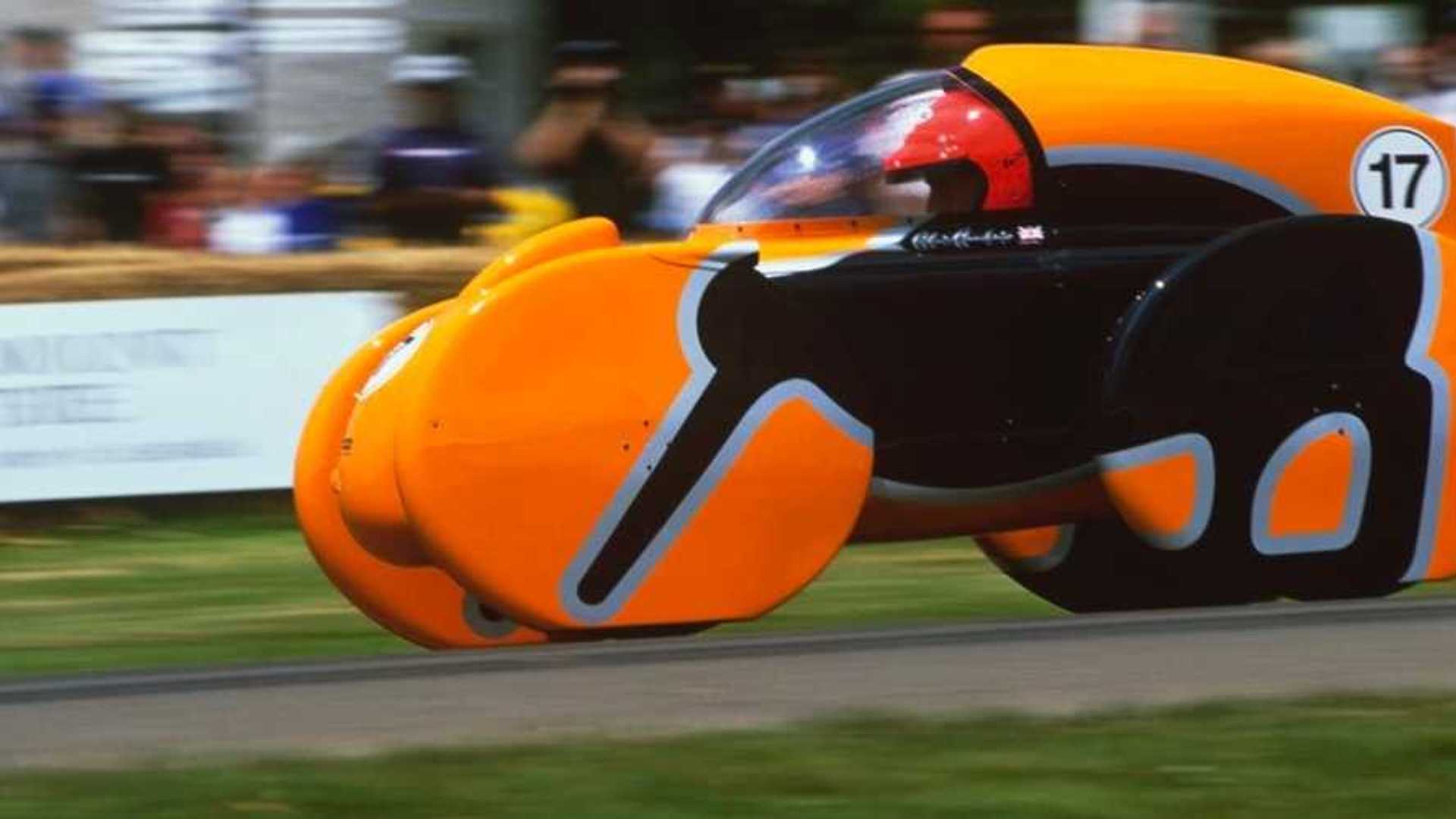 The Slowest McLaren Ever Made, The MP4-T5

It might possess 0hp, but the McLaren MP4-T5 is an extremely advanced machine


McLaren is a name that has been associated with high performance since its motorsport inception in 1963. Engineer and racer Bruce McLaren had a vision for his team that was driven by innovation. Even after its founder’s passing, McLaren is one of the most successful names in Grand Prix racing, and a benchmark in the world of road legal supercars thanks to McLaren Automotive.

One of McLaren’s most competitive efforts isn’t a 240mph+ supercar, or a World Championship winning Formula 1 combatant. It was described by its test driver as one of the scariest machines he has ever driven, that’s despite it not even having an engine. Enter the McLaren MP4-T5.

This alien looking craft is on permanent display at the McLaren Technology Centre in Woking, UK as a testament to innovation and hard work. Today’s F1 drivers, engineers, and aerodynamicist all walk past this incredible machine everyday.

The McLaren MP4-T5 is a soapbox racer designed to compete in the 2002 Goodwood Gravity Racing Club Soapbox Challenge. This streamliner was the brainchild of Mark Childs who joined McLaren to work on the vehicle development of the Mercedes-Benz SLR McLaren. He relentlessly pestered legendary design boss Gordon Murray about the competition at Goodwood, stating that it would be a great team building exercise.

Murray relented, but on two conditions… Firstly, the car was to be designed and constructed in the evenings and weekends in order to avoid interfering with current motorsport projects. Also, the project needed to be done properly with the perfectionist mentality of McLaren.

The team closely inspected the rulebook just as they would in the highly competitive world of F1 to address the challenges they faced. Scientific measurements such as cornering radii and steepness were taken at the Goodwood hill to build a data model for predicting the T5’s performance.

The vehicle was designed to be as aerodynamic as possible, with its smooth surfaces and neutral angles designed to reduce drag. Computer Aided Design (CAD) models were used to engineer the the MP4-T5, but before construction could begin another hurdle had to be overcome. The Goodwood rules state that soapbox entrants can not cost more than £1000 ($1300).

McLaren wanted to use the most sophisticated carbon materials found on its other racers, but these are very costly — so the team got creative. The car’s front and rear bulkheads are formed from the floor of a damaged McLaren F1 GTR, with other components sourced from old Formula 1 parts bins. This carbon fibre monocoque racer, while built on a budget, was extremely sophisticated and exceptionally light at 135kg including its driver.

It is said that on the first day of testing at Goodwood, Childs only had drawings to show officials, but by day 2 the MP4-T5 was fully functional. The second day of testing was full of adjustments and calibrations ready for the competition. Then McLaren boss Ron Dennis gave the project his official blessing, allowing the Technical Graphics Department to design the distinctive kiwi bird livery that harks back to McLaren’s origins.

McLaren’s chief test driver, Chris Goodwin, volunteered to pilot the MP4-T5. He was more than qualified, regularly driving Formula 1 cars and responsible for developing many of McLaren’s road cars.

Come race-day McLaren faced tough competition from other manufacturers such as Jaguar, Rolls-Royce, Lotus, Bugatti, Prodrive, Bentley, and Ford. However, the T5 was far superior and ultimately set the fastest time the Goodwood Gravity Racing Club Soapbox Challenge had ever seen at 65.1 seconds. It achieved speeds in excess of 60mph — not bad for a vehicle only powered by gravity.

Sadly, the Goodwood Gravity Racing Club Soapbox Challenge ended in 2004 due to how much time it occupied on the hill during the Festival of Speed. However, the McLaren MP4-T5 remains a masterpiece of engineering.