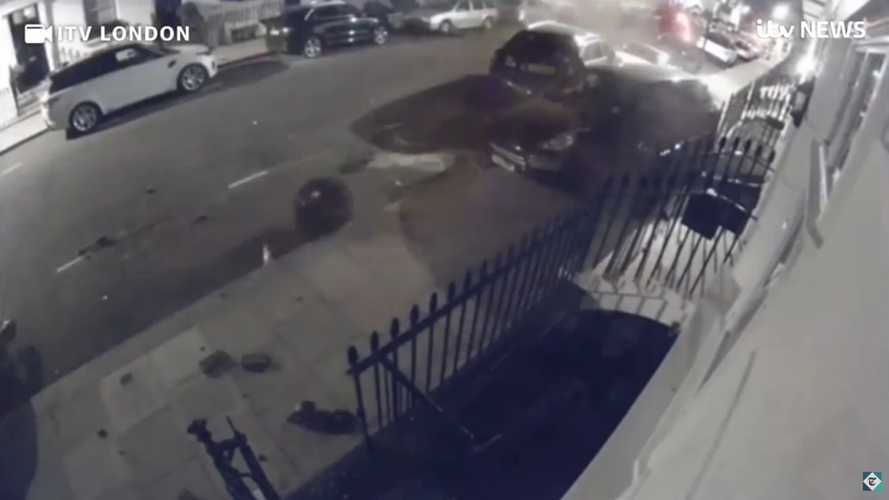 A Bentley, Porsche, and McLaren were all wrecked as a result of an alleged chase.

Residents of an upmarket area of London are demanding action after several hundred thousand dollars worth of luxury cars were destroyed by so-called "boy racers."

Surveillance footage shows an Audi Q5 tearing down Moore Street in Chelsea, hitting a McLaren, Porsche, and Bentley parked on the side of the road. The Audi also appears to roll in the incident.

The car came to a rest on the residential street afterward after sustaining substantial damage. According to ITV, police said that the driver and passenger of the Audi were taken to the hospital afterward. 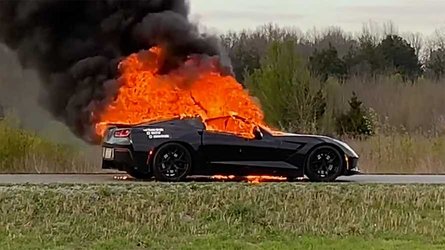 A second car was also believed to have been involved in the incident, although it is unclear whether the two were racing, chasing after one another, or simply just driving in an otherwise dangerous manner.

"I was washing up downstairs and suddenly the whole of the front part of the house seemed to be coming in on top of me," local resident Violet Pemberton-Piggot told ITV. "Every car in Moore Street seemed to have its alarm ringing."

Another local, Summer Haider, added that she initially thought the driver was dead until he emerged from the battered vehicle.

"I was thinking he was dead - but he came out alive with blood all over his face," said Haider. "I asked if he was okay and he was in total shock but he kept on saying 'I was being chased, I was being chased!'"