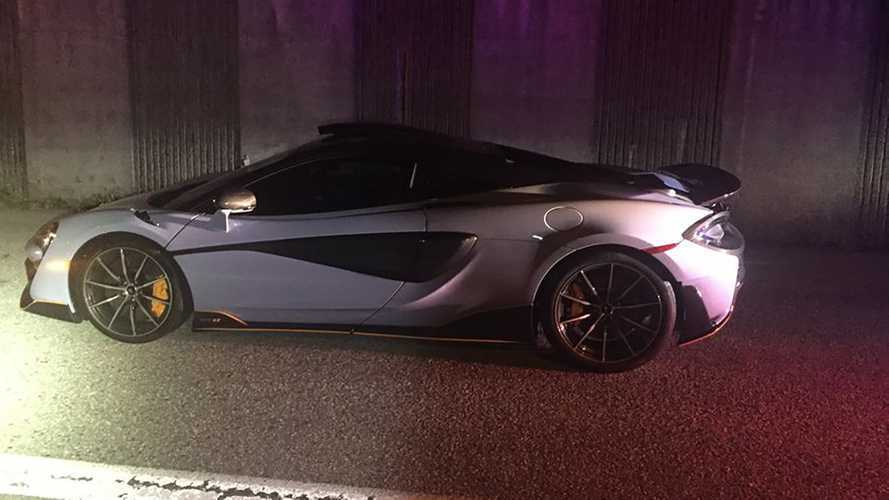 McLaren 600LT Impounded By Police After 10 Minutes Of Ownership

Many of us get our first taste of vehicular freedom just before we turn 18. We’re young and dumb, filled with an entitled sense of invincibility. As you grow older, our youth is no longer an excuse for erratic, dangerous, or otherwise juvenile behavior. Instead, you’re just dumb, and the law doesn’t take too kindly to dumb, especially on the road. That’s what happened to one Canadian man who, after just 10 minutes of ownership, had his 2019 McLaren 600LT impounded.

Here Are Other Cars Impounded By Police:

Speeding Aventador SV And 675LT Impounded While Heading To Track

According to CTV News Vancouver, the 39-year-old driver, who had just purchased the McLaren, was pulled over by West Vancouver police for excessive speeding. Police recorded the man traveling 100 miles per hour (161 kilometers per hour) in a 55 mph (90 kph) zone on June 17.


It wasn’t until police pulled him over did the authorities learn just how new the man’s car was. That’s when police learned, while conducting their investigation, the man had bought the supercar a mere 10 minutes beforehand. And Canada does not take kindly to speeders. Police towed the car from the scene, impounding it for seven days for excessive speed. Police also handed the man a $368 ticket.

West Vancouver Police Cost. Kevin Goodmurphy said it’s not so much about the driver’s ability to drive at high speeds, but rather his or her reaction time to other vehicles on the road, and the danger that can create.

With a starting price just north of $250,000, the McLaren 600LT owner should have little trouble paying the ticket. However, having a car impounded for seven days would be a bit frustrating. Then again, you wouldn’t get your car impounded if you followed the law.