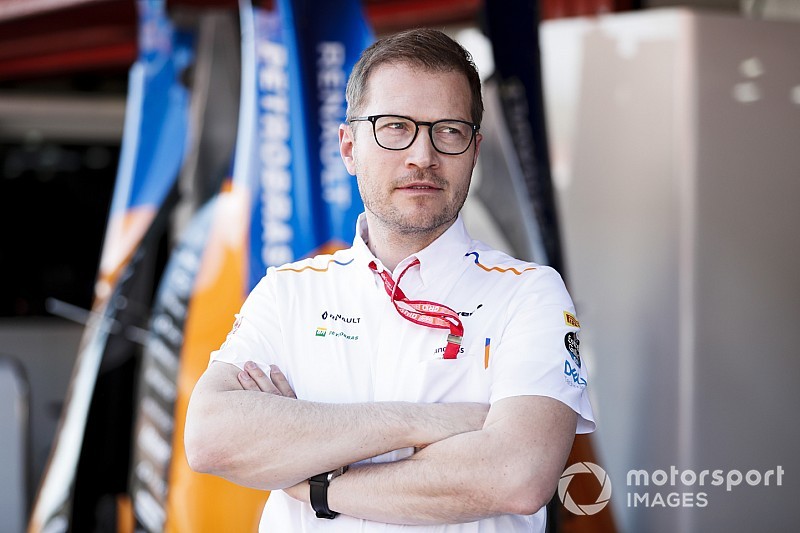 McLaren Formula 1 team boss Andreas Seidl says that his team needs to know the detail of the 2021 regulations sooner rather than later so it can adjust its structure to suit.

Most discussion of the timing of the release of the regulations has revolved around whether an early start on R&D for 2021 would favour the established top teams, or those in the chasing pack.

Seidl says it's more a question of the bigger picture of what impact the rules have on the shape of the team.

"If you're up against the best ones in this sport like Mercedes or Ferrari it doesn't matter when they start or we start," Seidl said. "We are happy with whatever the outcome is.

"It's more important to have clarity of what we get, so we can start thinking how it affects the structure of the team, and I can start making up my mind how the team should look like.

"But I'm happy with both ways, if the regs come now or later. It doesn't change anything. In the end it's like every year, you have to make your mind up how long you develop the current car, when you start with next year's car, when you start the basic concept of the car the year after. So it's nothing new.

"In the end for us it is more important to have the rules to know where we have to head to, so that we can also make up our mind in how we want to shape the team in the future, in order to be ready for the 2021 regulations. That is the main topic for us."

Seidl says he has confidence in the system that is refining the rules: "There are very experienced guys working on it on the FOM and FIA side, Ross [Brawn] and all these guys, we have full trust that in the end they know what is important to achieve for 2021 and this is what we are waiting for now.

"We have a good dialogue with them now, so it is important that they have this dialogue with us, that all the teams do consulting work for F1 and the FIA, but at the same time with every team having their own agenda it is simply important that in the end they make their conclusions and broadcast the regulations, and we have to go with it."