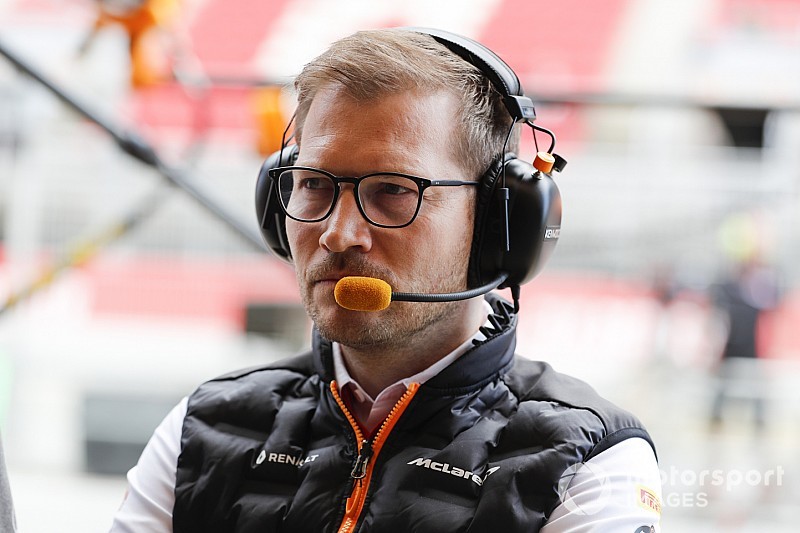 Brown: McLaren in "total clarity" now that Seidl is here

Andreas Seidl's start as McLaren Formula 1 team principal has given it total clarity with its leadership and completed a management team described as "not second-best" in any area.

That followed the promotion of Andrea Stella to performance director and Gil de Ferran to sporting director, in the wake of Eric Boullier’s exit last summer.

Asked by Motorsport.com about what Seidl’s start with the team has done for McLaren’s leadership structure, Brown said: “I think we now have total clarity on the team and the leadership with Andreas.

“I’ve known Andreas for some time, he is a racer and he is technical, he is focused and he is dedicated.

“He is very clear in his direction and, as you know from where we have been, where maybe there have been too many chefs in the kitchen so to speak, now we have got one.

“So everything now I see, I like. We have a great working relationship. I am excited for the future.”

As well as the headline changes on the F1 management side, McLaren has shuffled its pack internally.

Brown says he is now finished with his work in reshaping McLaren’s top brass, but said “what Andreas ends up doing with the racing team is up to Andreas, and he has my full support”.

“From my leadership standpoint I’m done,” said Brown. “I’ve got what I want and am very pleased with.

“I landed everyone I wanted to land, I don’t feel like I got second-best in any of the areas.”

Prior to roles as director of race operations and team principal of Porsche’s LMP1 programme, Seidl managed BMW’s return to the DTM in 2012.

He has said little about his plans for the McLaren F1 team because of the short time has spent in the role, which means he is reserving “judgements or conclusions” about what may need changing.

“For sure I can use the experiences I have made in different categories,” said Seidl, when asked by Motorsport.com if his work elsewhere had already helped him spot opportunities to improve McLaren.

“I think the fundamental points that you need to have in place in order to have a successful organisation are the same, it doesn’t matter if it is a GT racing programme, an LMP programme or F1.

“Overall, the projects I have been involved in the past, they were also works programmes. Big programmes with big budgets. So I am convinced I can bring a lot of experience towards McLaren and apply them.

“At the same time, it is also important to take my time now and respect what is in place. There are a lot of good things. People are committed, there is a lot of talent.”