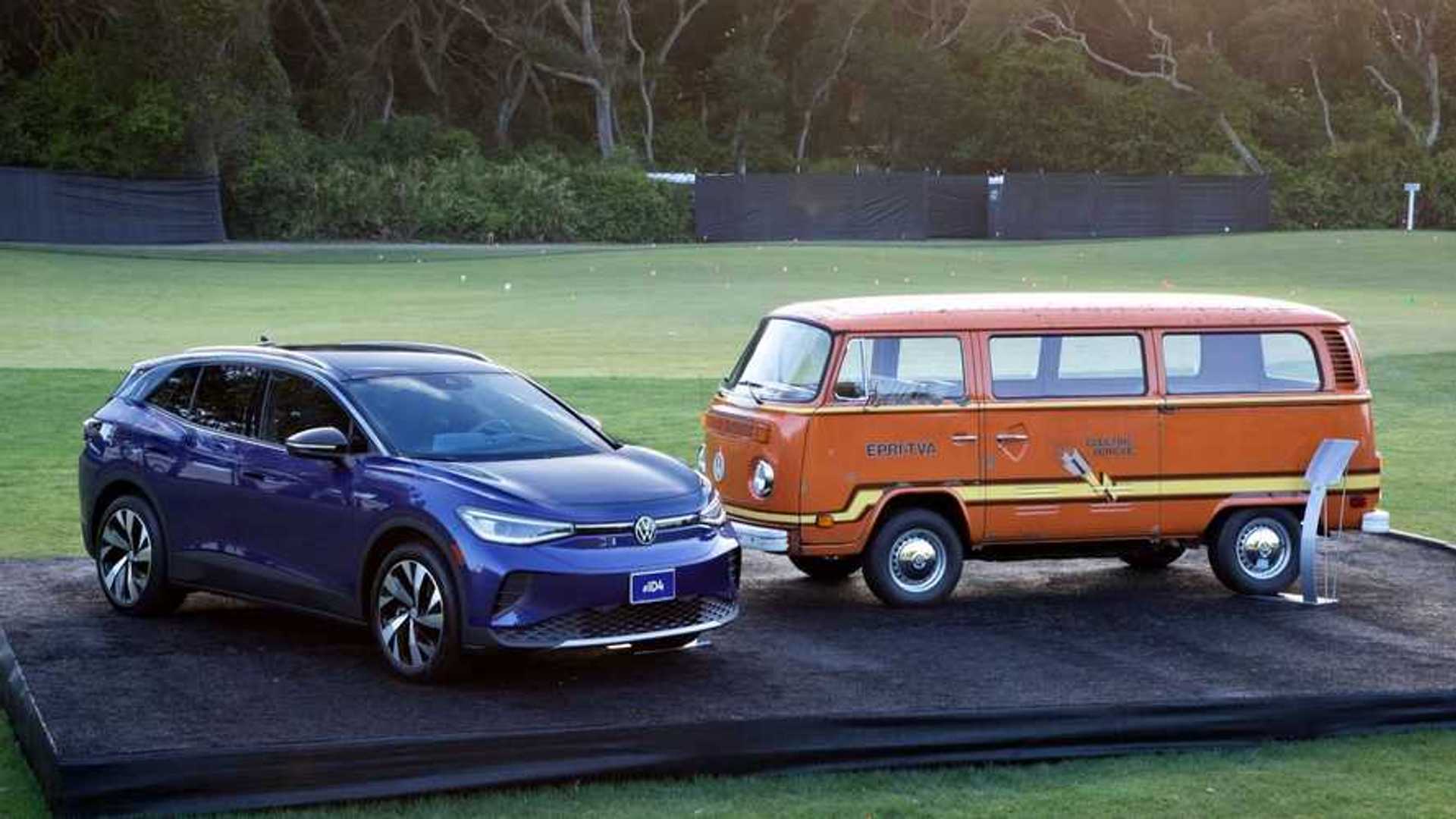 Past And Future Collide At The 2021 Amelia Island Concours

From pre-war darlings to futuristic EV concepts, this year’s Amelia Island Concours has a bit of everything.

At one point I'm puttering down the parkway of Fernandina Beach in a pristine 1964 Volkswagen Beetle like I've accidentally stepped into a time machine, and just a few moments later, I'm riding shotgun down that same stretch of road in an 800-horsepower Lucid Air electric sedan. If someone asked for a snapshot that perfectly encapsulates the Amelia Island Concours d'Elegance, that'd be it.

Since 1996, the Concours has taken up residence in Northeast Florida at the posh Ritz-Carlton golf club. In its inaugural year, the Concours hosted just 163 cars and had an attendance of 2,200 people – these days, the event hosts more than 100,000 visitors and allows attendees to peruse more than 300 of the most stunning cars on the planet. And I was lucky enough to attend this year's event in person.

Best Of The Past

The mark of any good Concours event, be it Pebble Beach or Amelia, is the number of well-kept classics – particularly jaw-dropping pre-war stuff. Occupying the west lawn was a line of Dusenburgs, Cadillacs, Lincolns, and Hispano-Suizas nearly a half-mile long, all kept in immaculate condition even at more than 100 years old in some cases. 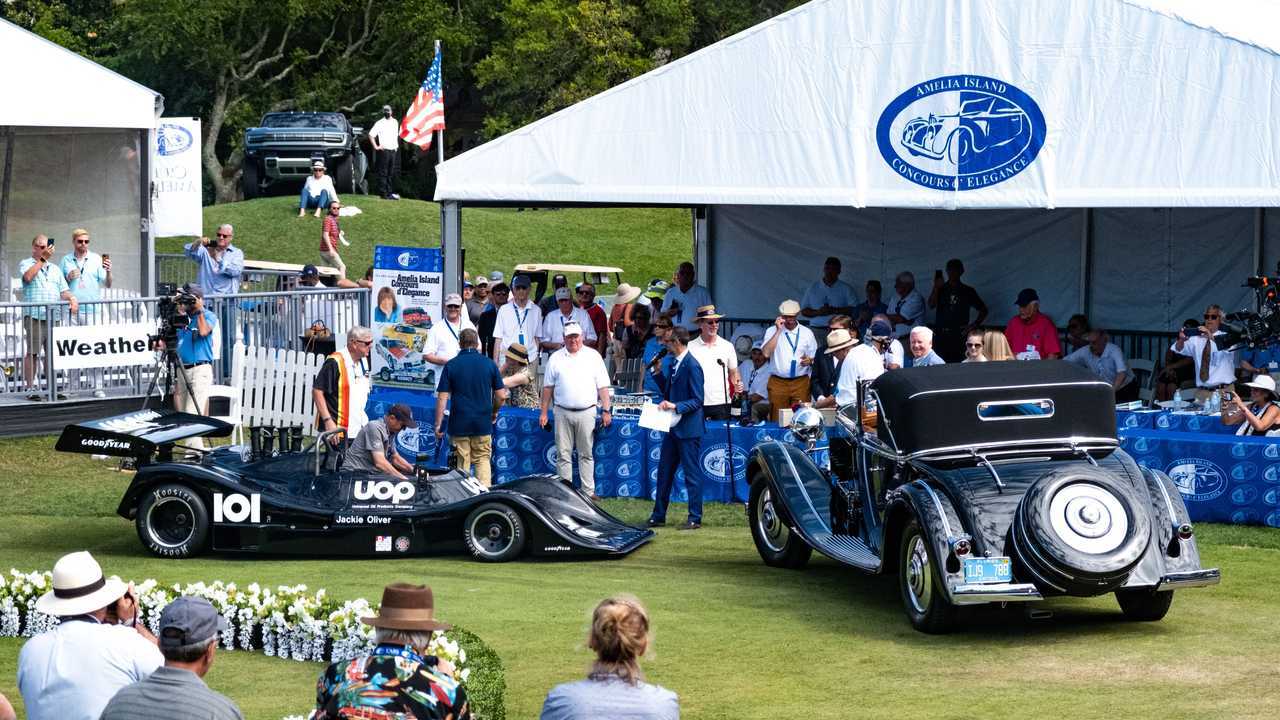 Last year, a 1929 Duesenberg J-218 Town Limousine took home Best in Show honors, but this year saw something a bit different (but nonetheless stunning): a 1926 Hispano-Suiza H6B Cabriolet. The award-winning luxury cruiser is pictured here alongside the racer that took home the top Concours de Sport trophy, a 1974 Shadow DN4. 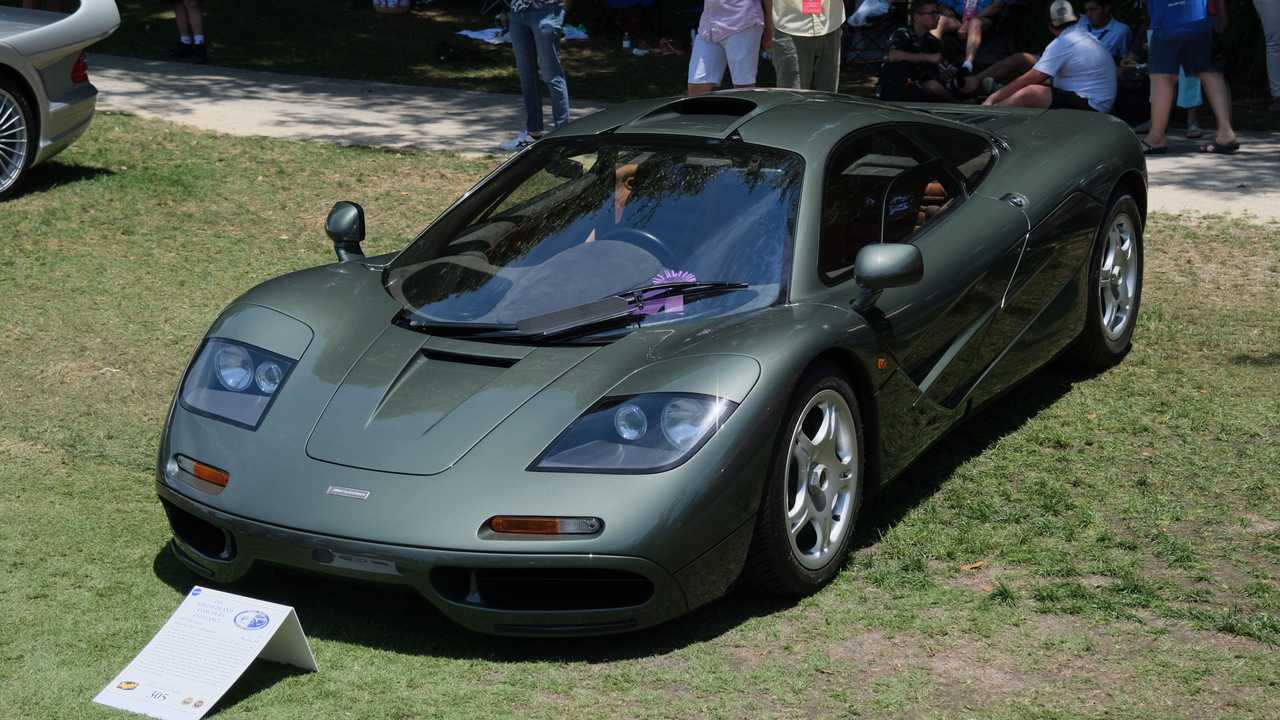 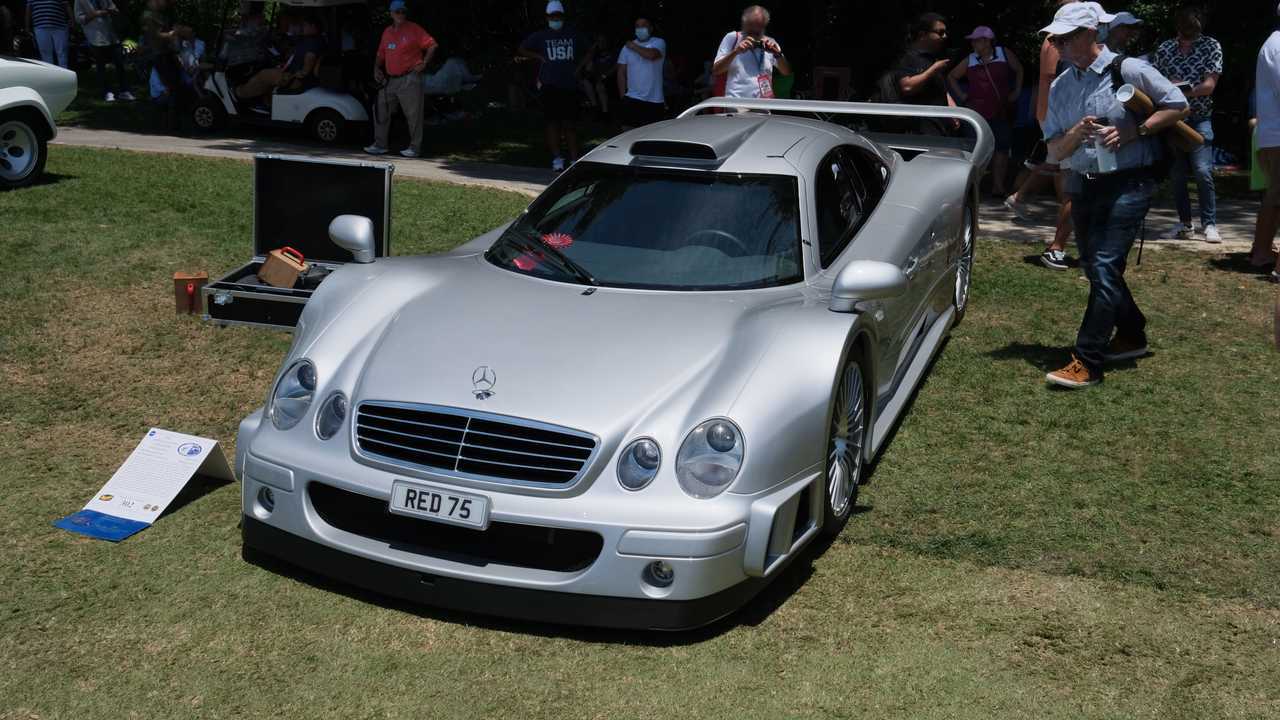 Directly east of that, on the opposite side of the lawn, sat a cacophony of classic cars that might be more recognizable: a McLaren F1, a Mercedes-Benz CLK GTR, even a stunning Jaguar XJR-15 in an eye-searing yellow paint job. And mixed between the big-name automobiles were a few obscure – but equally awesome – options, like a one-of-one 1970 Mercury Cyclone Spoiler II and a baby blue 1952 Maverick Sportster (a rare sport custom based on the Cadillac Eldorado making its Concours debut). 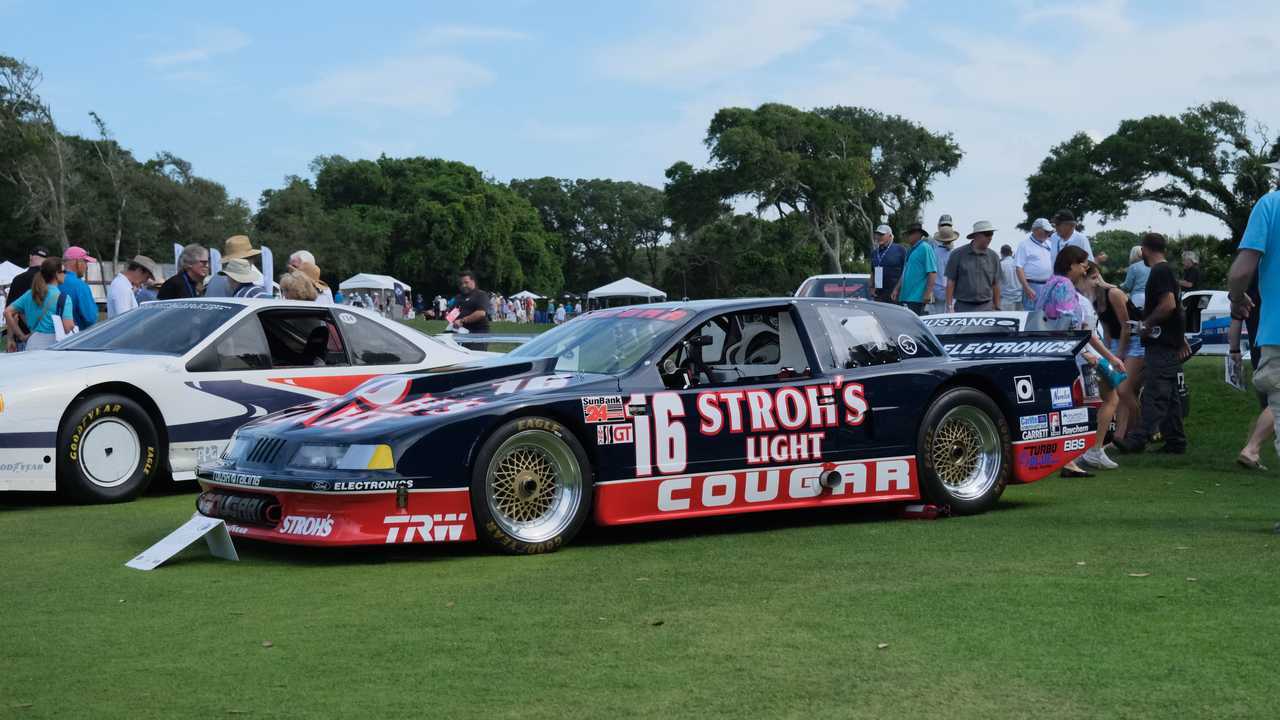 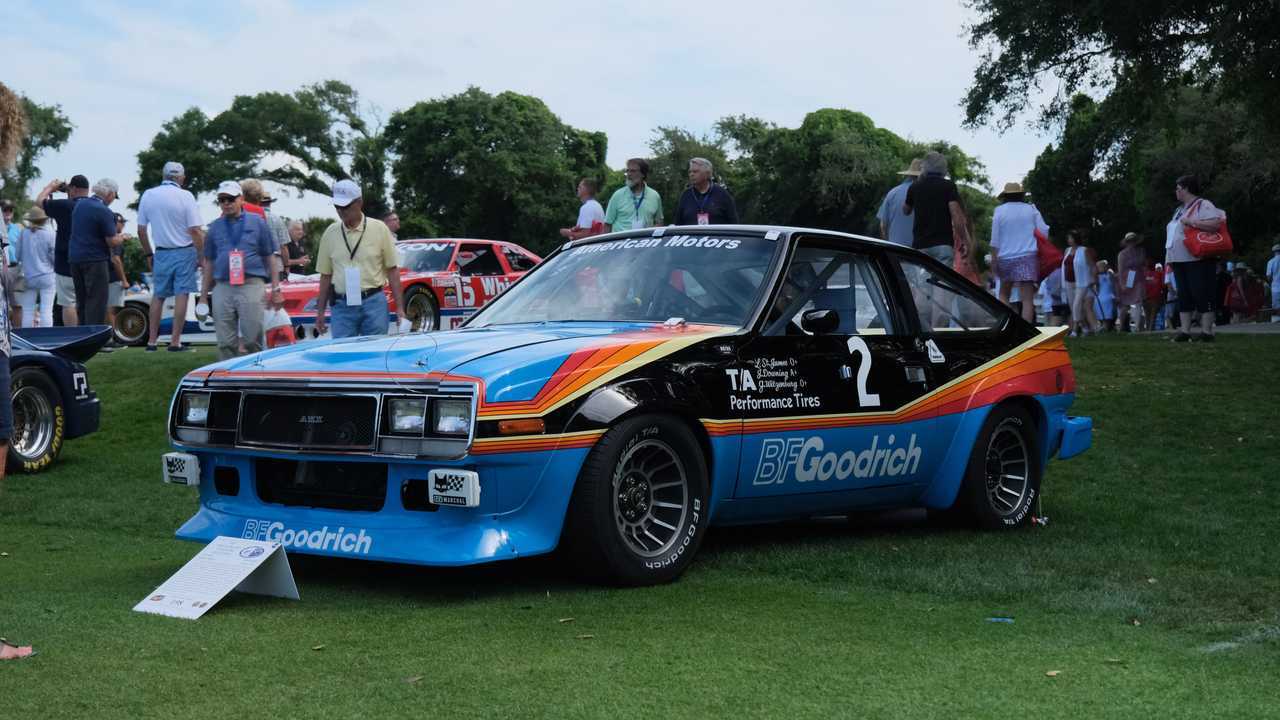 This year's event honored Lyn St. James, a former race car driver who competed in IndyCar and secured two class victories at the 24 Hours of Daytona. Some of her iconic racing cars were on display as well, like a handsome 1979 AMX Spirit with its original, retro-tastic blue-and-orange BFGoodrich livery and a 1989 Mercury Cougar that won the 24 Hours of Daytona.

A Glimpse Of The Future

The classics at any Concours event are always the main attraction, that's a given. But this year we saw upcoming hypercars, a few concepts, and a number of EVs – headlined by a "Take Charge" parade that put battery-powered vehicles center stage. 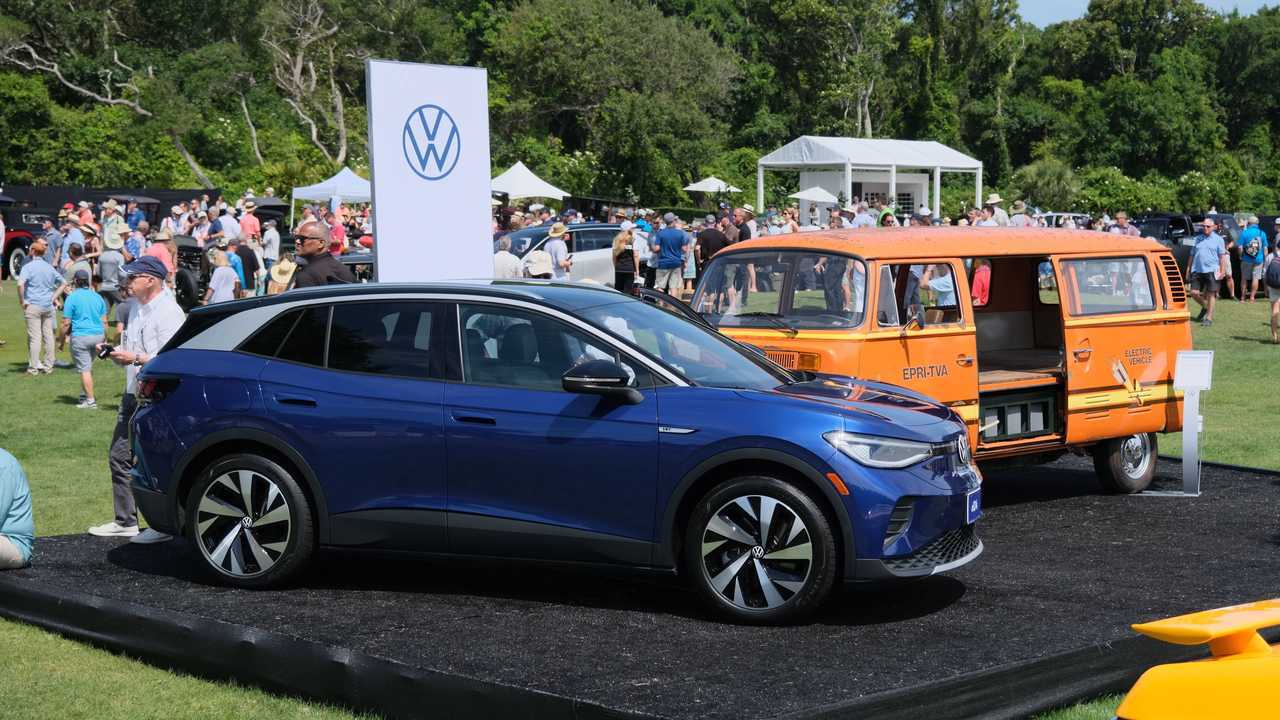 VW made a big splash with a handful of production ID.4 EVs and a 1979 Elektrotransporter. The Tennessee Valley Authority in Chattanooga, Tennessee, once used the electric bus for research and now VW wants to restore the awesome classic back to its original glory. 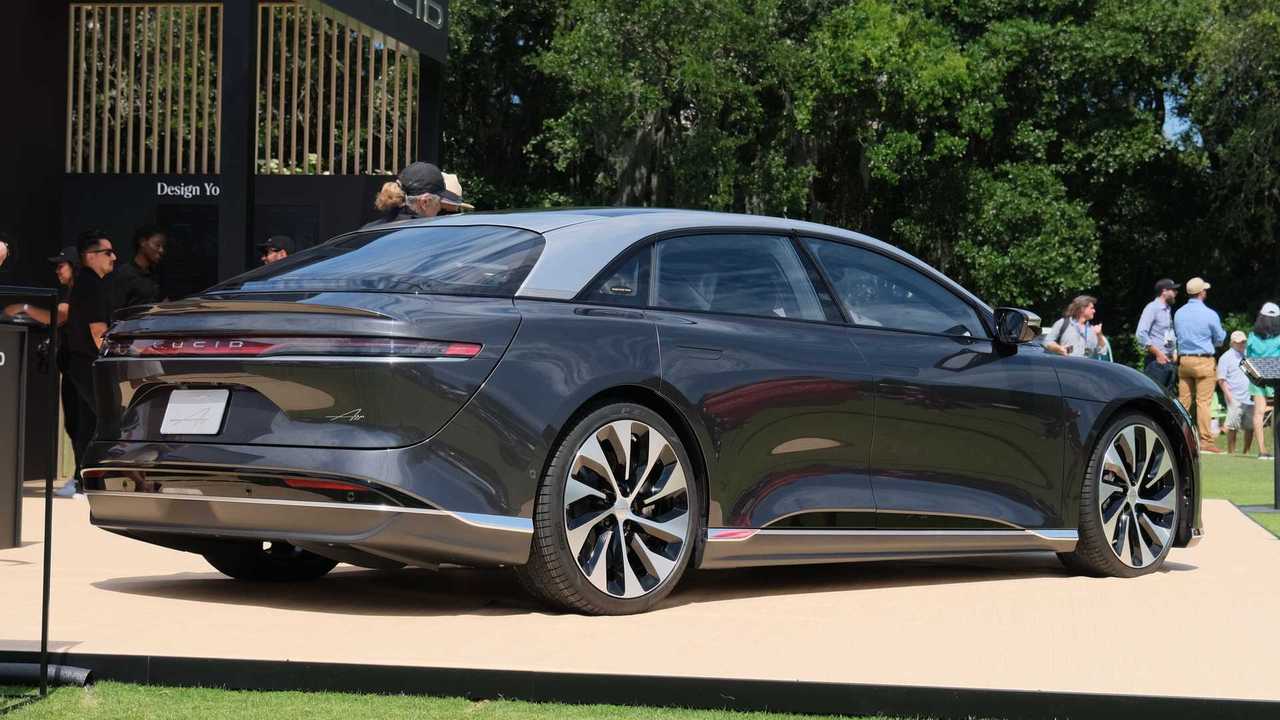 But the most impressive of the bunch might have been the Lucid Air. The company set up shop with a huge booth on the east side of the lawn with two prototypes. I got to ride shotgun in one of them – a Grand Touring model with more than 800 horsepower and an estimated range of 517 miles. With Lucid SVP of Design Derek Jenkins at the helm, I experienced firsthand the Lucid Air's impressive acceleration and high-end cabin, even if it was just a prototype.

Beyond that, Hennessey made its Amelia Island debut, showing off the very first Venom F5 hypercar. I caught up with CEO John Hennessey at the company's booth to discuss the brand's future, and he allowed me the opportunity to pore over some of the more impressive details of the F5. 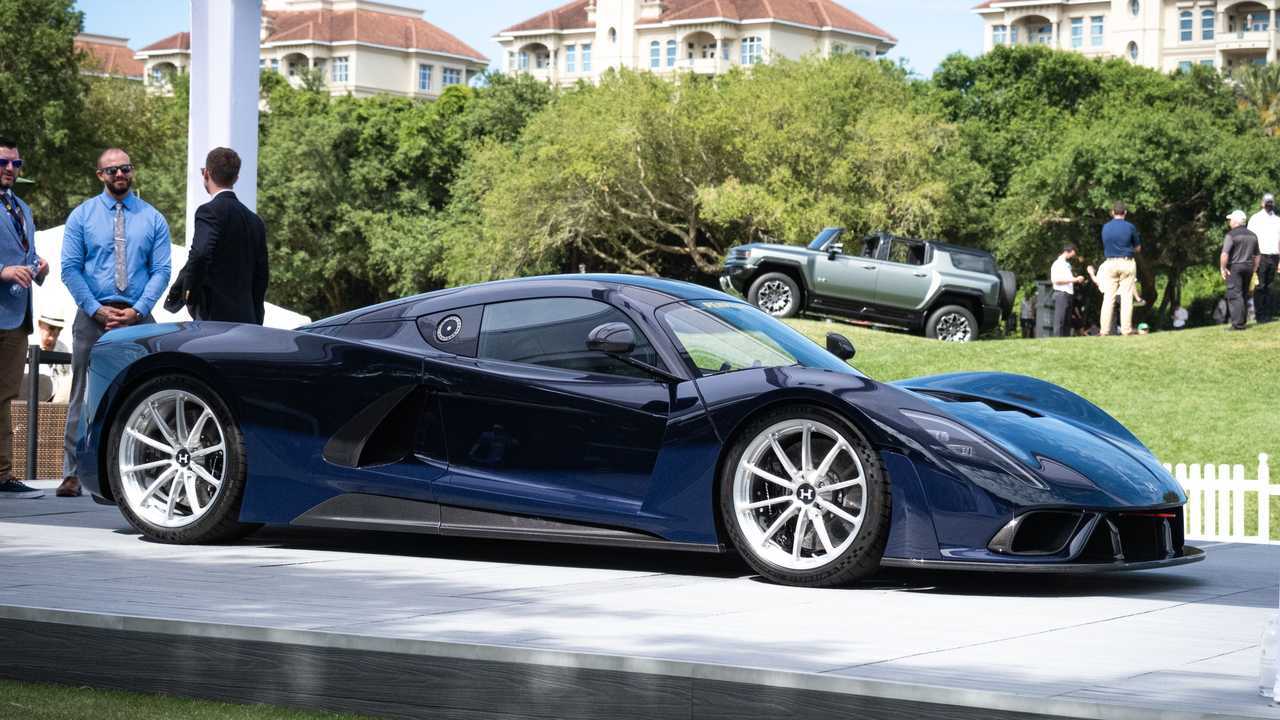 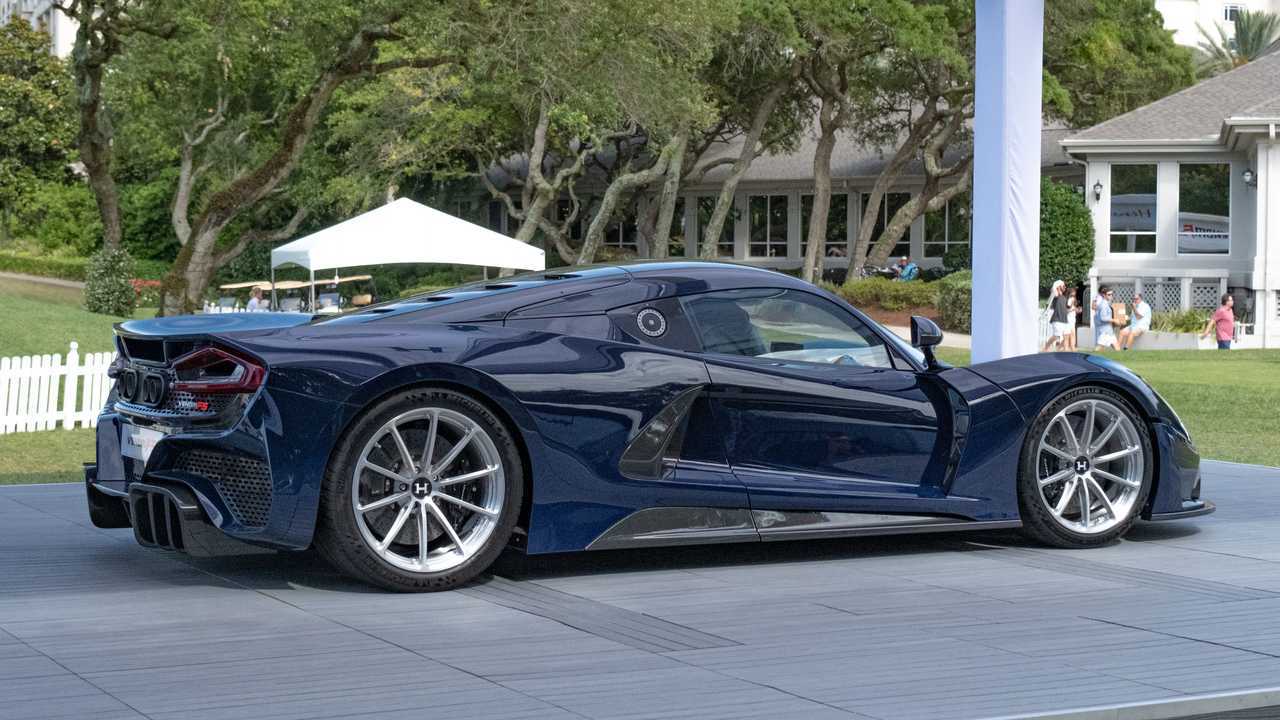 That's what the Amelia Island Concours d'Elegance is all about, the ability to get up close and personal with some of the most impressive cars on the planet. Be it a 1920s Duesenberg or a futuristic EV like the Lucid Air, the wide array of vehicles is what keeps people coming back to this event year after year.