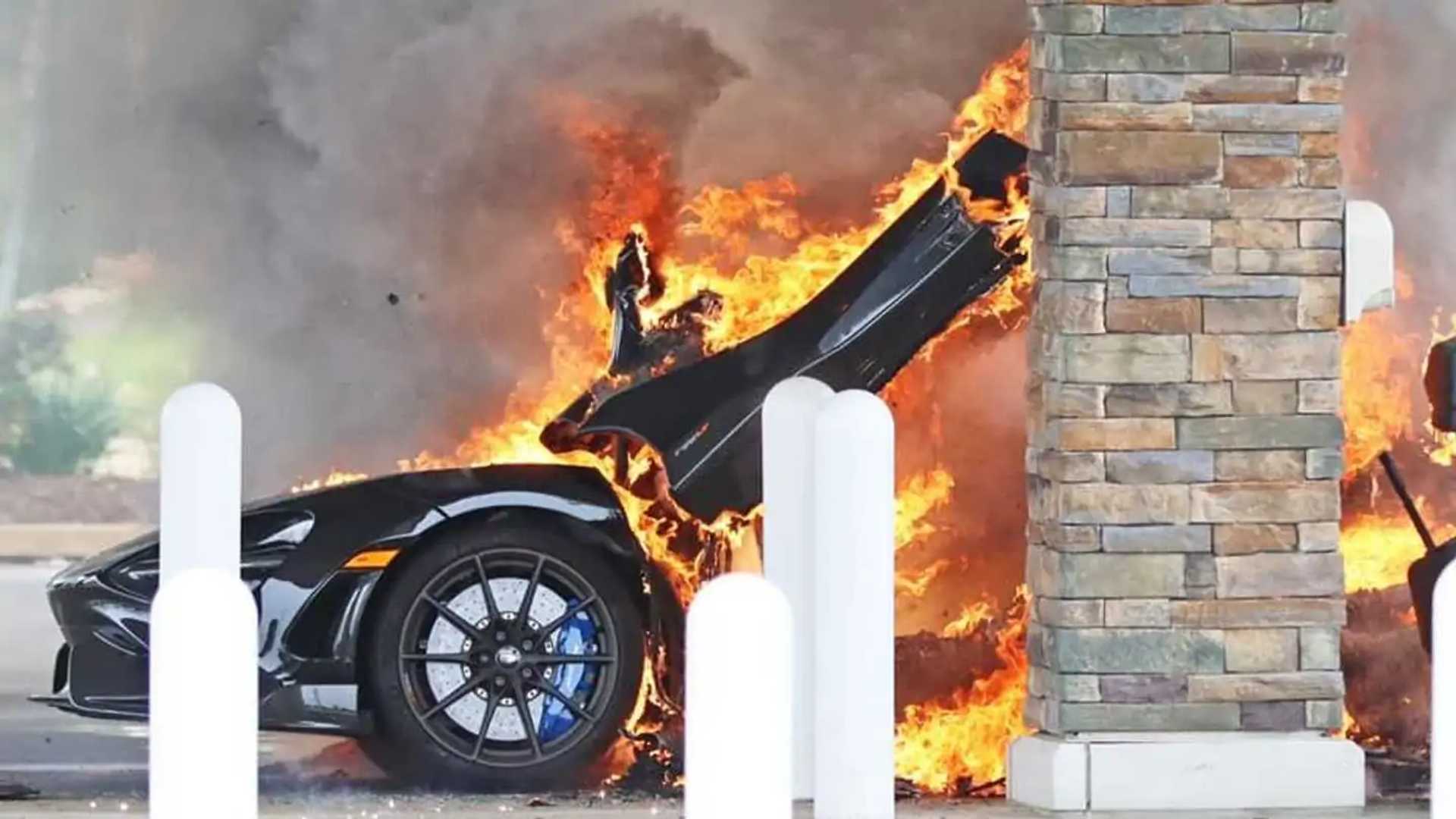 There's not much left.

There's one less McLaren 765LT in the world after one went up in flames inUpper Gwynedd Township, Pennsylvania, which is just north of Philadelphia. The fire took place while the car was filling up at a gas station. There were no injuries, except for the owner's broken heart from losing this limited-run machine.

According to the fire department, crews were on the scene for two hours attempting to put out the fire. They weren't able to quell the flames before the McLaren burned up to a pile of metal and melted plastic. The only body panel that was still recognizable was the hood.

The fire department doesn't specify the cause of the fire, but the images suggest it is somehow related to refueling the vehicle.

The photos of the aftermath indicate that there's going to be no way to repair this car. The monocoque isn't even visible anymore. The only mechanical components still identifiable are bits of the suspension and the exhaust pipes.

McLaren made just765 examples of the765LT. The model packs a4.0-liter twin-turbo V8 that makes 755 horsepower (563 kilowatts and 590 pound-feet (800 Newton-meters) of torque. A tweakedseven-speed dual-clutch gearboxshifts 15-percent faster than a 720S. The model can hit60 miles per hour (96 kilometers per hour) in 2.7 seconds. The company made full use of carbon fiber and other lightweight materials to shed176 pounds (80 kilograms) over the 720.

The765LT had an original asking price of$358,000. We expect the owner's insurance company isn't too happy about the prospect of settling this claim.