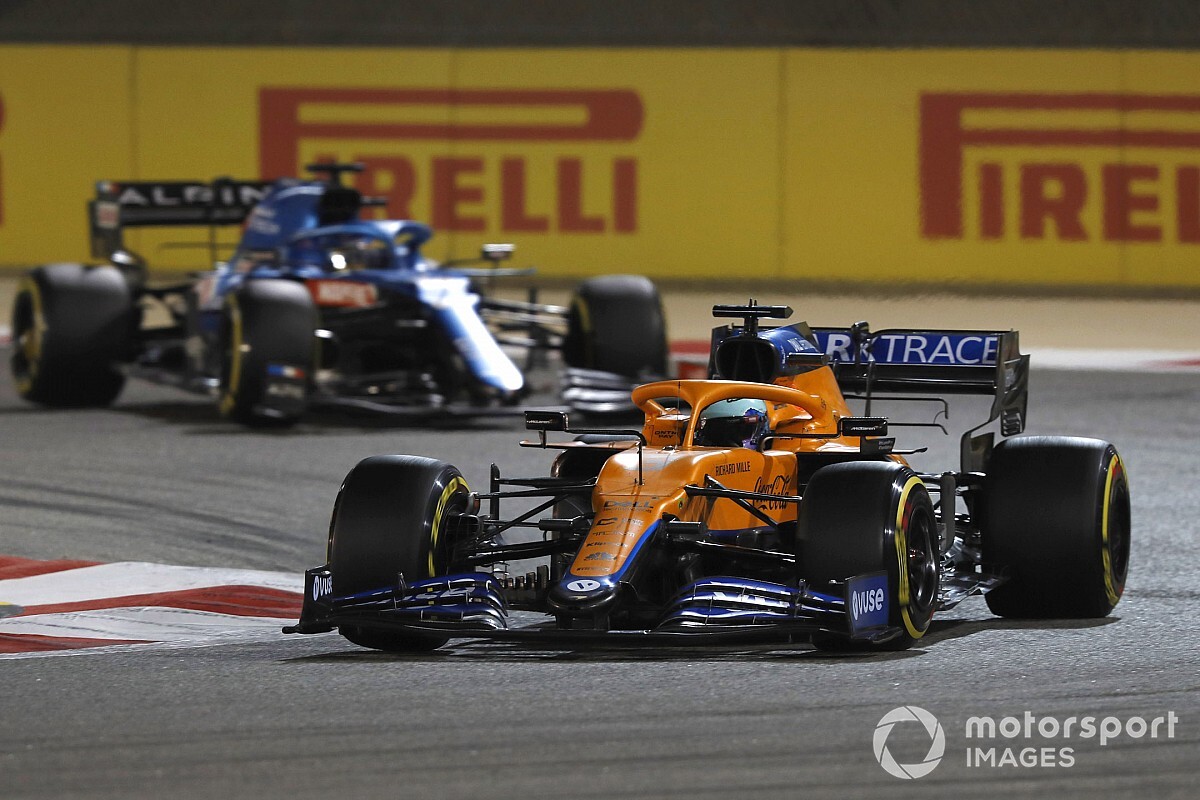 McLaren has revealed that Daniel Ricciardo performance in Formula 1's season-opening Bahrain Grand Prix was hurt by floor damage sustained at the start of the race.

The Australian had qualified in sixth position for his debut with the Woking-based team, but dropped down to seventh in the race, finishing two places and some 20 seconds behind teammate Lando Norris.

A disappointed Ricciardo said after the race that he was hoping his lack of pace had been caused by damage to this car.

"But again if I'm not there yet with pace over the course of 50 laps it's just you know that gap is going to grow so it could just be a result of that."

He added: "I kind of hope I have damage, maybe it explains some of the some of the pace."

A post-race inspection by the team revealed, however, that Ricciardo's floor had been damaged as a result of contact with AlphaTauri's Pierre Gasly, making the McLaren lose "considerable" downforce.

"Post-race we found damage to Daniel's floor from the impact of Pierre running into the back of his car at the beginning of the race," said team boss Andreas Seidl in a statement on Monday.

"The level of damage cost a considerable amount of downforce. Despite the performance loss Daniel used his experience to cope with the issues and score important points for the team. We now look forward to the next race."

Ricciardo admitted he had not felt the impact from Gasly's car at the start of the race.

"To be honest, I didn't, no. I heard he had damage so I only saw him at the end of the race and said 'Oh what happened?' and he goes 'I ran into the back of you'.

"So I had no idea but yeah, if my floor looks destroyed then I'll probably sleep better tonight."