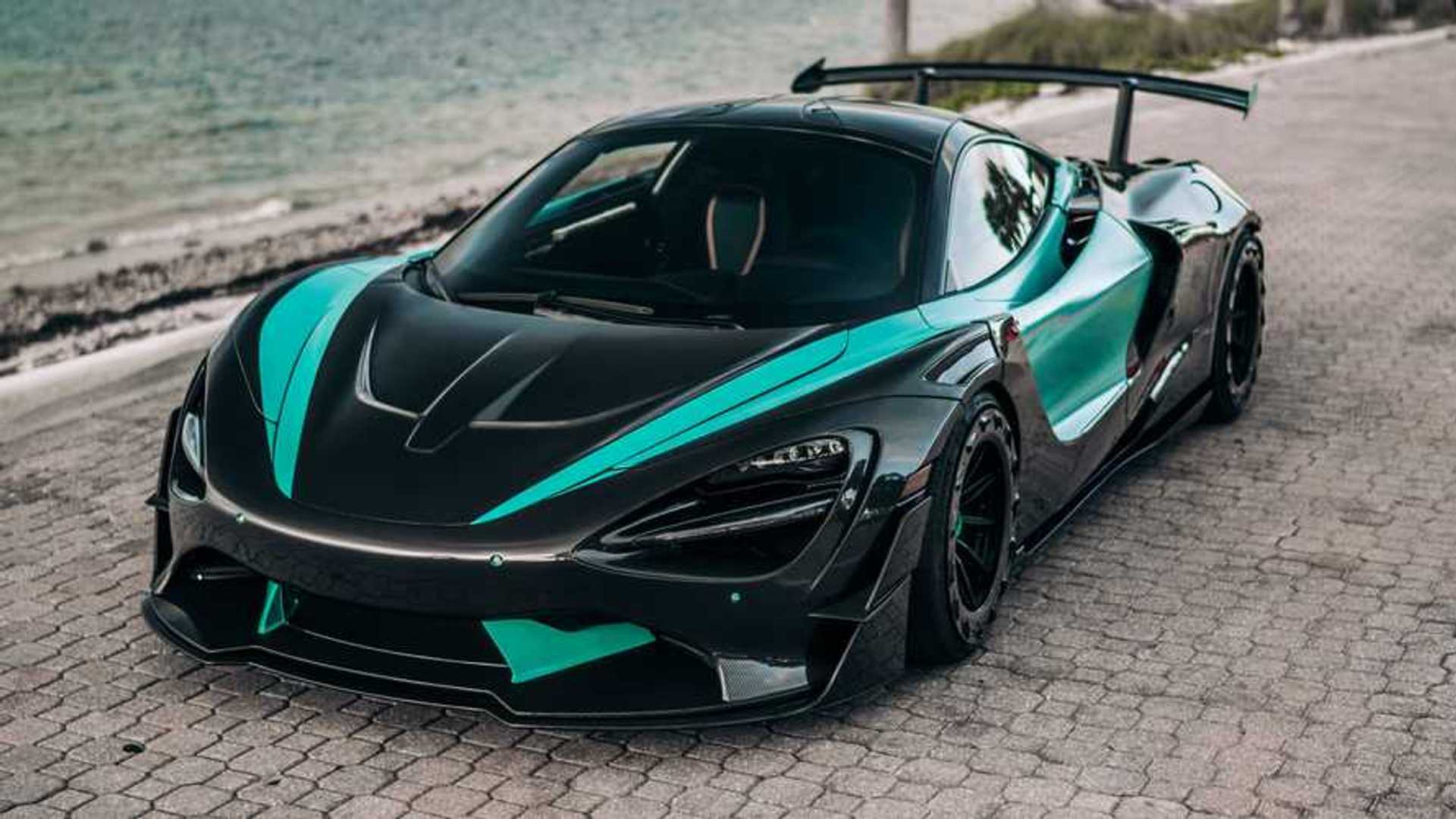 1016 Industries is pushing hard to implement 3d printing as a scalable method for creating automotive parts. The company's latest step forward is this modified McLaren 720s that combines an exposed carbon fiber body with a variety of 3d-printed components.

To break up the bare carbon,1016 Industries uses a variety of teal accents to accentuate the body. These include parts of the front splitter, stripes on the hood, much of the doors, portions of the rear bumper, and the wing endcaps.The 3d-printed parts are theinner bumper structures, aerodynamic ducting, and linkages in the wing.

The company says these changes result in the 720S dropping 268 pounds (122 kilograms). For reference, a stock 720S weighs 3,128 pounds (1,419 kilograms), so the parts shed nearly nine percent off the supercar's weight.

This car belongs to1016 Industries CEO Peter Northrop and exists as a fully functioning example of what the company can do with carbon fiber and 3d printing. By late 2021, the company wants to have full manufacturing of 3d-printed parts in place. It intends to have components for other supercars, not just the 720S.

"It’s no secret that 3D printing presents a dynamic case for more nimble manufacturing, but the technology has also allowed our engineers to realize drastic improvements to the quality and precision of each functional part. The 000 custom represents an industry first, and while we are incredibly proud of what we achieved here, this is just the beginning,"Northrop said.

The 3d printing of actual components rather than using the tech for rapid prototyping is still in its infancy in the auto industry, but the innovation seems to have a bright future. For example, Cadillac is using this method to make the gearshift medallion, HVAC ducts, and wiring harness for the Blackwing variants of theCT4-V and CT5-V. In addition, the BugattiChiron Pur Sport has printed titanium for the covers over the exhaust tips.