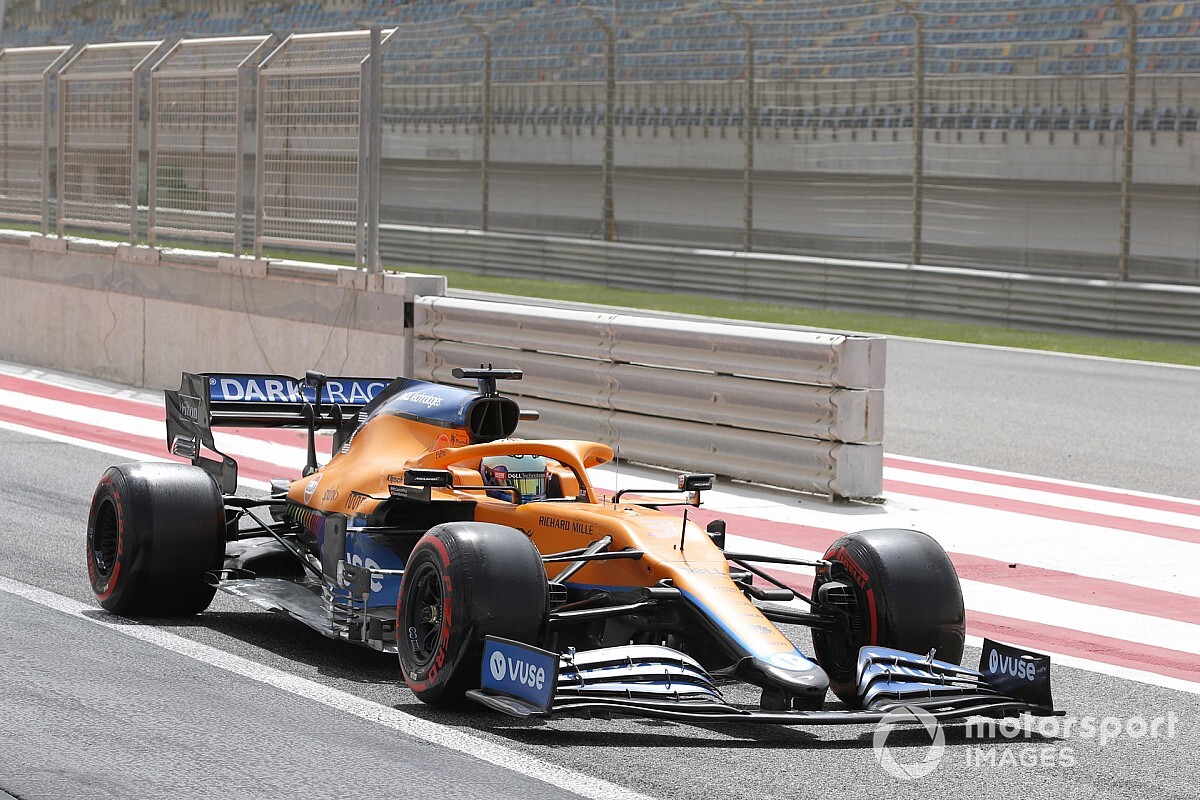 Daniel Ricciardo wants to wait until he's driven McLaren's new Formula 1 car in cooler conditions before judging how good it is, after suggesting it hasn't felt 'electrifying' so far.

While the new MCL35M has impressed onlookers with its speed and stability out on track, Ricciardo is holding fire on getting too carried away by its potential.

He says that the timing of his runs in the car, having only driven in the warmer daytime conditions in testing so far, makes it hard to judge its full potential despite him delivering pace-setting laptimes.

So he prefers to wait until the final afternoon of running he gets on Sunday, which takes place in more representative cooler conditions, before concluding where the car stacks up against the opposition.

"It's certainly handling itself pretty well at the moment," he said when asked if the car felt as good in the cockpit as it looked on track.

"I think not to dodge the question but I need to get one of these evening sessions under my belt because, even though we've been quick on the timesheets, in the day sessions, the track is 40 degrees.

"It's not that representative of what I'm used to around here, so naturally the car is sliding and moving around so it doesn't feel electrifying. But relative to the track, we're obviously doing okay.

"So yeah, I think, 24 hours' time, I'll probably have a better understanding of really how well balanced it is. But I think both days you know, with a 180-degree wind direction change, we've been pretty solid so there's certainly more positives than not at the moment."

Ricciardo said he had no complaints with his first track experience of working with McLaren, and said the team had ticked off a lot of its job list from the first pre-season test.

"I think it's all gone pretty smooth," he said. "I don't know what could have gone better yet. Faster lap times! But no generally, I think it's been pretty good.

"We've done most runs that we planned. I think now, I do the evening session tomorrow, and that will just complete the picture.

"Obviously that's when we race here and qualify, so that will give me probably a better understanding of where the limit of the car is in let's say more optimal conditions."