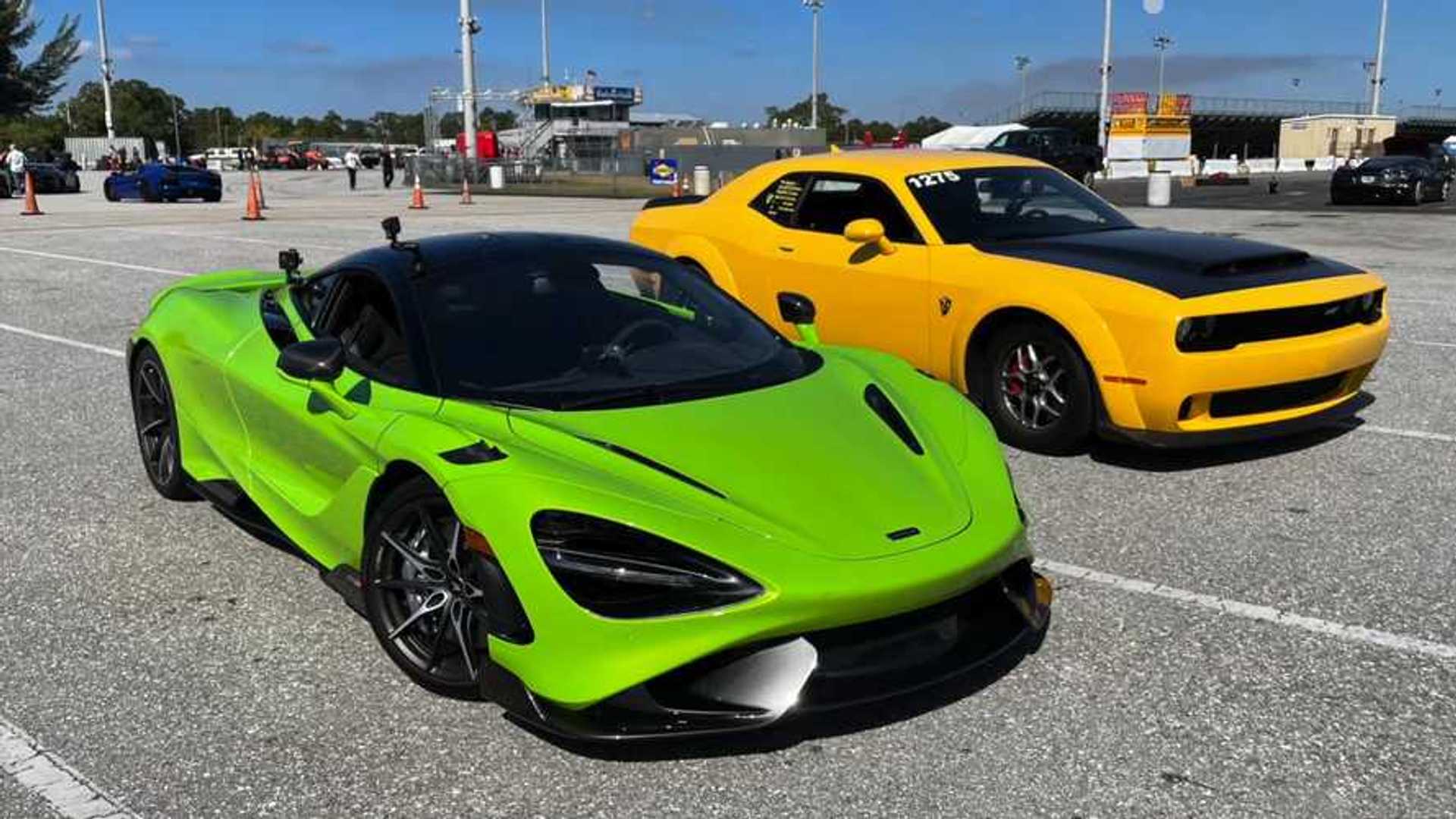 That’s a lot of horsepower racing down the track.

The Dodge Demon was born and bred to dominate at the drag strip. It’s packed with unique technologies that help it produce a tremendous amount of power and allow it effectively put it to the ground. However, there’s another drag racing king from McLaren that calls into doubt the Demon’s dominance – the 765LT. The sleek McLaren has returned stunning quarter-mile times, and this new matchup with the Demon is quite exciting to watch.

The first race saw the Demon get a great start off the line, clawing itself a small lead. However, it wasn’t one it could keep. The 765LT quickly caught up, passing the Dodge just before the finish line to return a 9.480-second quarter-mile time at 151.12 miles per hour (243.20 kilometers per hour). The Demon was right behind it with a 9.919-second quarter-mile time at 138.07 mph (222.20 kph). The second race saw the McLaren get a much better start, keeping the Demon in its rearview mirror with a 9.456-second time.