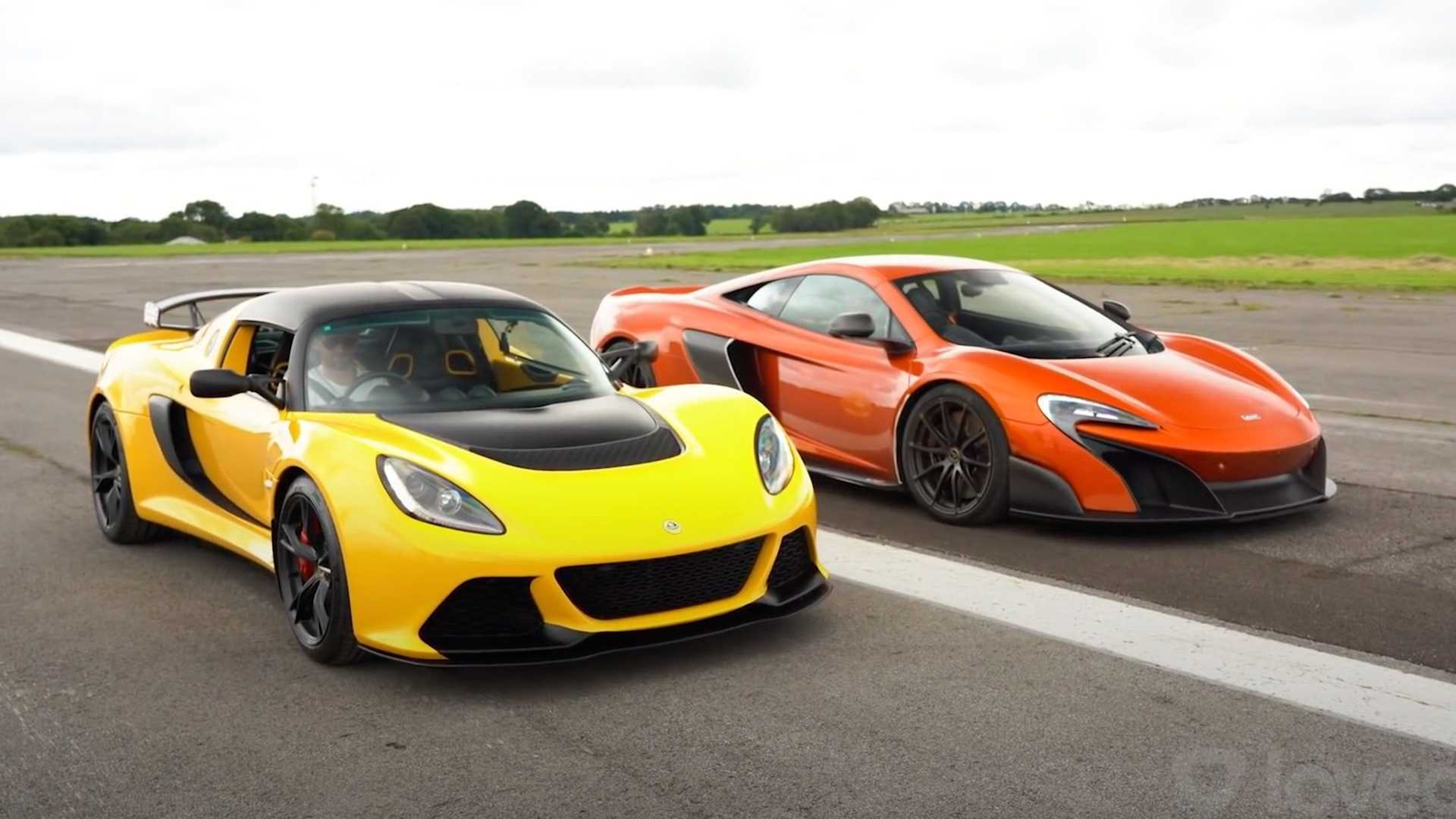 Is the Lotus Exige supercar quick?

In this unlikely drag race pairing, we see if a Lotus can keep up with a top tier McLaren supercar. On paper, it may not seem like a fair fight but as you’ll see in the video this isn’t as one side as you think. When it comes to comparing some of the most focused British performance cars ever built nobody is more qualified than Tiff Needell and the team from Lovecars.

Our first contender is the McLaren 675LT, a special supercar that kicked off McLarens now-legendary LT limited production models. Powered by a twin-turbo 3.8-liter V8 engine that produces 666 horsepower (496 Kilowatts) and 516 lb-ft (700 Newton-meters) of torque, this 2,927 pound (1327 Kilogram) supercar can sprint from 0 to 60mph in under 3.0 seconds. The 675LT was lighter and more powerful than the 570S it was based on benefiting from parts from the P1 Hypercar and more track-focused engineering.

On the other end of the performance car spectrum, we have the analog Lotus Exige V6 Club Racer. This light-weight manual transmission track special is the pure distillation of driver engagement. Powered by a Toyota-sourced 3.5-liter V6 that’s now supercharged to 345 horsepower (258 Kilowatts) and 295 lb-ft (400 Newton-meters) of torque, the little Lotus leaps from 0 to 60mph in only 4.0 seconds. Weighing in at a scant 2559 pounds (1,161 kilograms) the featherweight Lotus’s driving dynamics can be affected by the size of your pre-drive lunch.

In this battle of computer monitored performance versus simplify and add lightness there can only be one winner. If we went on only spec sheets there is no contest here, however, the unpredictable real world means that anything can happen on a drag strip.