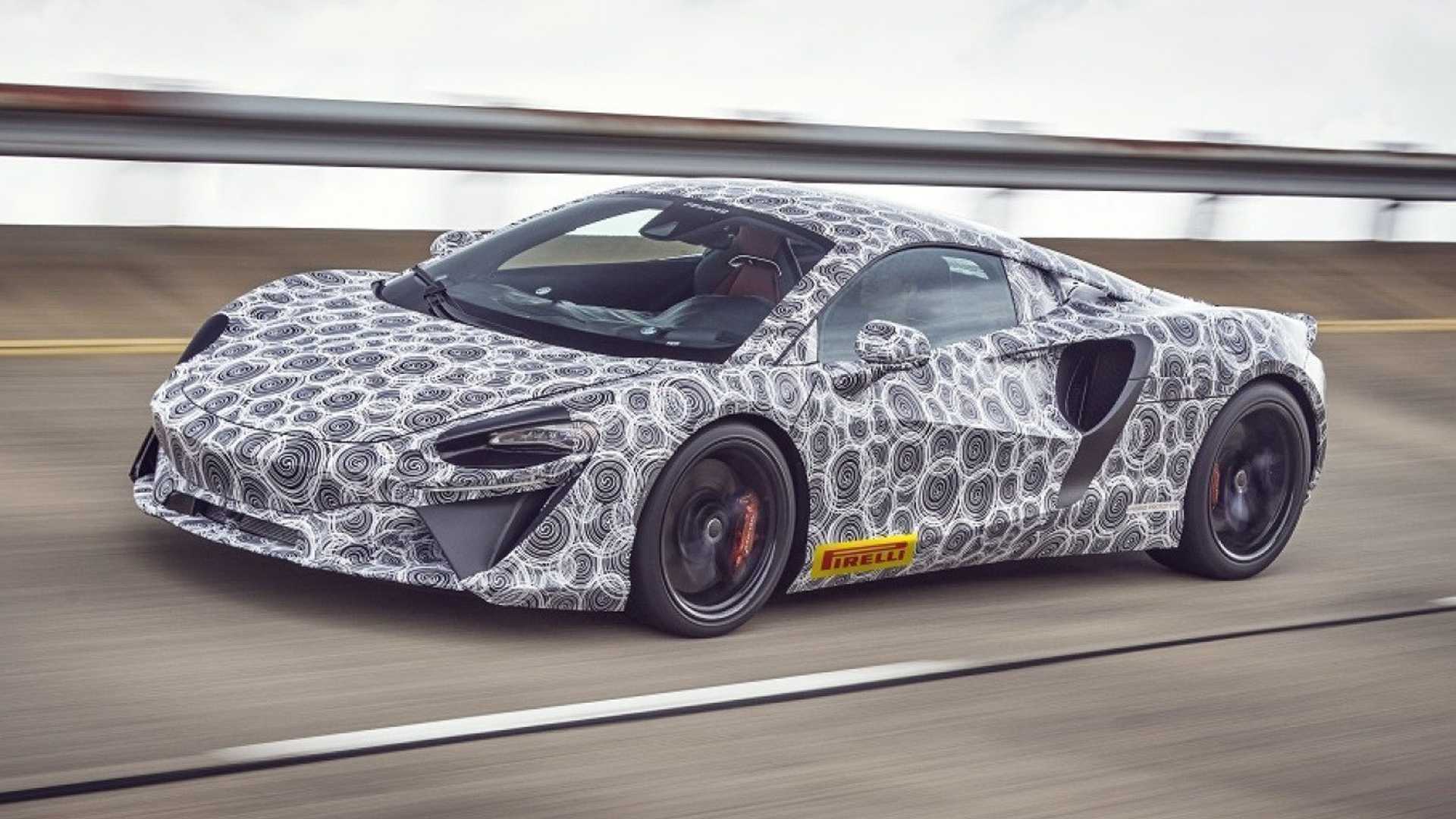 McLaren just can’t stop releasing new cars. The Woking-based company has just released the first teaser image of a new supercar that it’ll unleash early next year. The yet-unnamed model will be “one of the most significant unveilings” in the company’s entire history and will mix hybrid power, new technologies, and lightweight construction.

This bold statement is backed up by a new carbon fiber chassis (called MCLA) together with an all-new hybrid powertrain consisting of a V6 turbo engine and an unspecified number of electric motors. McLaren is now making the first tests of the new car and the new powertrain on public roads with a disguised prototype wearing a production body.

The first series-production high-performance hybrid (HPH) from McLaren has entered the final stages of development. Due to launch in the first half of 2021, it features a new HPH powertrain, V6 engine and new carbon-fibre structure - the McLaren Carbon Lightweight Architecture pic.twitter.com/0WTnsO9TZO

“We have 45 prototypes on the test fleet,” Steve White, Principal Engineer within McLaren’s Vehicle Development Team, explains. “These include eleven ‘mules’ which have been disguised to look like other McLaren models, though underneath they’ve got the new powertrain, chassis, and electrical architecture, all hidden under the body. We’ve also had a modified 600LT driving around with new parts on it, which has allowed us to go out and get some really good tire testing done before the rest of the car is ready.”

Hybrid McLarens In The Works:

Apparently, as While hints, the supercar is almost all-new - from the engine to the chassis, to the tires, to the electrical architecture, and others. McLaren even describes it as a “next-generation” supercar to reflect all the new components that are used during its design and development. Or, simply put, “there’s a lot going on under that camo.”

It’s difficult to predict when the new McLaren hybrid supercar will debut but the automaker says it “cannot wait to show it to customers.” We suspect this means the car is in the final stages of its development and we will see it in full during the first quarter of next year before it goes on sale later in 2021.