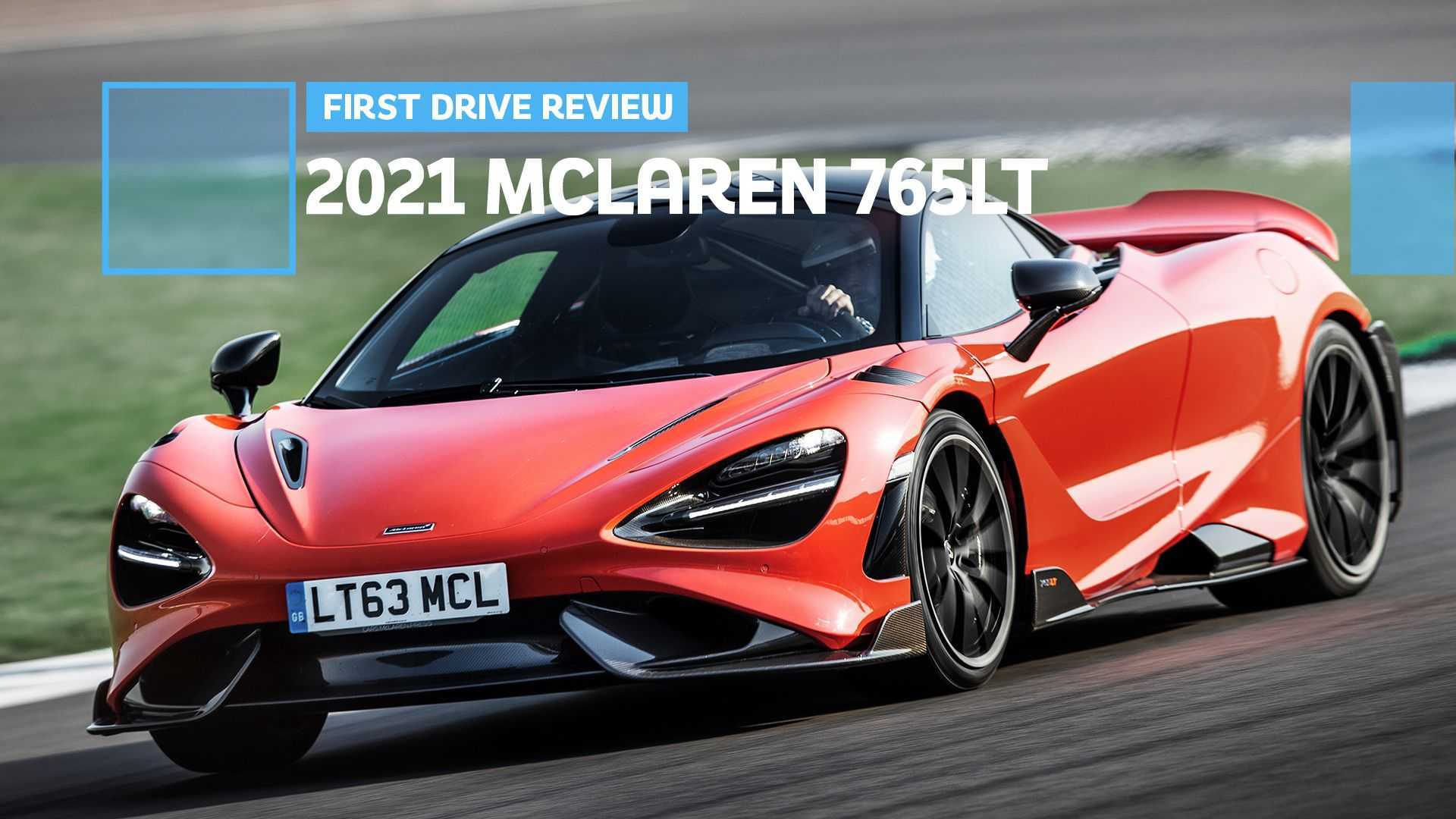 Ever smiled so much that it starts to hurt? It's rare to find a car that can make you enjoy yourself that much, and perhaps even rarer for a supercar which usually results in a blend of emotions ranging from exhilaration to fear. However, there was nothing but smiles I found at Silverstone earlier this month driving the 2021 McLaren 765LT.

"Well they don't make them any slower," quipped a friend when I said I was to test drive another McLaren supercar. 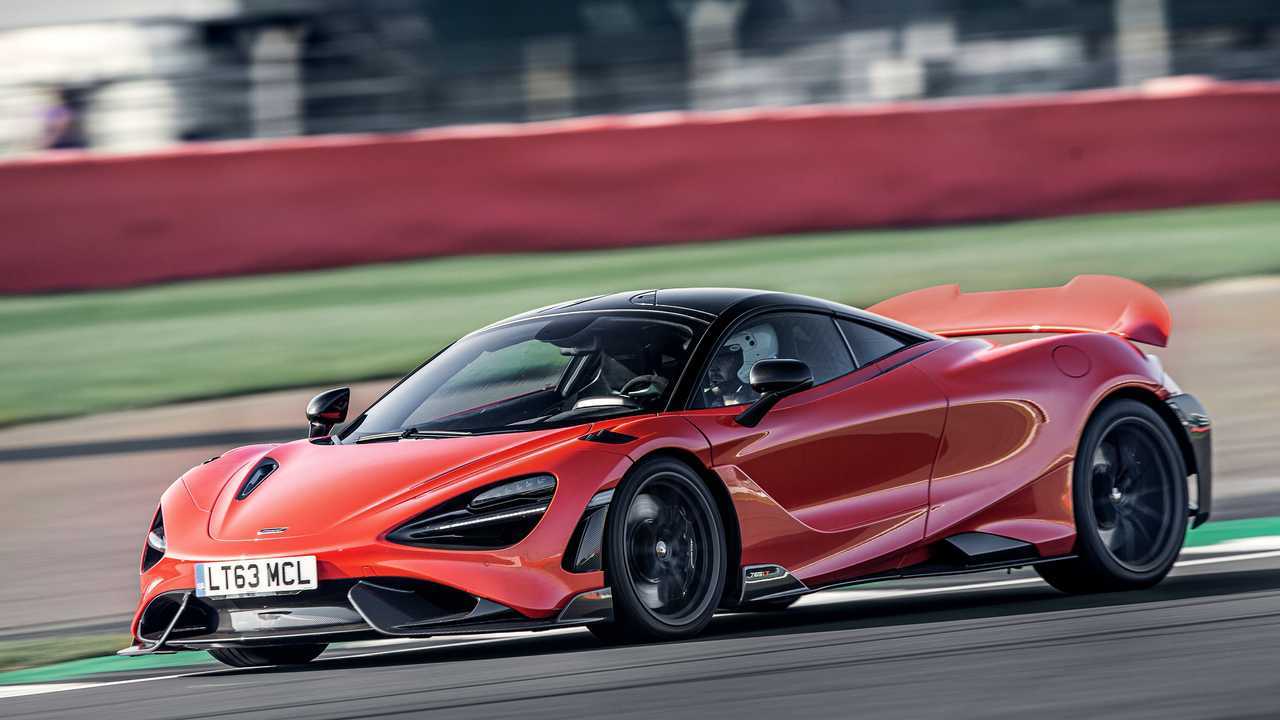 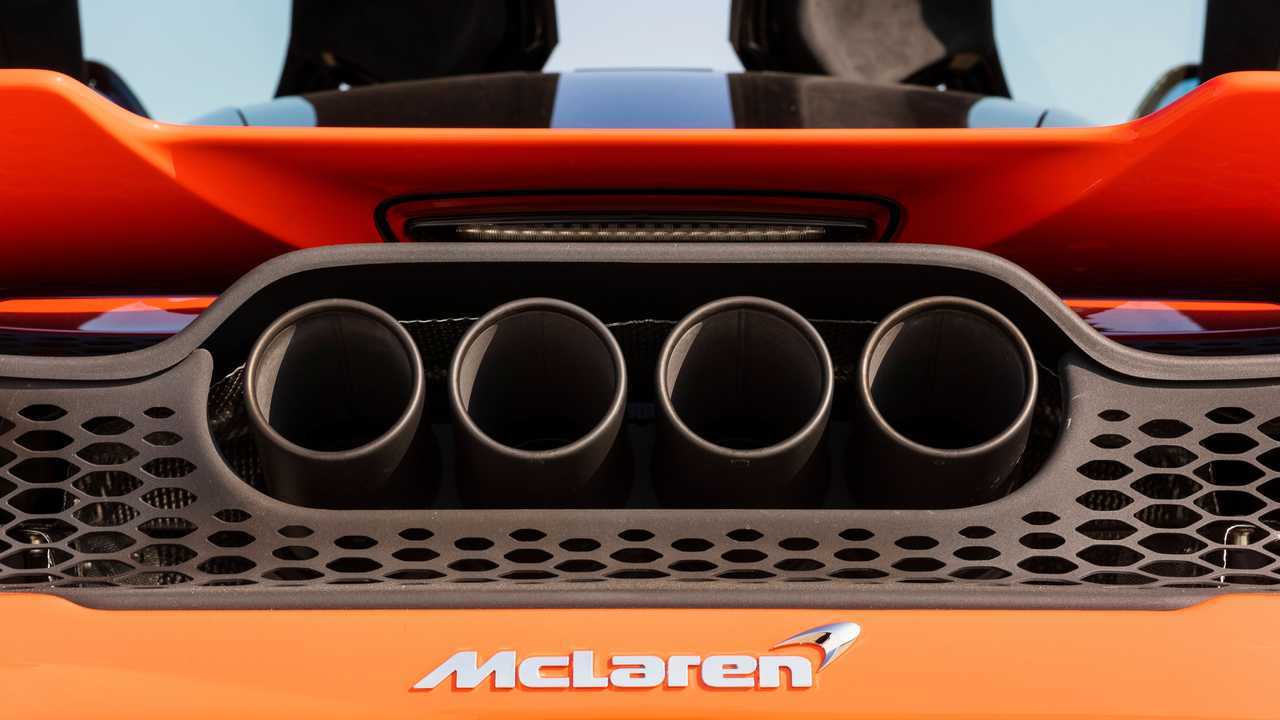 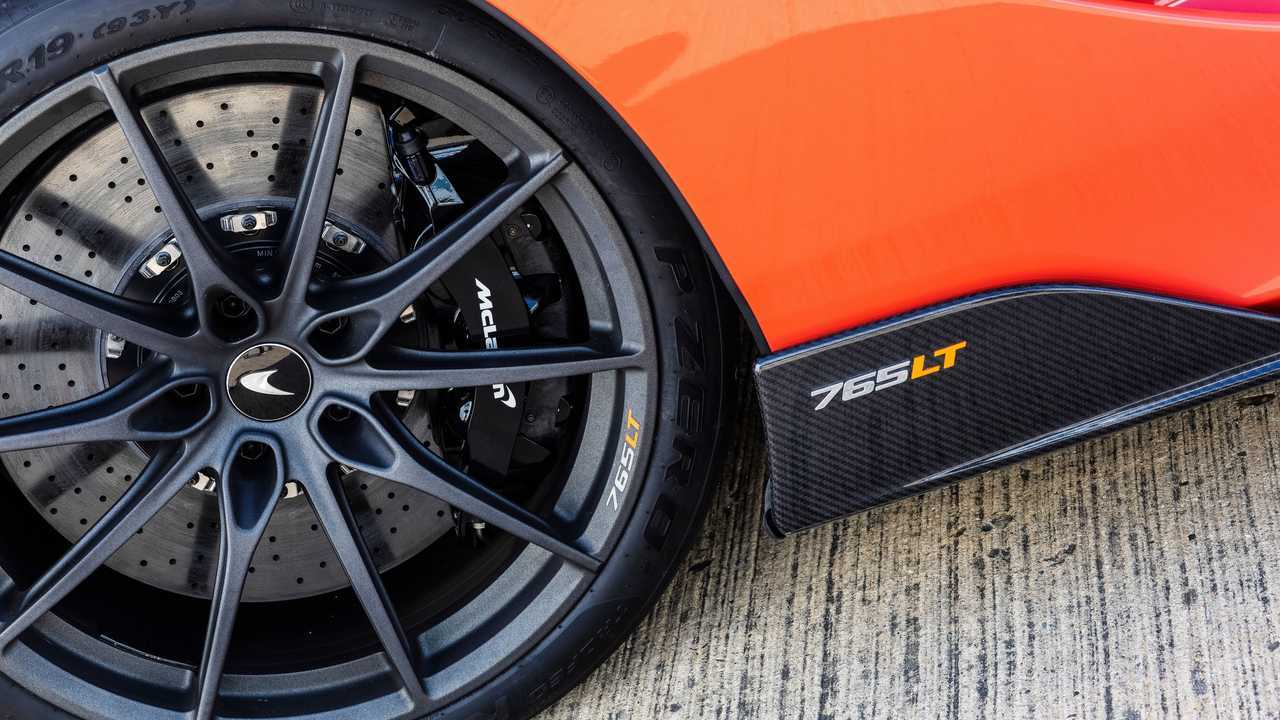 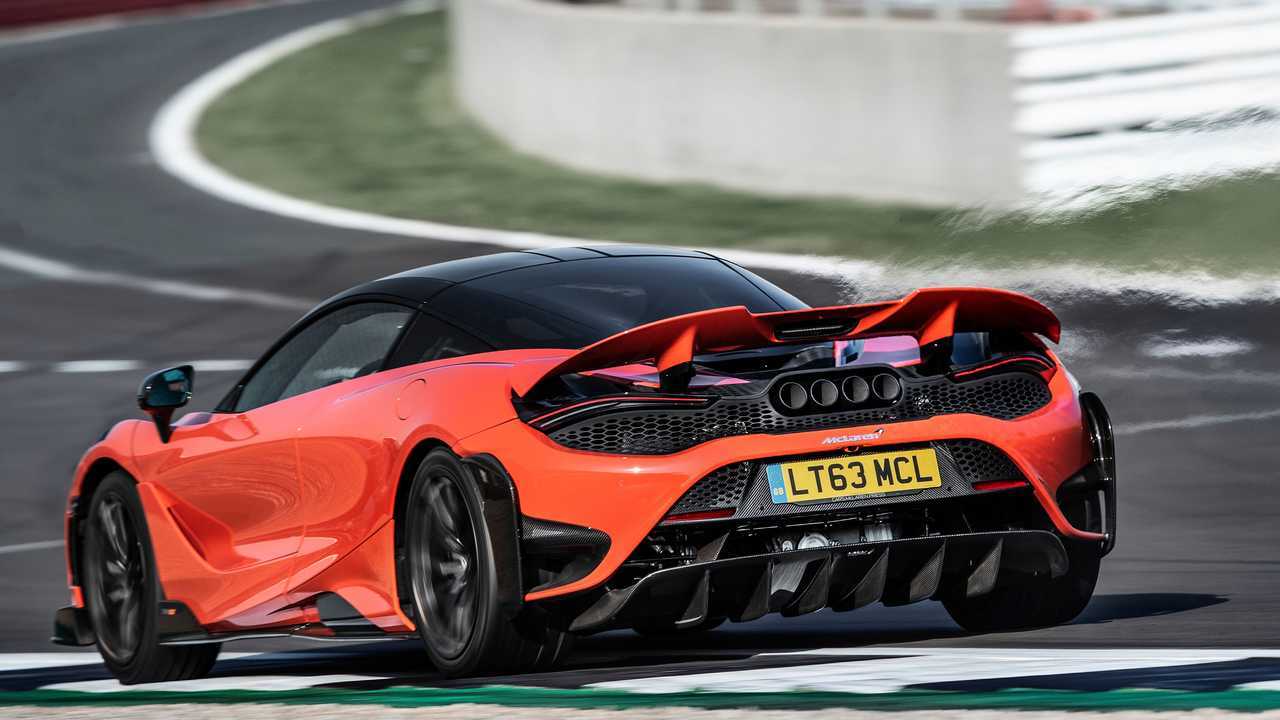 The 620R I drove at Snetterton in August was anything but slow, but as my friend rightly pointed out the only way was up and when compared to McLaren's newest model – the 765LT – it's chalk and cheese. The 765LT is the latest model in McLaren's 'Longtail' dynasty which stretches back to the F1 GTR the company introduced in 1995, and would go on to claim victory at that year's illustrious Le Mans 24 Hours.

It has a racing pedigree in its DNA, and being an evolution of McLaren's phenomenal 720S means that it already has a strong starting point from which to build. The 720S is a formidable machine in its own right, but what the engineers at McLaren have done is take everything to the next level, because they wanted to, and more importantly, because they could.

As McLaren's vehicle development manager for the 765LT, Tom Derbyshire, says, it's about "putting a smile on your face," and creating the best driving experience possible.

The 765LT has a racing pedigree in its DNA, and being an evolution of McLaren's phenomenal 720S means that it already has a strong starting point from which to build.

"For us it's really not been about chasing specific numbers, it's about delivering the best driver's car that we possibly could with the vehicle that we put together," he says. "There are certain areas where we come up against what the technology and what the hardware will allow us to do, but other areas we've made a conscious decision to position it in a certain place for the enjoyment of the driver."

It's an incredible 176 pounds lighter than the 720S – basically the equivalent of a medium-sized passenger – having introduced a titanium exhaust system, Formula 1-grade transmission materials, thinner glass and motorsport-style polycarbonate glazing, while using carbon fiber for more of the body panels. The air-conditioning and audio system are no-cost options, too, just to help save those few extra kilograms. 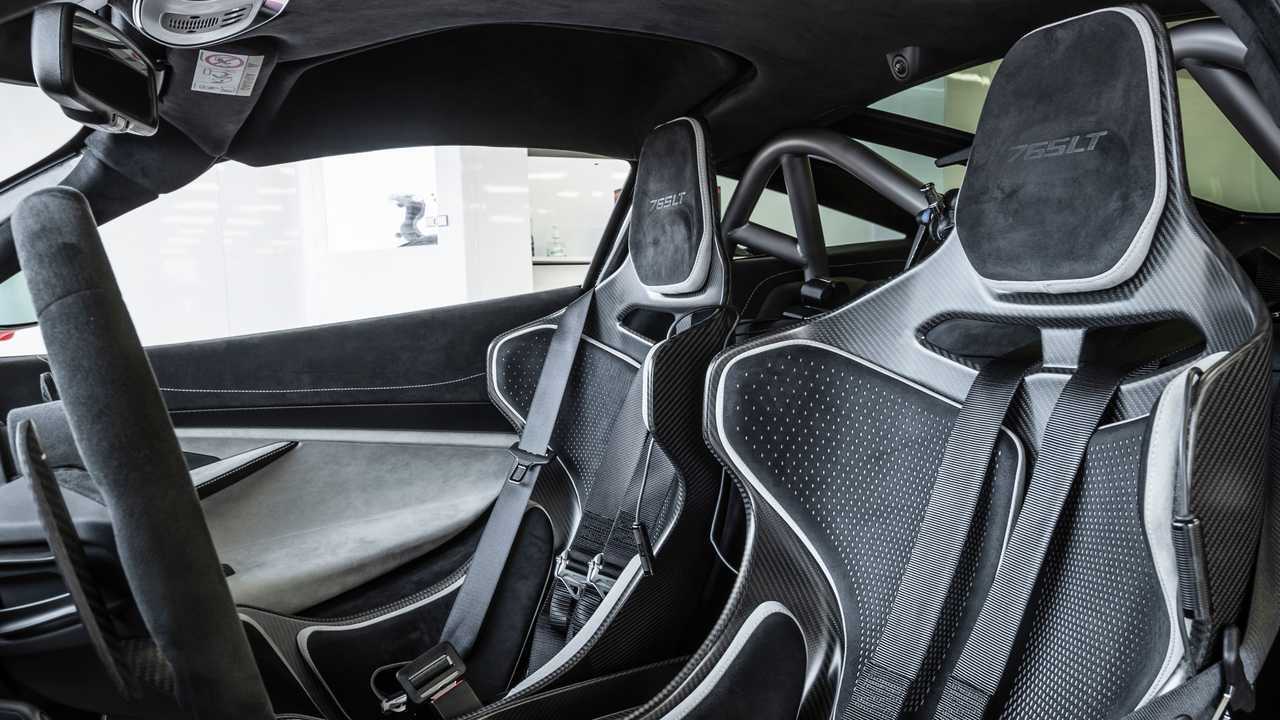 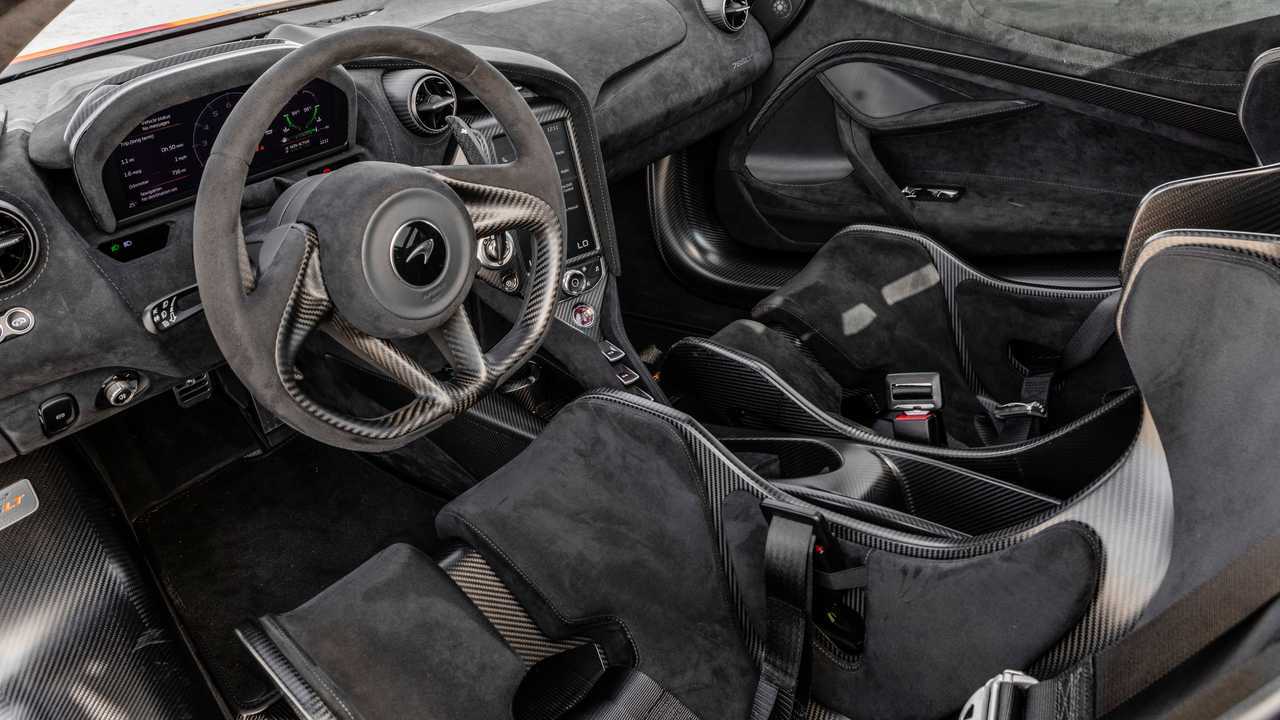 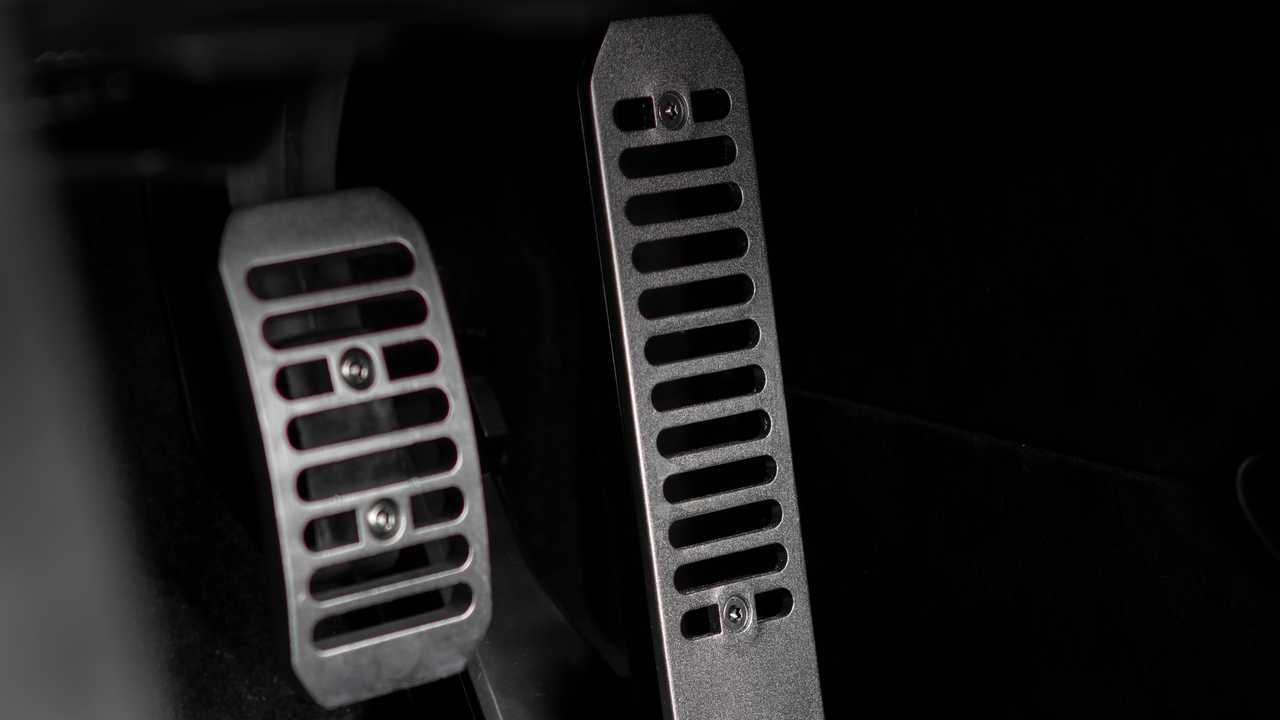 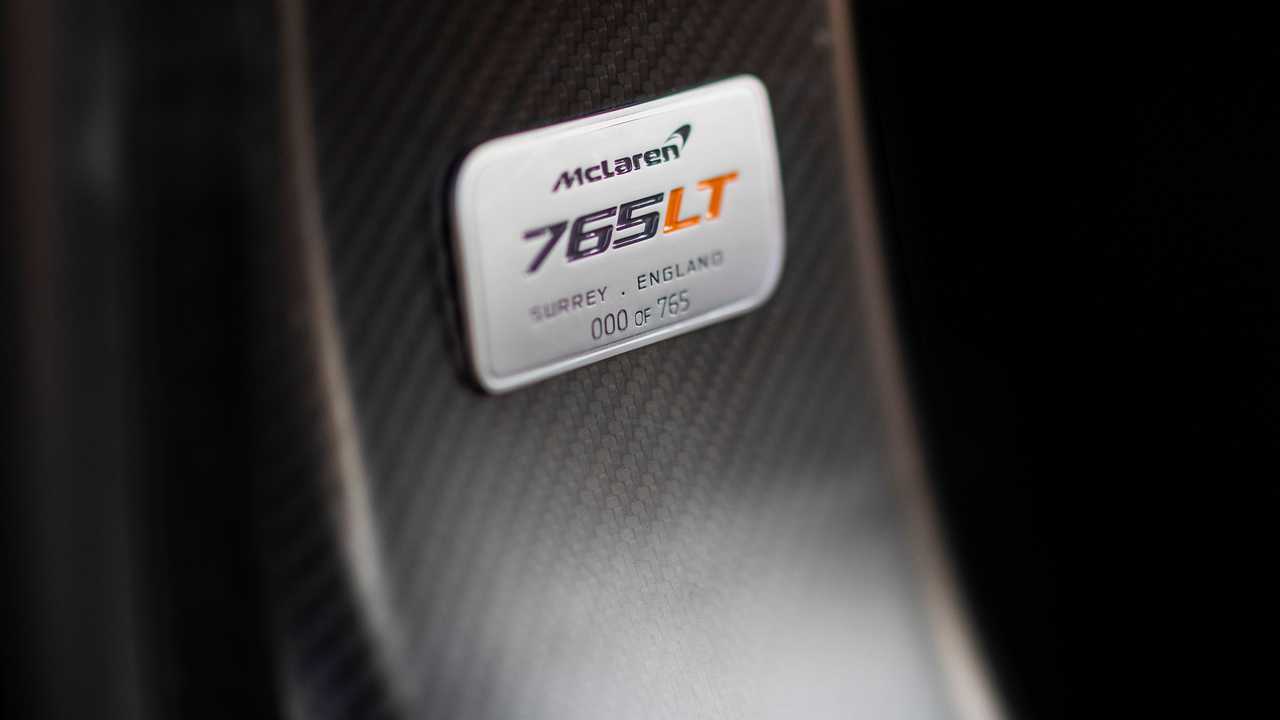 As expected it's fast. Almost stupidly fast for a car with number plates and even with the walls lining the Silverstone circuit at a good distance there's no escaping the sheer speed the car is doing with my foot hard down on the accelerator along Hangar Straight.

Even knowing the performance stats before jumping in I can't help but be impressed – and continually have my breath taken away every time I accelerate – but how does all that power compare to getting around corners?

Brilliantly is the answer. Its responsiveness and handling is exceptional, and surprisingly it's the front that starts to give the first indication if there's too much speed for the car to handle, understeering slightly and pushing the car away from the apex.

Specially designed Pirelli P Zero Trofeo R circuit-bred tires help it stick in the bends, aided by a 5-millimeter-lower front ride height and a 6-mm-wider front track. It's only little differences here and there, but they all add up to make a complete, upgraded car. Improving handling further are aerodynamic improvements that help create a whopping 25 percent more downforce than the 720S. There are enough gizmos and toys in the electronics to make the 765LT feel planted coming out of the corners when giving it the biggest of boots, even in the more extreme Track setting. 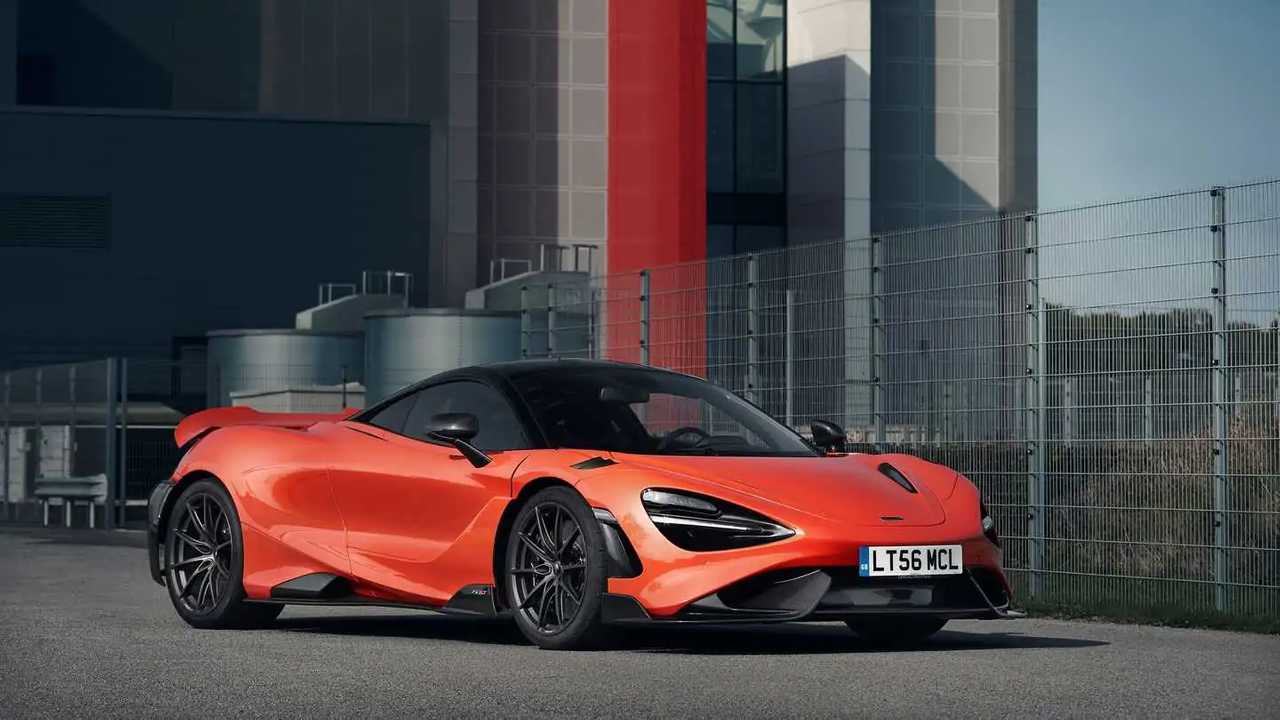 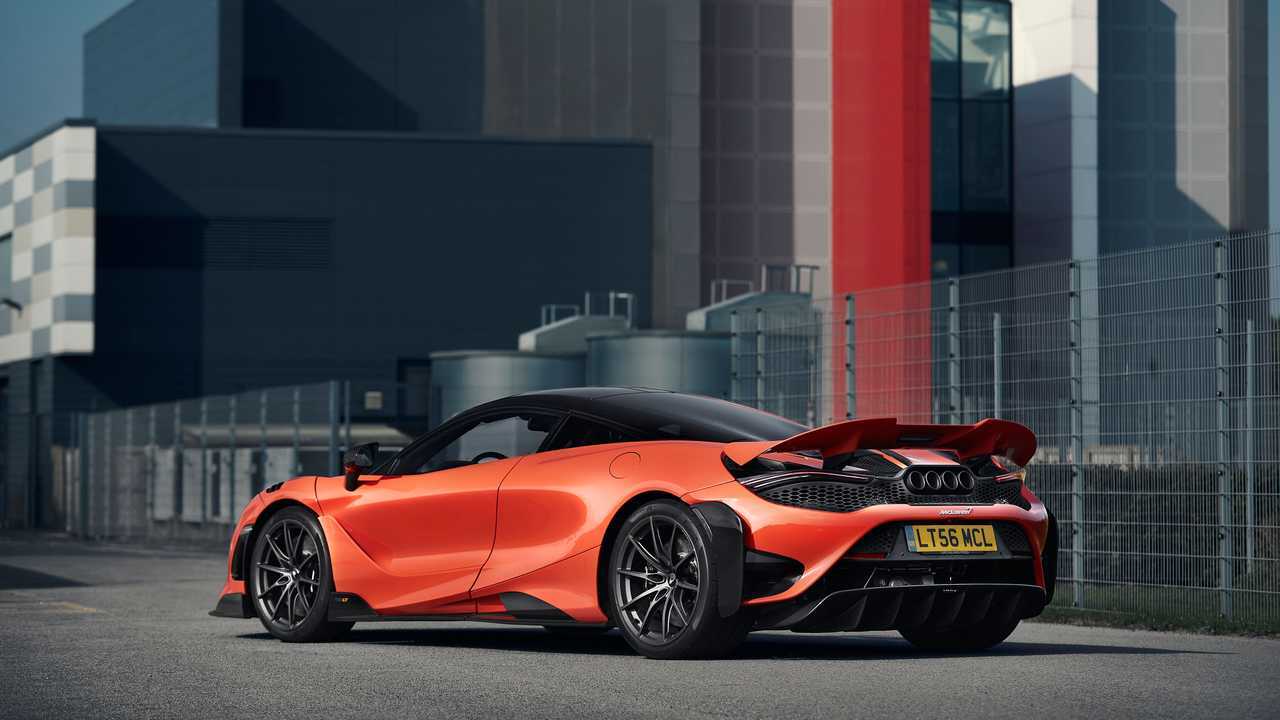 Perhaps we shouldn't be surprised given McLaren's illustrious history – and I'm certainly running out of superlatives to describe it – but its 765LT is an incredible piece of machinery. What is even more incredible than the sheer performance of the car, though, is the accessibility and user-friendliness. 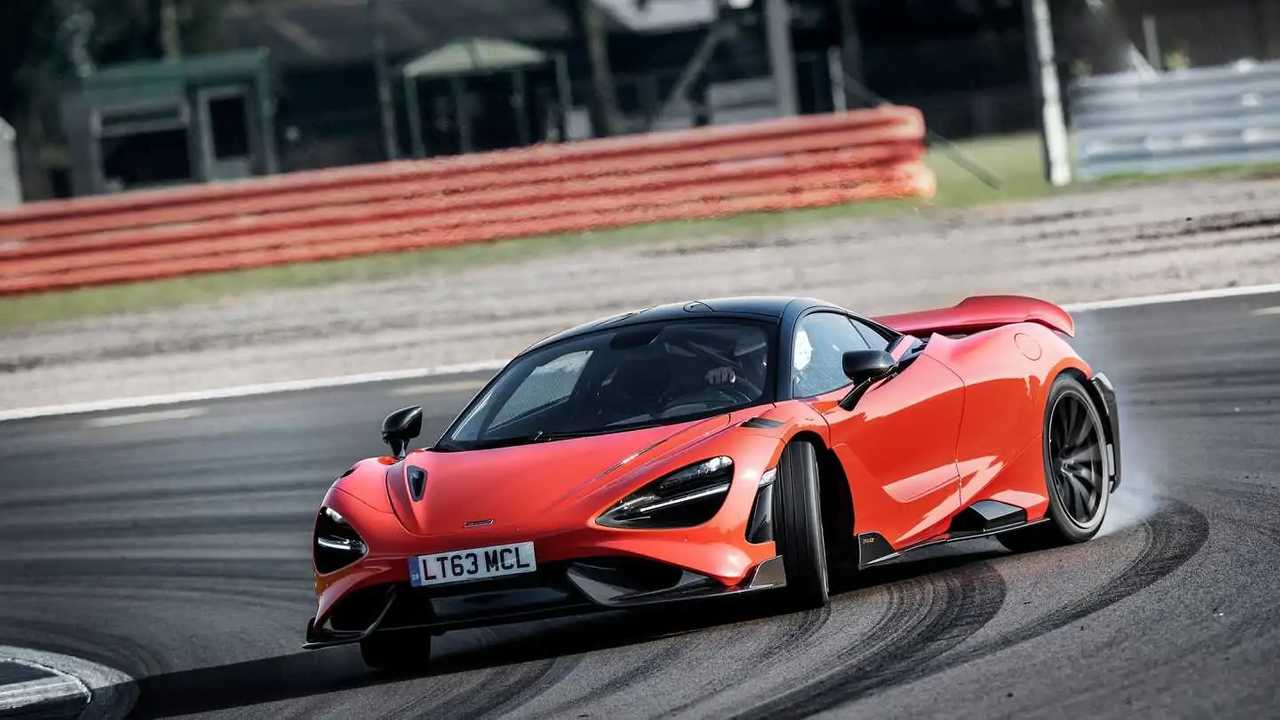 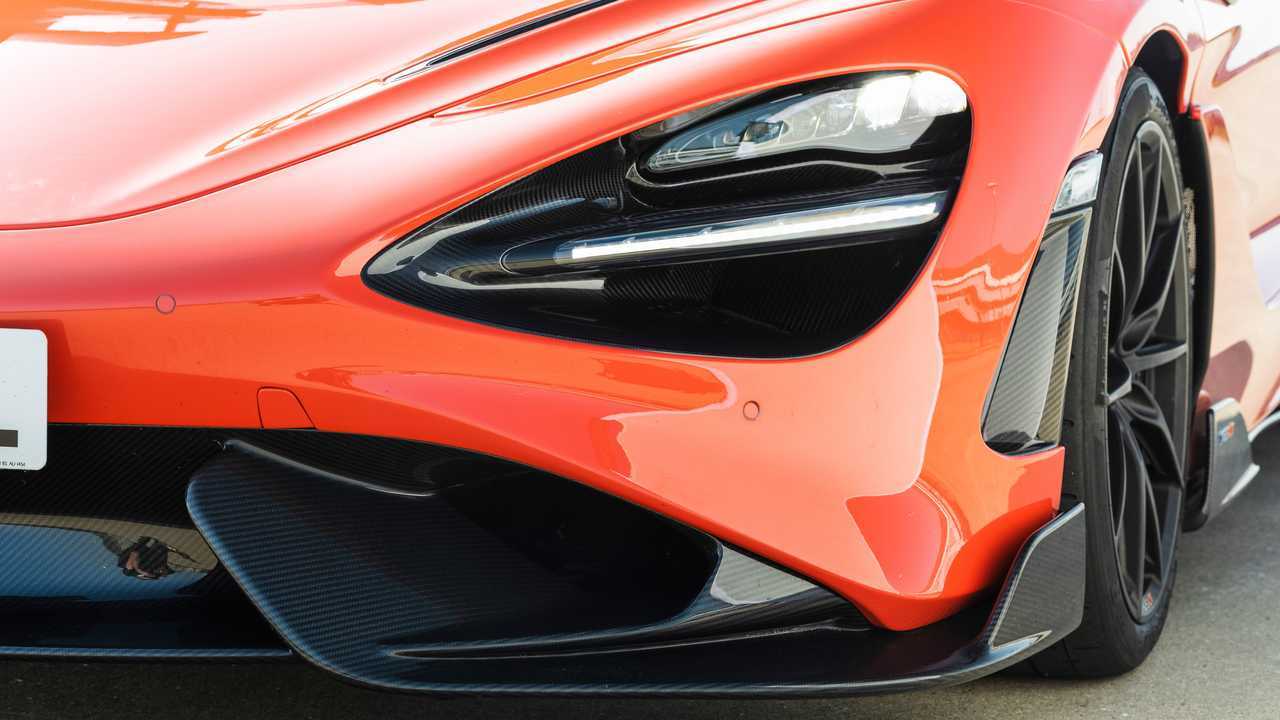 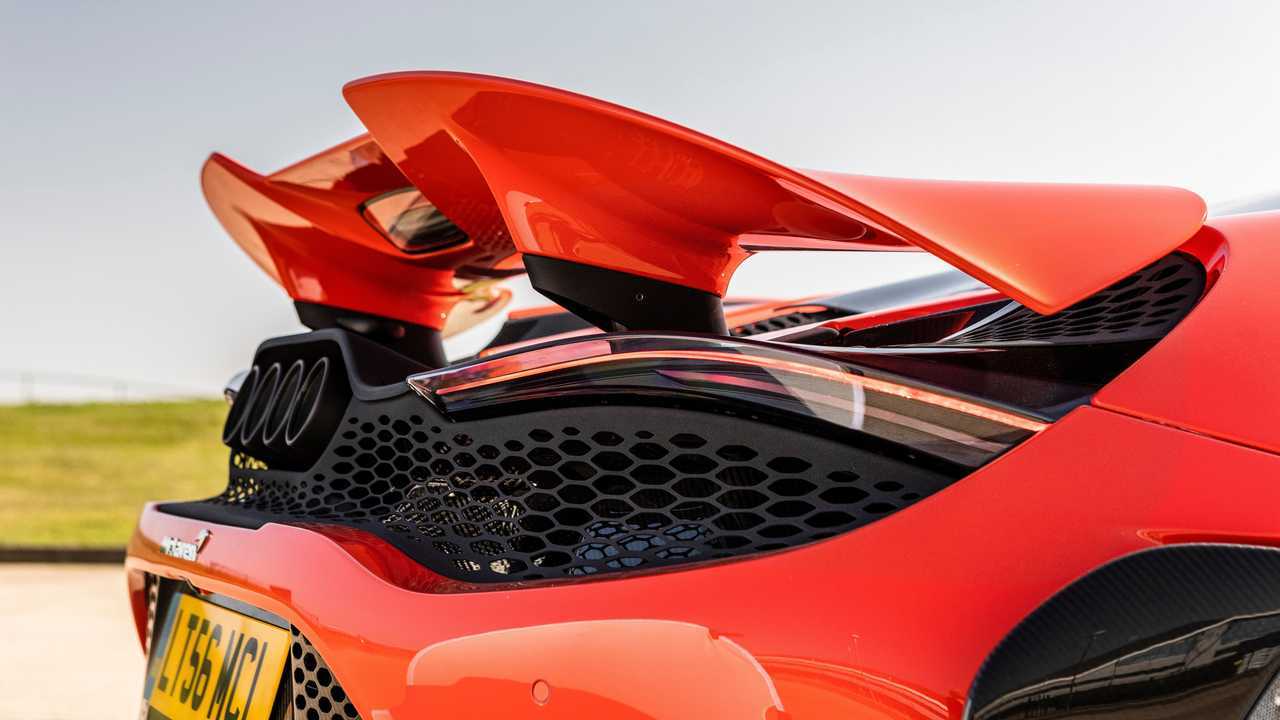 Racing professionals may be used to its potential, but this is a car very much for the enthusiast and motorsport amateur. It doesn't feel like it's trying to kill me, something perhaps notorious in supercars of yesteryear, and it allows my speed and confidence to build up gradually.

Sat alongside me for the test drive is Lewis Proctor – a McLaren Academy driver who currently competes with the British marque in British GT – to coach me. While he is in my ear and making sure I don't send it into the scenery, he also has one eye on the live telemetry. From the central console he is able to get a reading on my throttle and braking traces, tire pressure and temperatures, and all manner of anything else used to see how someone is driving.

Proctor was able to see I was getting on the throttle through the middle of Stowe slightly too early, which was pushing the front wide. Instead of waiting half an hour to download the data and go through it, the car relayed info in real time and no doubt will make all the difference when extracting the most out of the driver, and indeed the car.

McLaren will build only 765 examples of the McLaren 765LT – see what it did there? – and there's already a waiting list for the $358,000 car, which entered production earlier in September. But there's no doubt this incredible car will leave those lucky 765 souls with smiles on their faces.