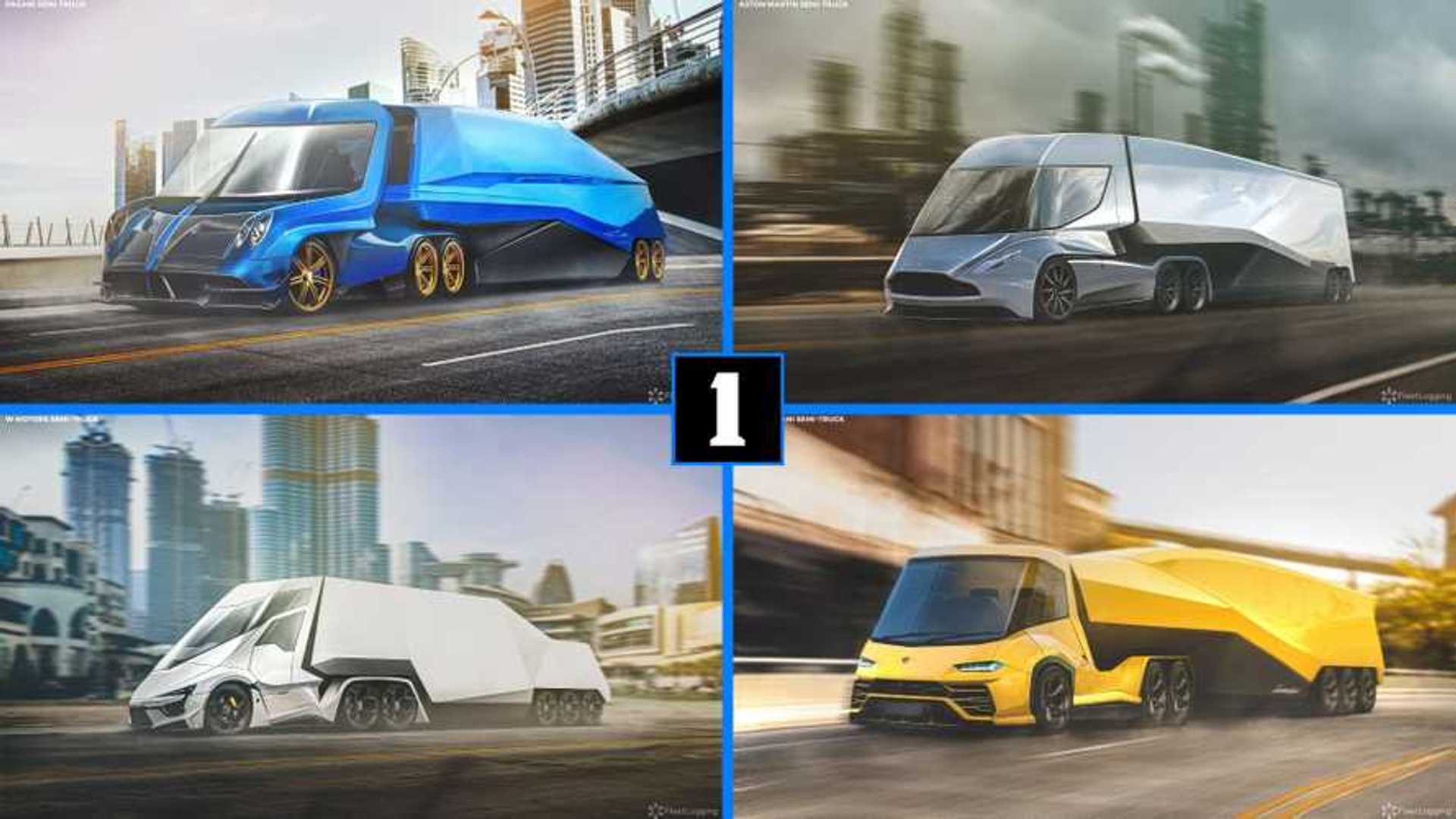 Delivering the goods in serious style.

Quick, what’s the least supercar thing you can imagine in the automotive world? If a 40-year-old dump truck caked with mud popped into your brain, then you’re in-tune with the madness we’re about to embrace. We can’t take all the credit here – the folks at FleetLogging tipped us off to some crazy renderings they created that imagine what trucks might look like if they were designed by supercar manufacturers.

In this instance, the word trucks doesn’t refer to a half-ton pickup with supercar ambiance. This time, we’re talking about the big boys – semis, rigs, lorries, or whatever they called in your neck of the woods. Most trucks emphasize function over form, but there’s no denying the seven machines that follow flip that formula on its head. How long will those ultra-low-profile tires last carrying 80,000 pounds? How useful is a cargo trailer that arbitrarily shrinks in size at various locations for no apparent reason? Critical questions for sure, but that’s so not the point.

Let’s take a quick look at each design, then tell us in the comments which one you like the best. 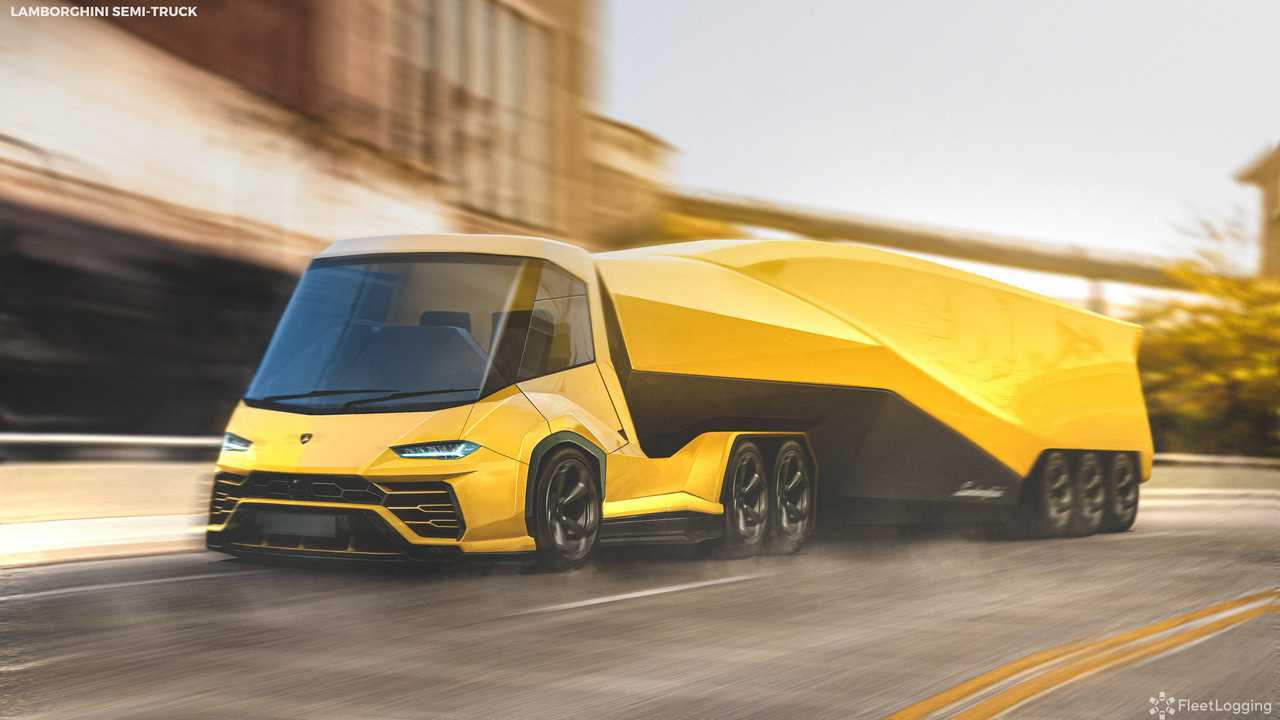 We open with a rig that is both easily recognizable as a Lambo, and yet still offers some measure of function. Credit the Urus for giving Lamborghini an air of practicality, but the upright grille and huge greenhouse could make for an effective truck. Loading pallets of goods into the beveled trailer would be a nightmare, though. 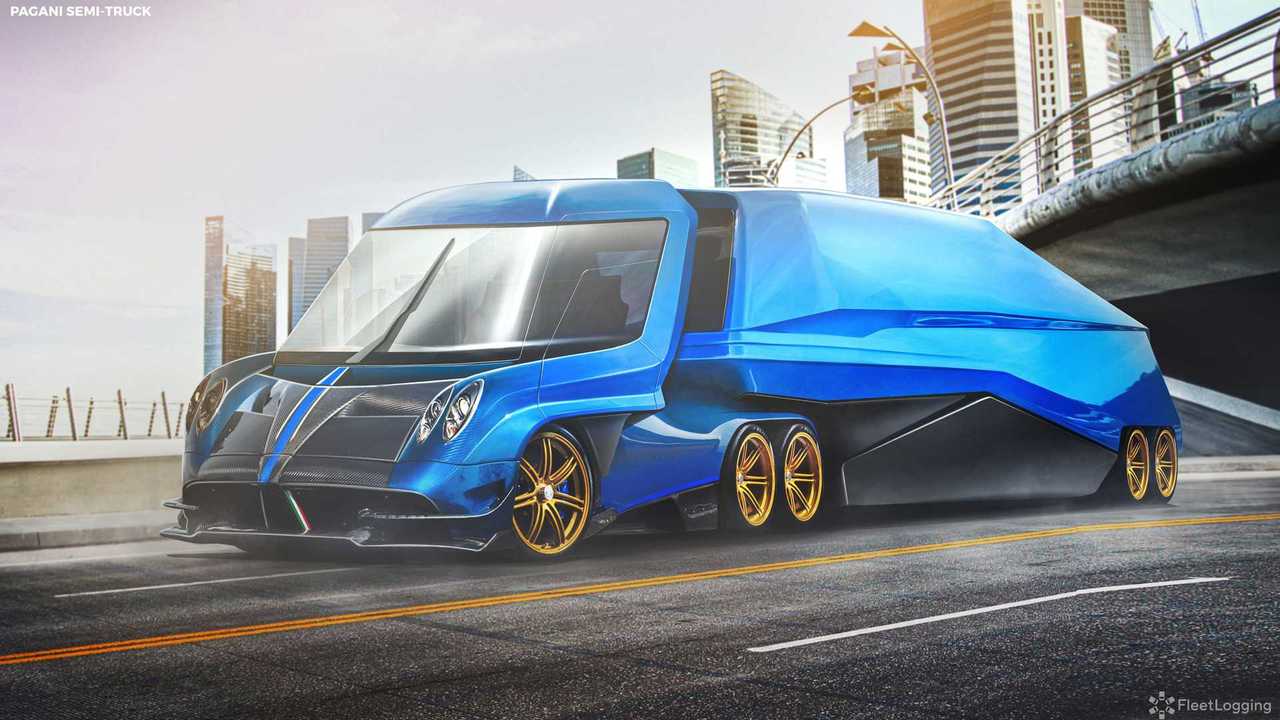 As with the Lambo, there’s no mistaking where the styling cues on this truck come from. It’s neat how the body lines from the fenders flow into the cab, and there’s no denying the overall shape is sleek. The trailer isn’t terrifically big, but it could be a cool short-haul machine or possibly a custom rig to carry your real Pagani from place to place. 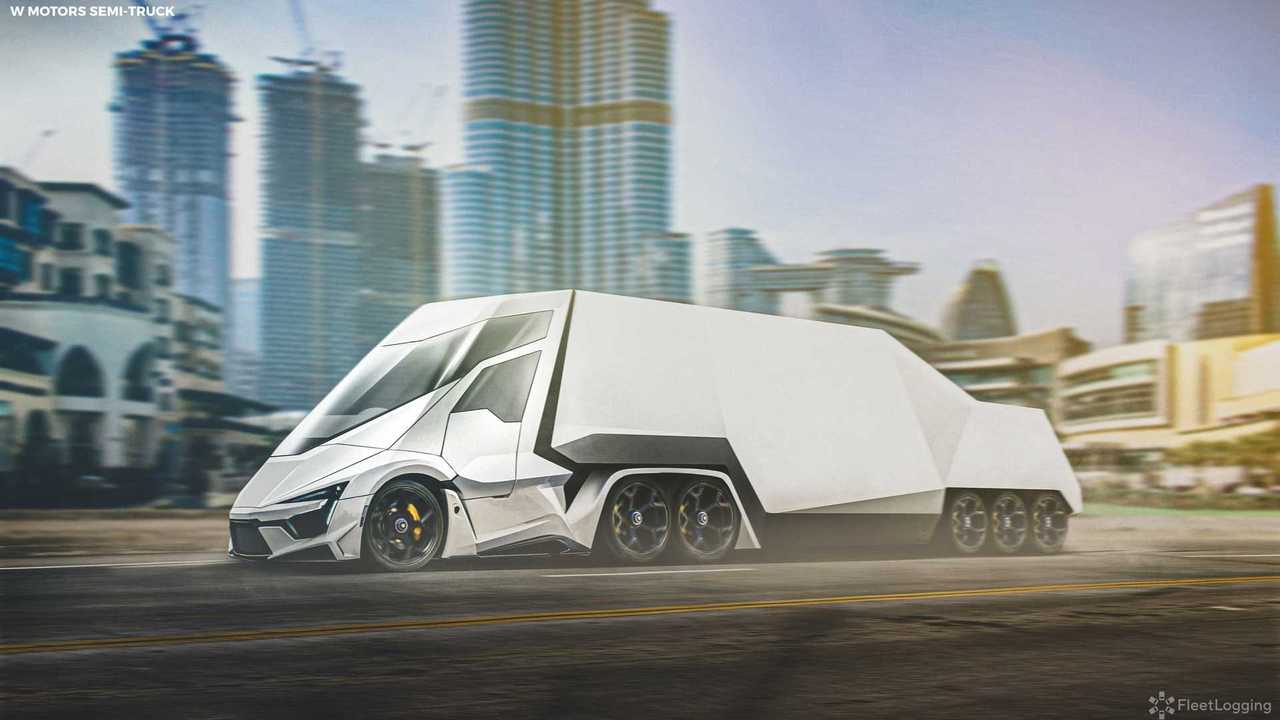 The company behind the Lykan HyperSport loves sharp angles. This rendering actually borrows from the Lykan’s sibling, the Fenyr SuyperSport. As such, it’s a chunky monkey with more straight lines than a high-school drafting class. As for the narrow opening at the end of the trailer, it isn’t exactly user friendly but it does fit with the design aesthetic. 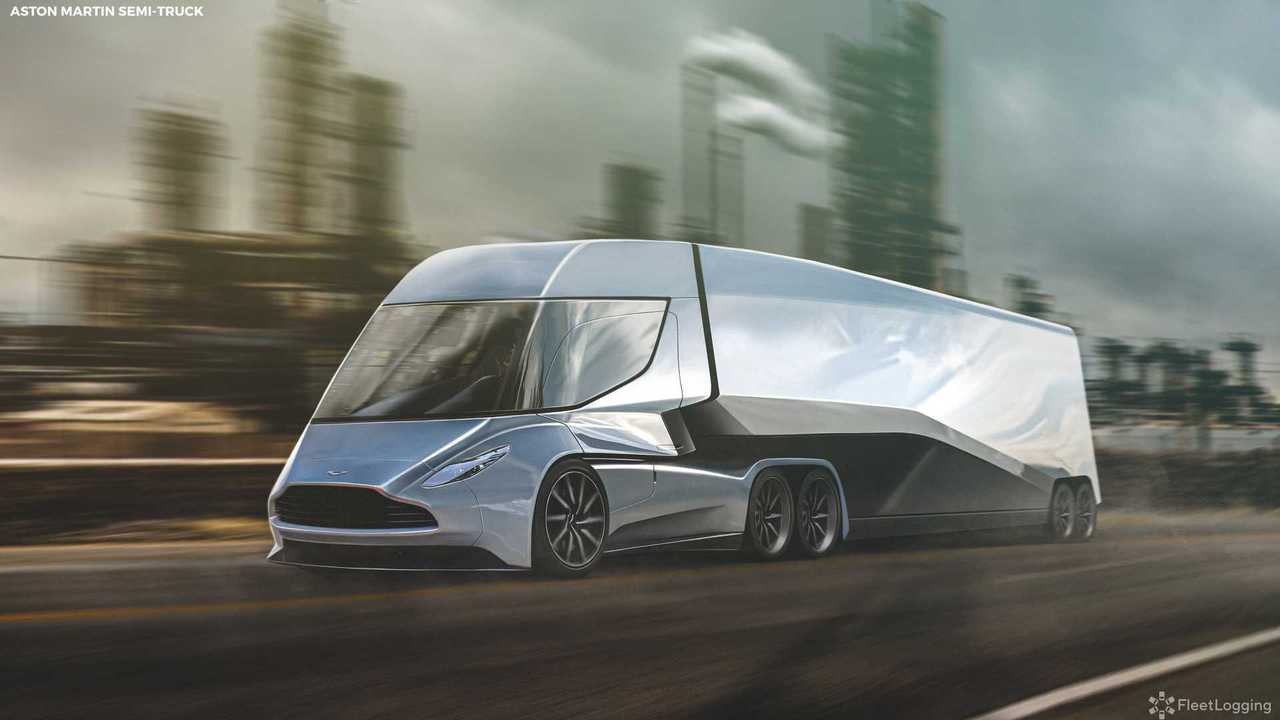 Frankly, we see considerable Tesla influence in this Aston Martin design. Does that mean a bevy of electric motors are under the truck instead of a big V12? Trucks need massive torque, so presumably, all of the renderings here either have electric power or a massive diesel engine. Caterpillar does build an industrial V12 with over 5,000 pound-feet of torque, so if you still want a 12-cylinder in your Aston semi, there are options. 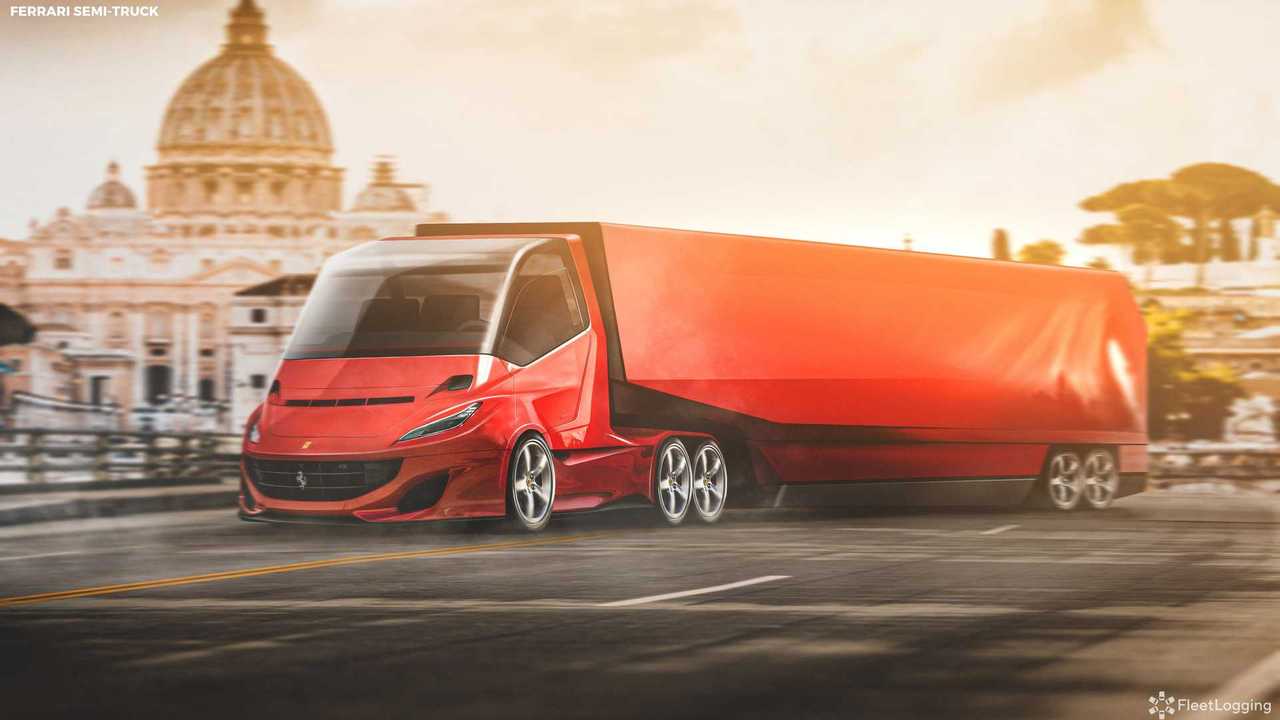 Some might say all the supercar semi renderings here are sacrilege, but a Prancing Horse version could take the cake. That said, it looks good – great even. It’s based on the Portofino, and it pulls a trailer that’s both form-fitting and properly functional. Honestly, how cool would a fleet of Ferrari trucks be for the manufacturer's F1 team? It’s not our overall favorite of the bunch, but it’s close. 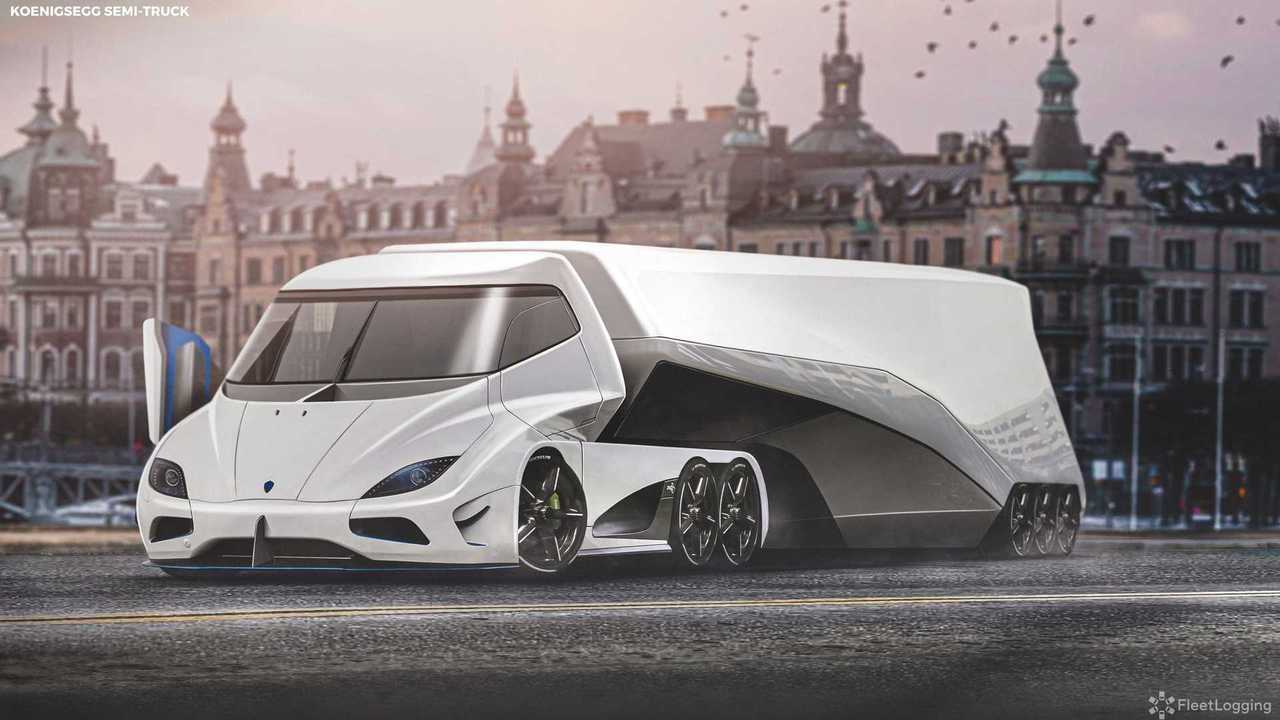 The wide, flat Koenigsegg Agera is the inspiration for this wide, flat truck. Honestly, it could be the most car-like of all these renderings, but perhaps that’s because the Agera is also rather slab-sided, not unlike a big rig. If we had to choose a truck that could reach the highest top speed of the bunch, this would be it. Don’t hold your breath for a 280-plus mph run, though. 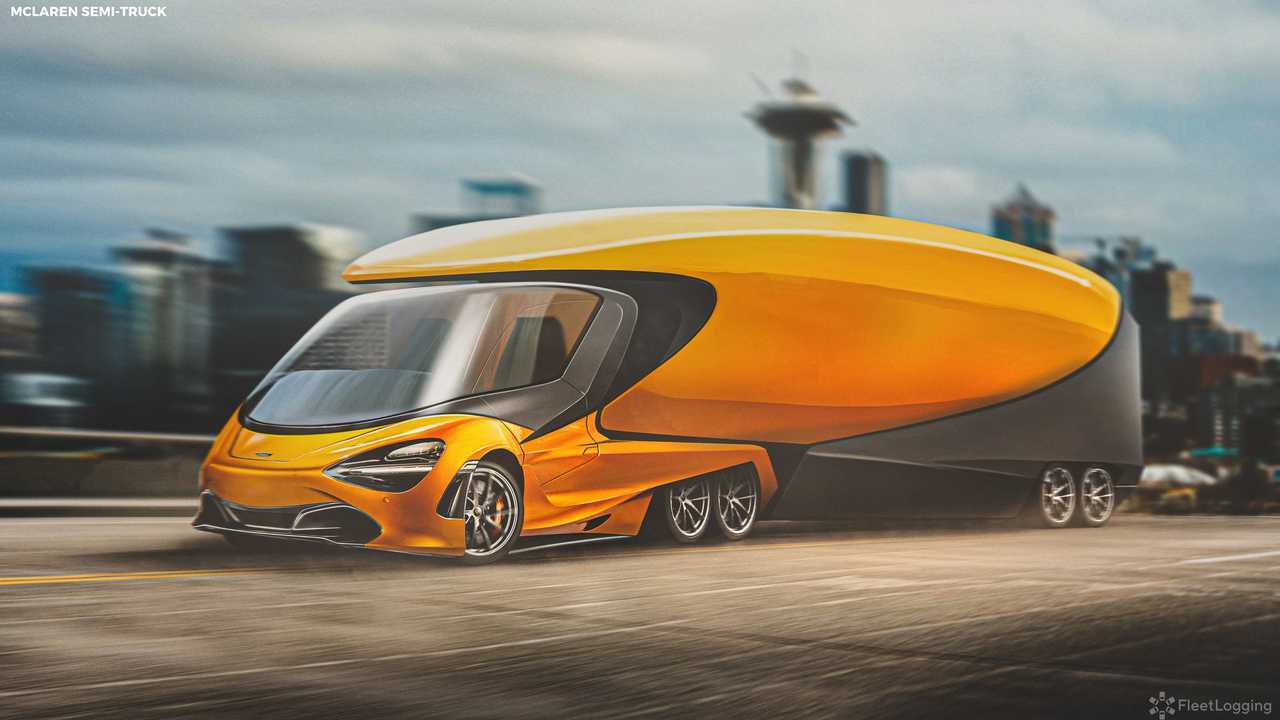 In our humble opinion, we saved the best for last. Based on the epic 720S, FleetLogging’s take on a McLaren semi is curvy, swoopy, and properly futuristic. It’s also very orange, and though we aren’t sure how this truck would turn with the trailer nearly flush with the back of the cab, we love that it sort-of resembles the company’s logo. It’s our first choice for trucking supercar style.