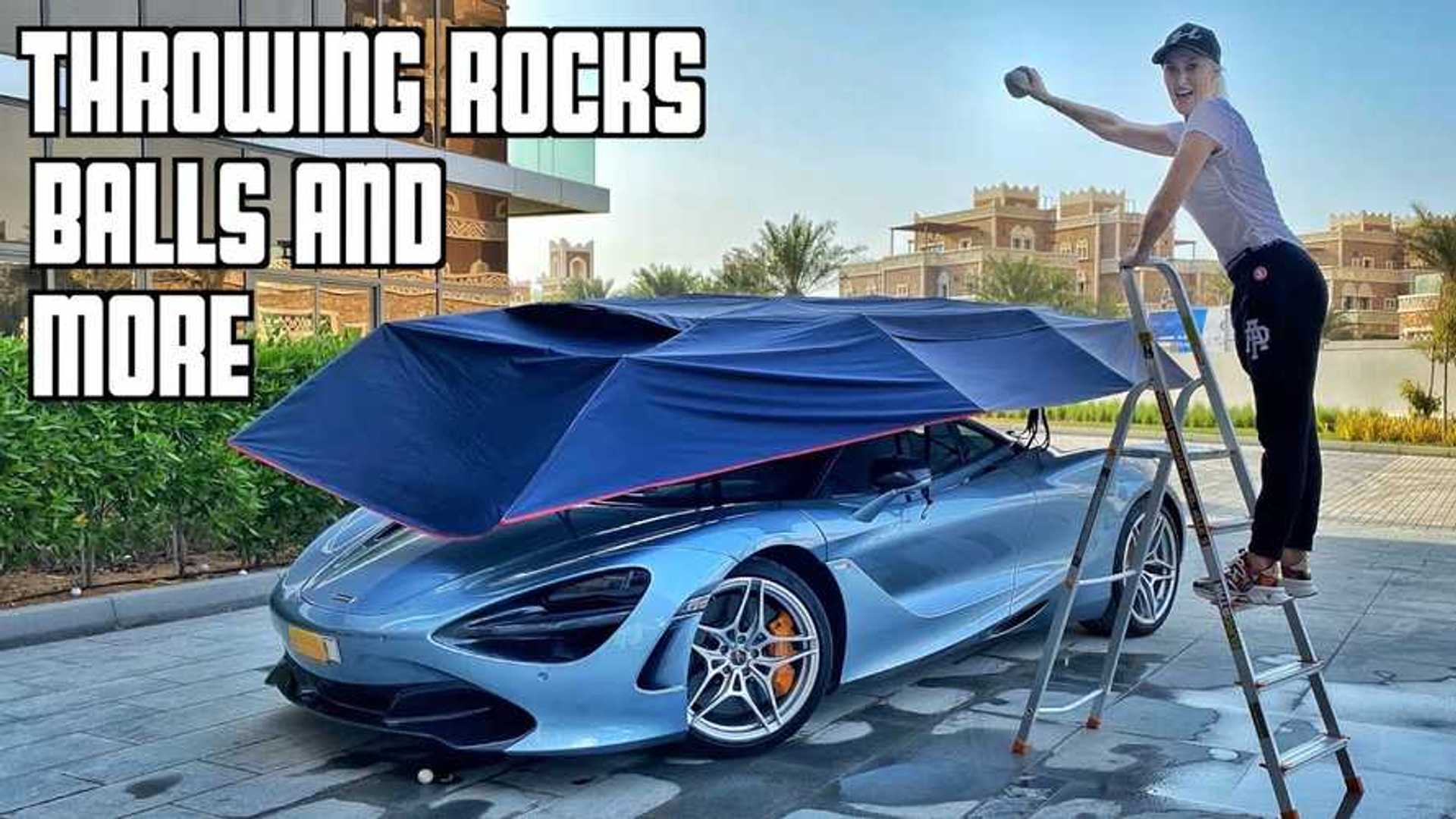 McLaren 720S Gets Car Shield, But Does It Actually Work?

Making the supercar as aerodynamic as a G-Class.

Just like most of you, we like all kinds of cars - be it small, fast, rare, and even ugly ones. And all car enthusiasts probably feel just like us - we want every car to be well protected and hidden from the influence of the environment. If you don’t have a garage, here’s another idea.

This is an electronically retractable car shield and in this video, it’s being tested on a supercar. And it’s not just any supercar but the McLaren 720S of Supercar Blondie. We admire her for the courage to try something so risky with her own vehicle. Let’s take a look at the product.

It’s manufactured in China and while this could make most people believe it’s not of particularly high quality, even at a glance it looks good and works fine. It’s retracted through a remote control in a matter of seconds and when deployed, it looks like a tent that’s covering the entire car. So far so good.

The actual test begins with a bucket of water poured over the car. As you can see, 99 percent of the water is diffused by the shield and just a few drops reach the surface of the car. Not super impressive but still exactly what we were expecting.

Next - hail storm time. In this case, a bowl of golf balls. This time around, the results are even better as not a single ball hits the car. We imagine a hail generally generates a lot more power but this car shield is probably going to do its job just fine.

The final test - a massive rock. We admit that our hearts skipped a beat when seeing this experiment. We won’t spoil it - make sure to watch the video after the 6:50-minute mark for the real show.