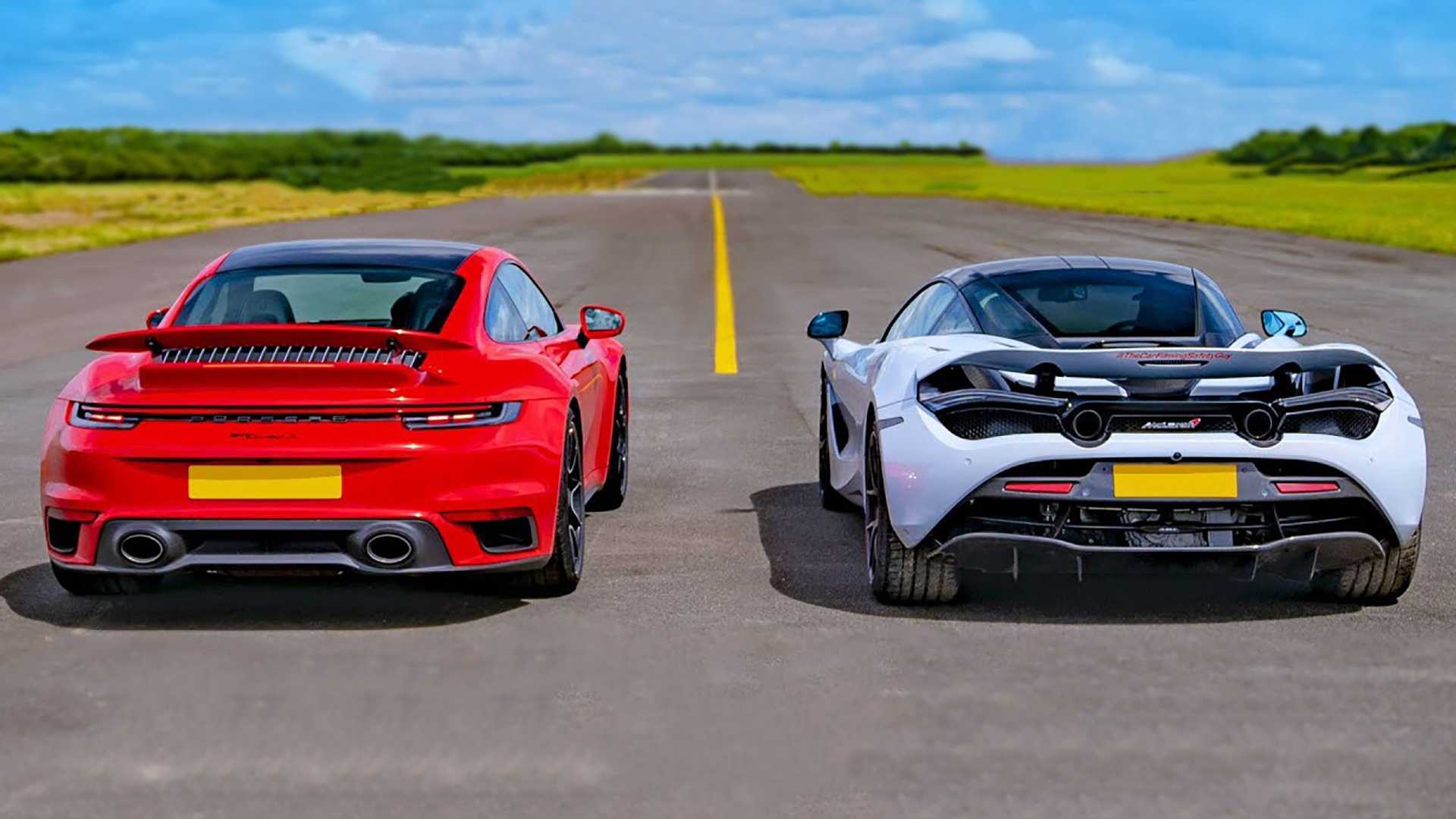 It's also a record-breaking run.

The 992-generation Porsche 911 Turbo S came with a lot of superlatives during its launch. It carried the biggest power bump from its predecessor – representing a 60-horsepower (45-kilowatt) and 37-pound-feet (50-Newton-meter) increase when compared to the 991.2-generation 911 Turbo S.

Apart from those, the new 911 Turbo S is the quickest ever, clocking in a zero to 60-mile-per-hour (97-kilometer-per-hour) time of just 2.6 seconds. With these numbers, the flagship 911 keeps faith with its reputation as a supercar killer, punching above its segment. But can it beat a McLaren 720S in a drag race?

Carwow must be wondering the same, so they've put up a matchup that many of you (we think) have been waiting for. But before we watch the video, let's compare the numbers first so we'll have a quick picture of the rivalry in black and white.

It's Entirely Possible That Porsche's Underrating The Numbers:

Now, you've seen the numbers, which do you think won the race above? We've seen the 911 Turbo S perform slower than the 720S by one second on Sachsenring in Germany, but can it beat the British supercar in a straight line? Watch the video on top.

And oh, this is also a record-breaking run for one of these cars – at least for this YouTube channel.