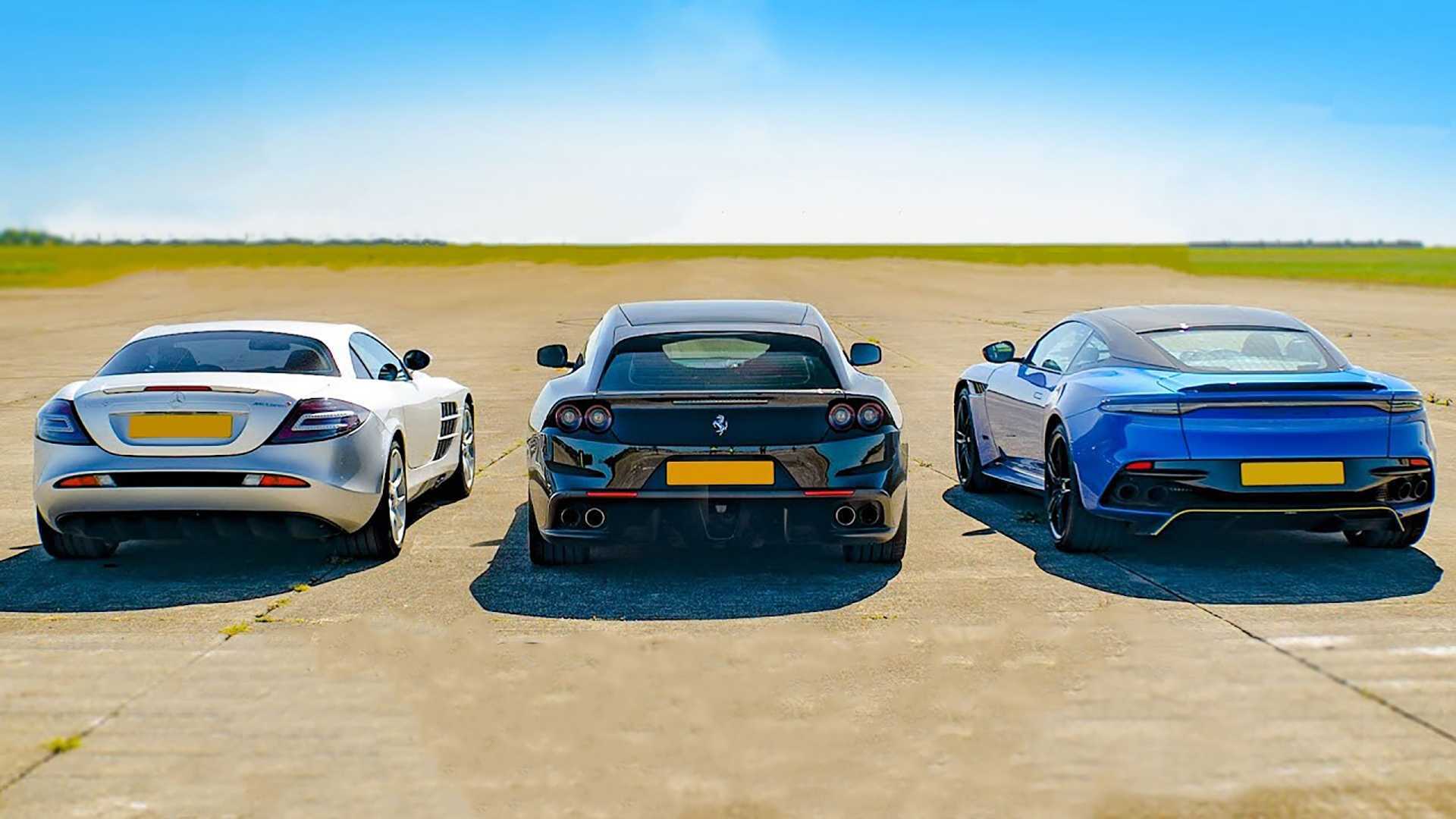 This one had a mixed result.

When Mercedes-Benz launched the SLR McLaren in the early 2000s, it was a hit – at least at launch. The birthchild of the German marque's union with McLaren didn't sell as much as both companies expected, falling below the projected annual 500 units sold.

Mercedes announced that only 3,500 units of the grand tourer will be produced, but by the end of its production in 2010, only a total of 2,157 units were made.

However, that doesn't mean that the SLR McLaren wasn’t a good car. Powered by 5.4-liter supercharged V8 engine, it can make up to 617 horsepower (460 kilowatts) and 575 pound-feet (780 Newton-meters), which, at that time, was super impressive. What wasn't too impressive, however, was its five-speed torque converter automatic gearbox.

But how does the rear-wheel-driven SLR McLaren compare against its newer rivals? Carwow pit one against the Aston Martin DBS Superleggera and Ferrari GTC4Lusso to compete in a drag race.

On paper, the Ferrari GTC4Lusso compares squarely against the SLR McLaren. Having a 6.2-liter naturally-aspirated V12 under its long hood allows the Italian shooting brake to make 681 hp (507 kW) and 514 lb-ft (697 Nm) of twists. Its main advantage on this race, however, is its all-wheel drivetrain layout, despite being heavier.

At Over 2,000 Units Ever Made, The SLR McLaren Can Be Pretty Rare:

The Aston Martin DBS Superleggera is the most powerful car here. Propelled by a 5.2-liter twin-turbo V12 can churn out up to 715 hp (533 kW) and 664 lb-ft (900 Nm) torque. It's also the lightest, but the engine only propels the rear wheels, just like the SLR McLaren.

So, supercharged versus turbocharged versus naturally-aspirated – which of these grand tourers wins this drag race? Watch the video on top of this page to find out.