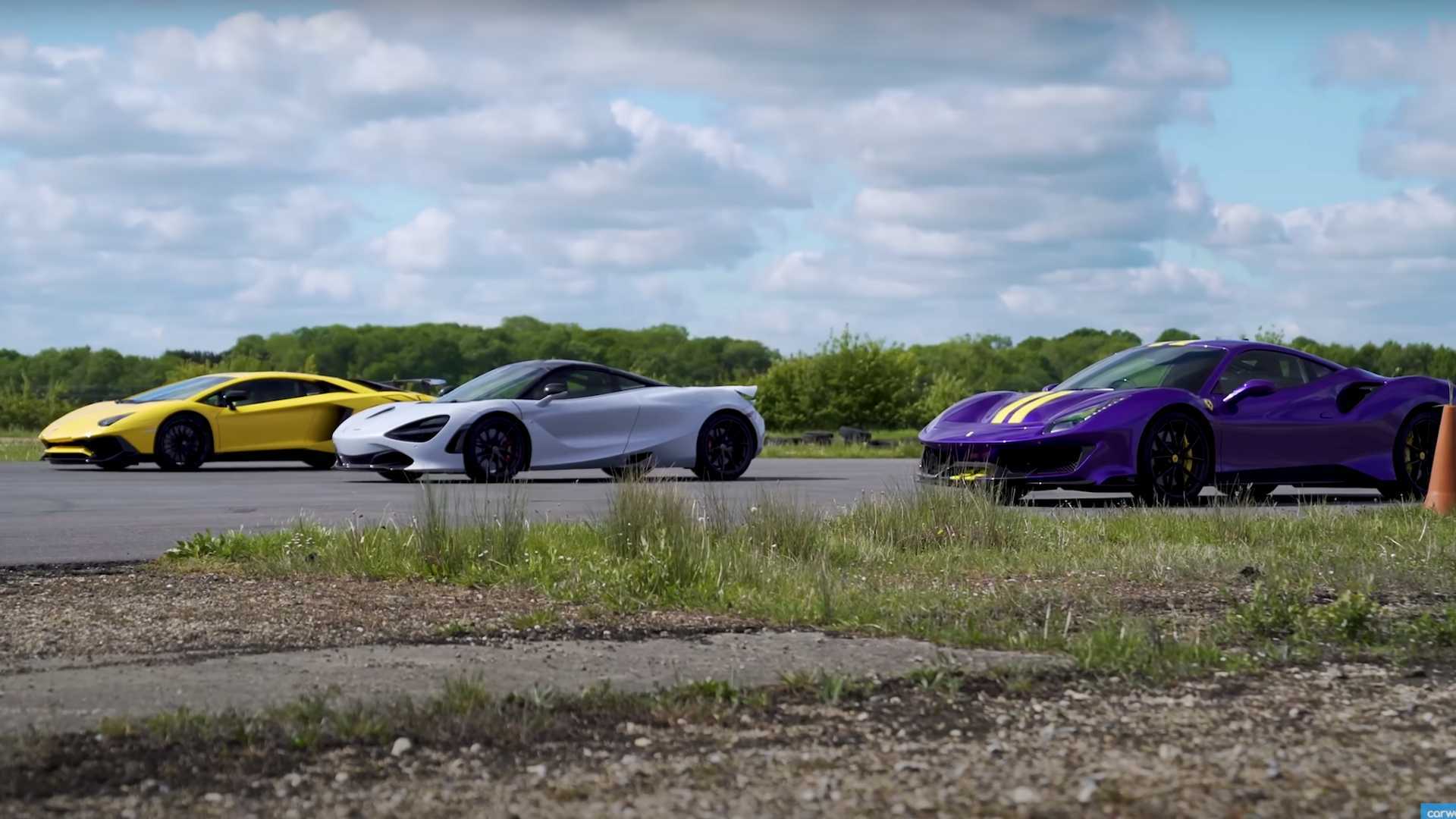 This is also a good way to see one of the benefits of turbocharging.

The McLaren 720S, Ferrari 488 Pista, and Lamborghini Aventador SV – all these three cars share a lot in common, including six-digit price tags, rear mid-engine layout, and more than 700 horsepower output. Apart from their nationalities, each of these cars has its own character both on the tarmac and on the race track. But have you ever asked yourself which of these three is quickest?

Thankfully, CarWow puts up a new video to test just that, and what better way than in a quarter-mile drag race. There's just one problem, one car dominated the show.

Well, based on the headline of this story, it's the 720S winning over the other three cars. On paper, however, the 720S isn't really the most outstanding.

Powered by a twin-turbo 4.0-liter V8, the McLaren 720S makes 720 metric horses, hence the name, and 568 pound-feet (770 Newton-meters) of torque. The 488 Pista also produces the same output but coming from a tad smaller 3.9L V8 that also comes with two turbos. Both rear-wheel driven and mated to seven-speed dual-clutch transmissions, but the Ferrari has the weight advantage at 3,064 pounds (1,390 kilograms) versus the 3,131-pound (1,420-kilogram) McLaren.

The Lamborghini's a bit of an oddity here, however. The Italian supercar is powered by a naturally-aspirated 6.5L V12, which makes 750 metric hp and 509 lb-ft (690 Nm) of twists. This massive power is sent to all wheels via a seven-speed non-dual-clutch gearbox, so guess we can say that the Aventador SV here is a bit old-school when compared to the other two. It's also the heaviest at 3,461 lbs (1,570 kg).

So, the 720S isn't the lightest nor the most powerful but it still dominated the standing and rolling drag races. How so? Watch.