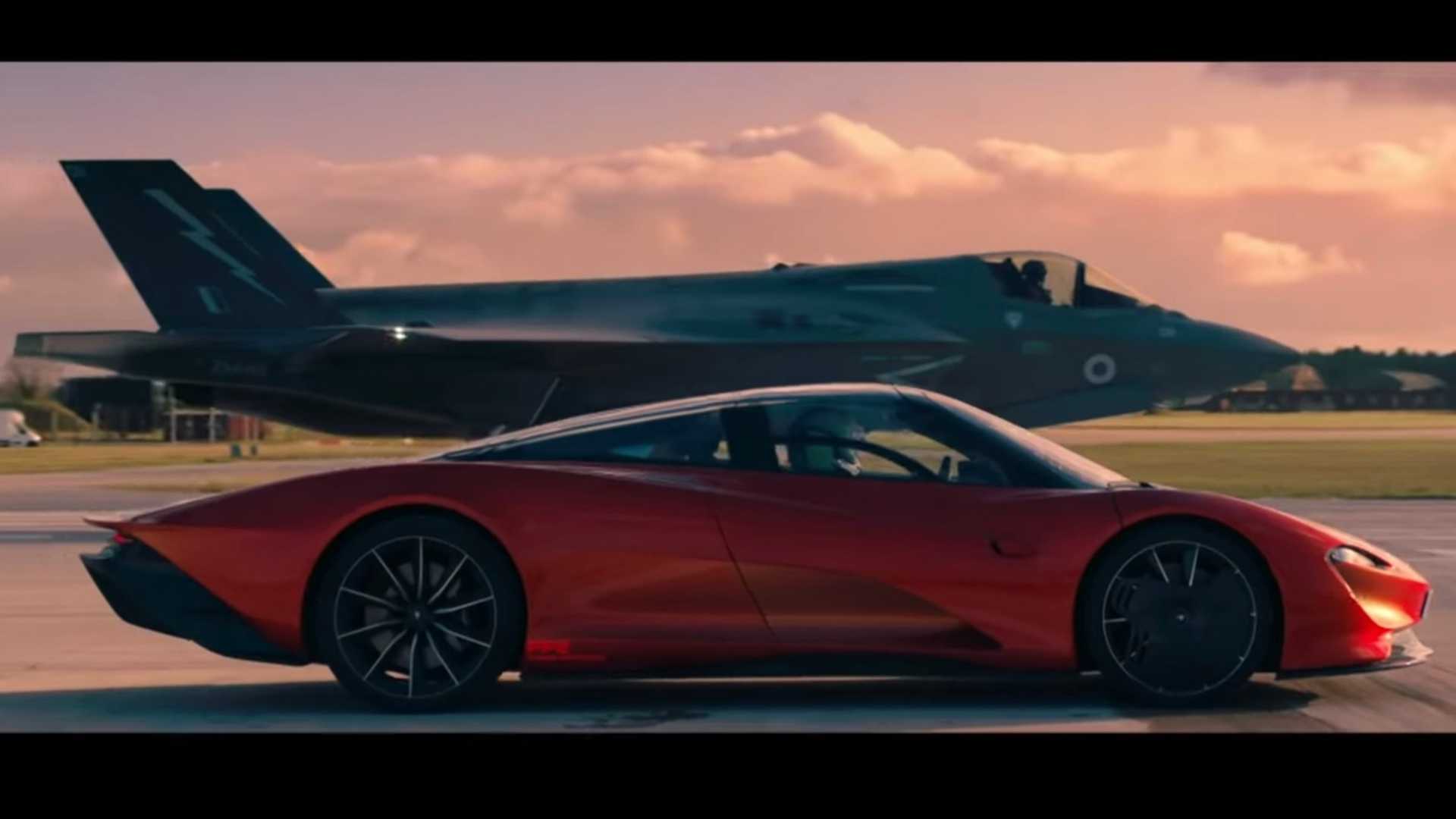 The Lockheed Martin F-35 Lightning II is among the most sophisticated military aircraft that's currently in service. Meanwhile, the McLaren Speedtail is the supercar maker's fastest production vehicle ever due to its top speed of 250 miles per hour (403 kilometers per hour). It might seem weird to compare these two very different machines, but Top Gear's deep pockets create the opportunity for getting ahold of them both for a race.

If this idea sounds familiar, it's because there's an earlier preview for this stunt. However, Top Gear now has the video out of the whole thing, including seeing which vehicle wins.

The United Kingdom uses the F-35B, which is the Lightning II variant that uses thrust vectoring to allow for short takeoff and vertical landing capability. At altitude, it can reach a speed of Mach 1.6.

The race consists of a simple, triangle-shaped track along the airport tarmac. The two machines start side-by-side. As a sign of things to come, the McLaren can't even win the initial sprint while the plane is taking off. The supercar gets the initial jump, but the F-35 is in the air before the Speedtail gets to the first turn.

From there, the McLaren has the lead a few times, but the plane shows its superiority. This aircraft is highly maneuverable, and even on this tight track, the car can barely keep up. The F-35 manages to cross the finish line well before the Speedtail gets there.