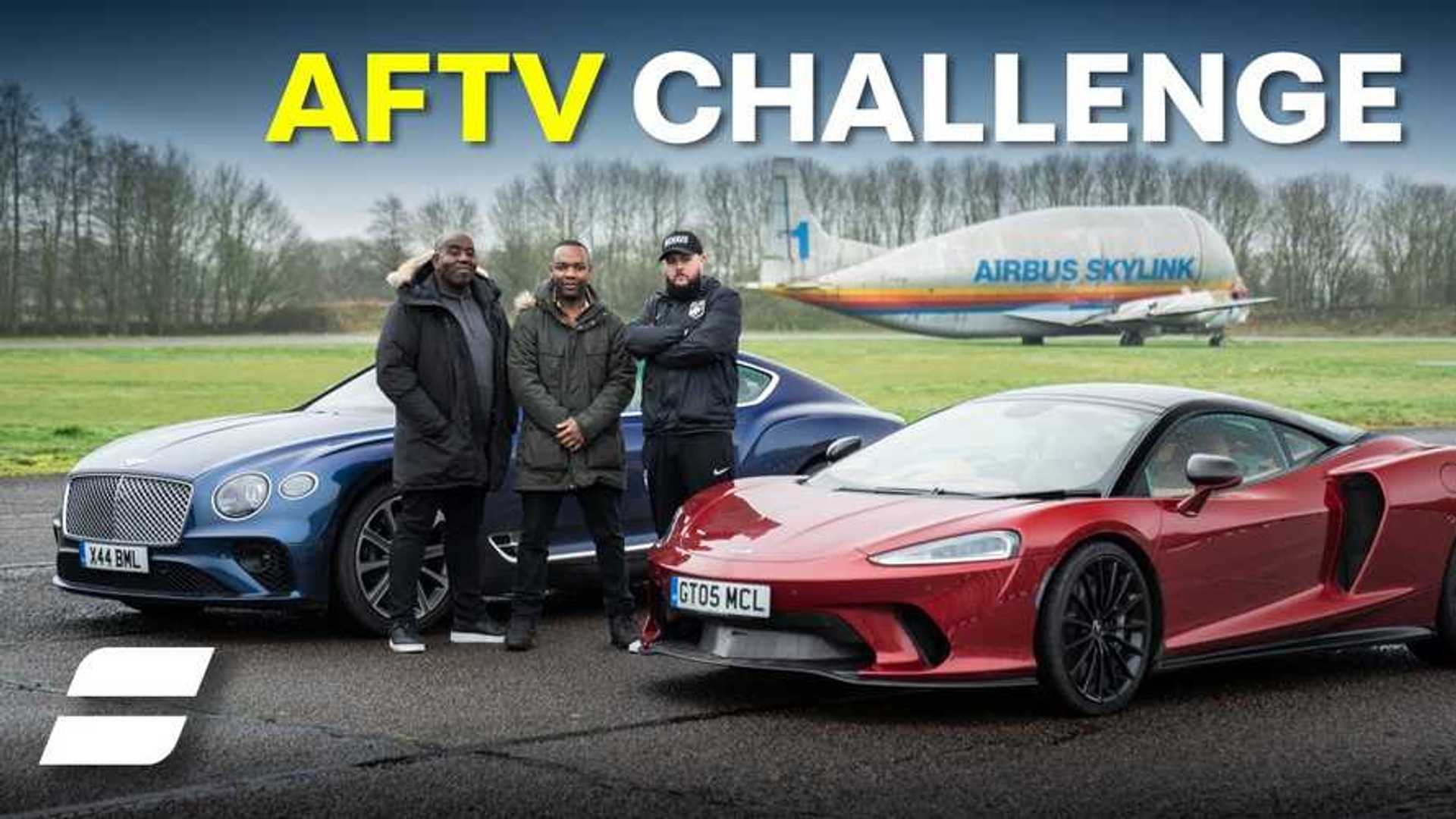 A grand tourer combines performance, luxury, and comfort in one package, and automakers have taken that to mean different things. Just look at the differences between the McLaren GT and Bentley Continental GT. Both are grand tourers, yes, but with entirely different ideas about what that means. For Bentley, the Continental GT is a staple in the automaker’s lineup, while the GT from McLaren is a new offering from the company. To see how these two GTs compare, AutoTrader put the two to a very unconventional, very unscientific test – a slalom course battle.

The two drivers, from the AFTV (Arsenal Fans) YouTube channel, Don Robbie and Mr. DT, have to navigate more than your typical slalom course, though. After the first pass, they have to parallel park between some cones before completing the course a second time. The timer stops when they stop the vehicle n the coned-off box. Robbie picks the Bentley, leaving Mr. DT to pilot the McLaren.

A Tale Of Two GTs:

Robbie goes first, jumping the start, slowly navigating around the cones before failing to parallel park properly. Robbie winds his way through the cones again before coming to a stop in the final box, completing the course in 54 seconds. Mr. DT gets a quicker launch heading into the slalom course before struggling to put the McLaren in reverse for the parallel parking portion, losing a few precious seconds. Mr. DT weaves the McLaren through the slalom course again before stopping in the box. He also completed the course in 54 seconds, though Robbie earned a penalty for his poor parallel parking job, giving the win to Mr. DT.

We've Seen These Two Before: