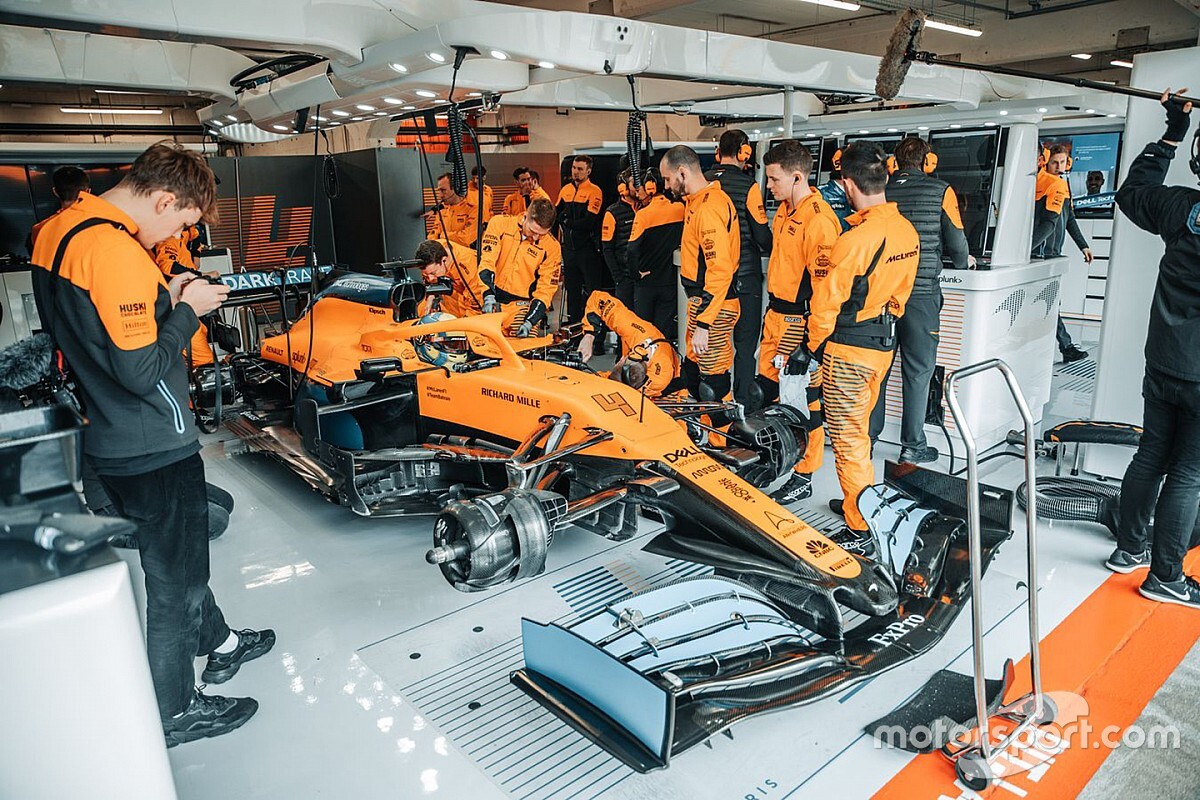 Lando Norris feels he has gained “respect” after completing his first Formula 1 season, and that this has led to McLaren listening to and relying more to his feedback.

Norris finished 11th in the 2019 championship – his rookie campaign after a rapid rise through the junior ranks – as he and his teammate Carlos Sainz Jr took McLaren to fourth place in the standings, its best result since 2012.

The 20-year-old has become a prominent figure in recent weeks through his Esports exploits, as online racing has had a surge in interest with real-world racing suspended due to the coronavirus pandemic.

When asked if he felt more comfortable being a figurehead in F1 and within McLaren, Norris told Motorsport.com: “I guess a little bit, but I'm still much better at driving than anything else.

“I mean, I didn't know if I'm classed as a veteran, but I feel more confident within myself and I think at the same time just because you're in year two, and with McLaren as well, then you are kind of seen as a bit more of a professional in some ways, not someone who was just there for one year, and you gain a bit of respect.

“People listen and then you do become in a way that bit more of a spokesperson where people rely on you, they listen to you and they take actions from things you say. So yeah, I think it's a cool thing.

“So yeah, I do need to be a bit more precise with the things I say and not just be kind of a rookie and always saying, 'yes' and agreeing with everyone.”

Norris said he felt “in a much better place coming into my year two, with knowing things I needed to work on”, which helped his initial preparations for the delayed 2020 season.

“And that just allowed me to have a better strategy, a better focus on pre-season testing, knowing those areas that I needed to work on,” he added.

“And that made it much easier in terms of setting our goals, what things we wanted to achieve, and so on.

“That just allowed me to feel more confident with what I was doing with what the team was doing.

“And mentally, it just put me in a better place for pre-seasong testing and going into Australia [for the aborted 2020 season opener].

You can read the full interview with Lando Norris in Autosport magazine from Thursday April 9 – available in shops and online (https://www.autosportmedia.com/)