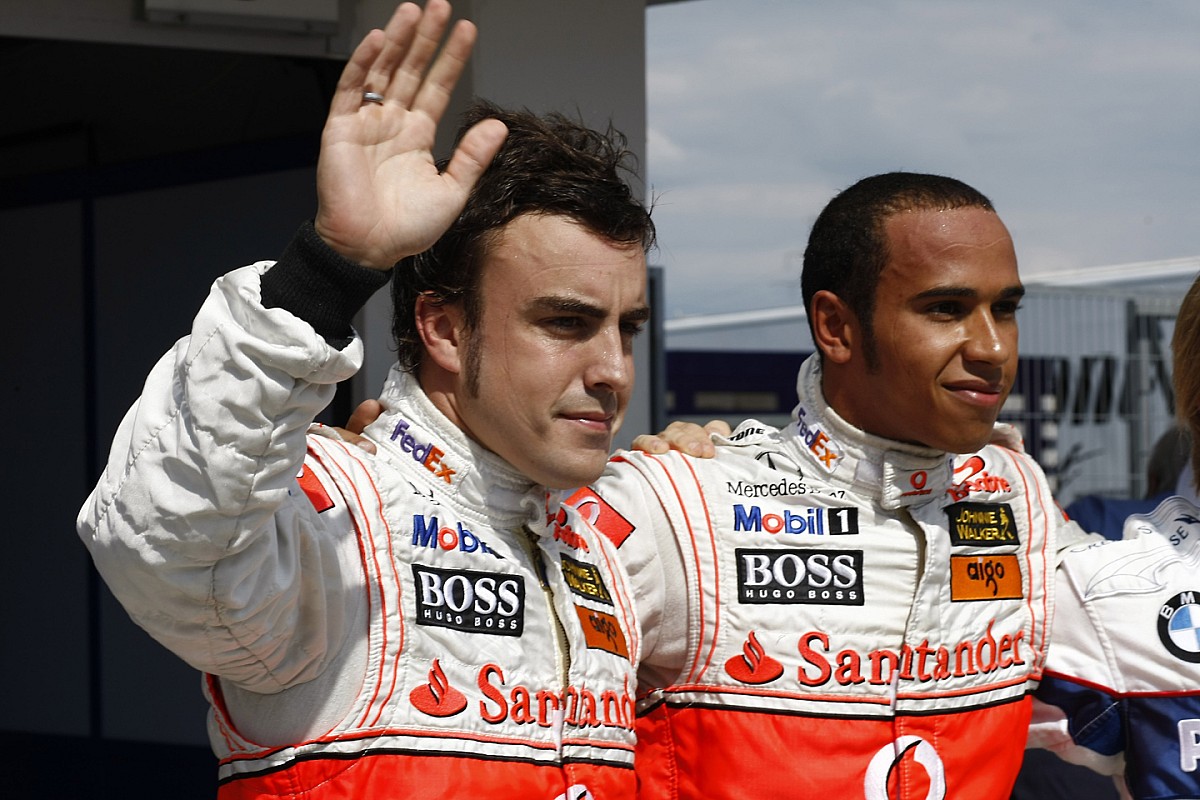 Briatore warned Alonso that Hamilton was in Dennis' "pocket"

Flavio Briatore says he warned Fernando Alonso against going to McLaren in 2007 because he believed Lewis Hamilton was in the "pocket" of team boss Ron Dennis.

The flamboyant Italian, who was boss at Renault at the time as well as Alonso's manager, says he was sceptical from the off about the situation his driver would find himself in.

Speaking to F1's Beyond the Grid podcast, Briatore said: "He went to McLaren and this I was not happy [with] because this was not Schumi to go to Ferrari. This was Fernando to go to McLaren, and for Fernando, McLaren was never in [his] dream.

Briatore said that Alonso was aware of the reservations, but felt that his speed would be enough to overcome any potential politics.

Asked about how Alonso countered his concerns, Briatore replied: "No, no, no. I am quicker. But the point is nobody including Ron Dennis understood how quick was Lewis Hamilton.

"Because if Ron Dennis understands how quick was Hamilton, he [would] not spend the amount of money he paid Fernando. If I know in my house I have a driver so quick, why do I need another one? And it was a big fight."

Briatore said that as the relationship between Ron Dennis and Alonso collapsed in 2007, he chose not to interfere.

"I just watched. I know what happened. After two races when you see the change of tyres was done first by Hamilton and second by Alonso it was enough, because I knew Fernando..."

Alonso is currently eyeing a return to F1, and Briatore has no doubts the two-time champion can succeed if he is given the chance of a top seat in 2021.

"I would like to see Fernando in one team that has 50% of the possibility where you start the race to win the race. [But] it's not so many [teams]. You have Mercedes, you have Ferrari, you have Red Bull."