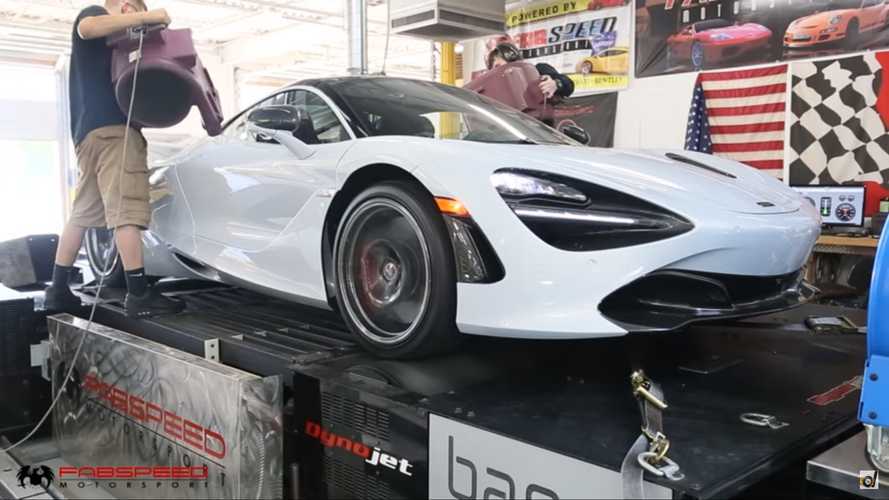 
Dyno numbers – that is, chassis dyno numbers – aren’t an exact science when it comes to how much power an engine actually makes. A chassis dyno measures power at the wheels, and it’s always a lower figure than what you’ll get at the engine’s crankshaft. That’s because power travels from the crankshaft to a transmission, driveshafts, axles, hubs, wheels, and finally tires. In the process, those components absorb a bit of the power, with the transmission being the biggest horsepower thief of them all.

For decades, average power loss for manual transmissions fell in the 15-percent range. Automatics were even worse at 20, but these days we have more than a few cars running dual-clutch gearboxes. Power loss from these transmissions is still something of a mystery, with some saying it’s similar to a standard manual and others saying it’s better.

It's How You Use It:

When Was The Last Time You Saw A Koenigsegg CCX On A Dyno?

That lengthy intro is the crux of this McLaren 720S-versus-Ferrari 488 Pista hp showdown from Dragtimes. We mention this because the clip attempts to take some mystery out of parasitic power loss in a dual-clutch gearbox, while also offering an apples-to-apples comparison of power. To that end, both the 720S and Pista featured here were tested on the exact same chassis dyno, and are said to be stock. Officially, both cars have engines rated at 720 metric hp but the dyno results show the McLaren putting far more power to the ground. Either the 720S makes way more power than advertised, or the Ferrari is losing way more power between the engine and the tires.

Here’s where it gets interesting. The video also references a Dynojet plot that supposedly came directly from Ford, showing 577 wheel horsepower for a 2018 Ford GT. The company allegedly tests all new GTs on this particular dyno to verify power before shipping cars to customers, so presumably, 577 hp on a Dynojet dyno at sea level is the magic number for power at the wheels. Given the GT’s official SAE rating 647 hp at the crank, that means the car experiences just 11 percent driveline loss.

That is, provided the Ford connection is accurate. We asked Ford to confirm whether it runs new GTs on a dyno prior to shipping, and if 577 wheel hp was a ballpark number. In response, we were only given SAE power figures of 647 hp for previous EcoBoost GTs, and 660 hp for 2020 models. So this 11-percent theory is just that – an unconfirmed theory.

That said, here’s where it gets really interesting. When applied to the Pista’s dyno plot, engine output at the crankshaft is 721 hp. That’s almost dead on what Ferrari claims, lending credence to the theory. Plug that same number into the McLaren and crankshaft power is 786 hp – well beyond what McLaren claims. However, given the insane acceleration we’ve seen from the 720S time and time again, many believe it’s underrated from the factory. This 11-percent theory would seem to confirm that as well.

So yeah, that’s a lot of number crunching and bench racing, but the results are certainly intriguing. Could 11 percent be the new normal for calculating driveline loss on cars running modern dual-clutch transmissions? Of course, not all dual-clutch gearboxes are created equal, and chassis dyno figures can fluctuate based on numerous variables beyond parasitic power loss. Results can also vary between different types of chassis dynos, though for this video (and the Ford GT connection) all dynos were of the Dynojet variety.

At the end of it all, the takeaway for this video is that the McLaren 720S absolutely puts more power to the ground than the 488 Pista, despite official ratings for the engine. 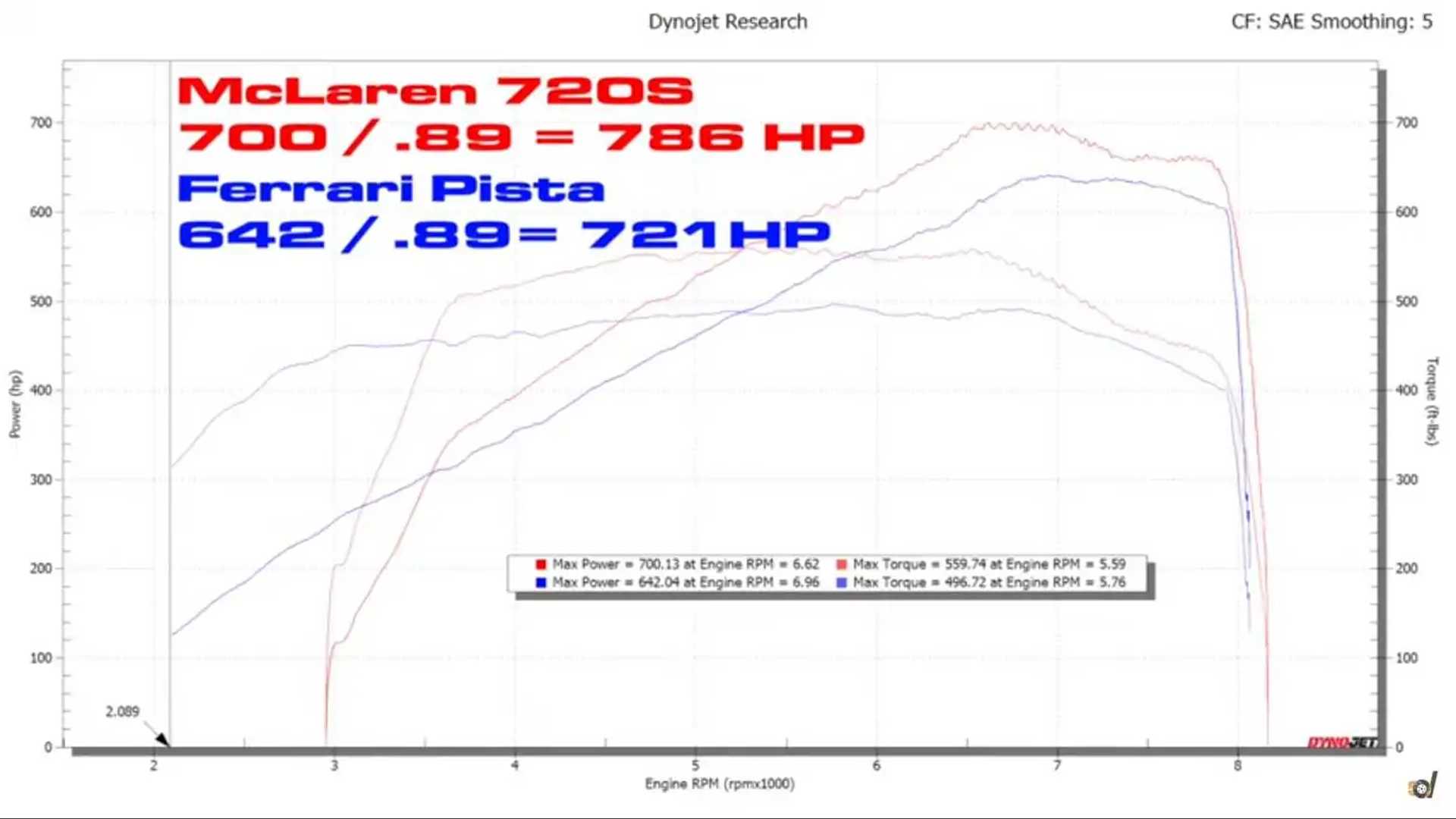 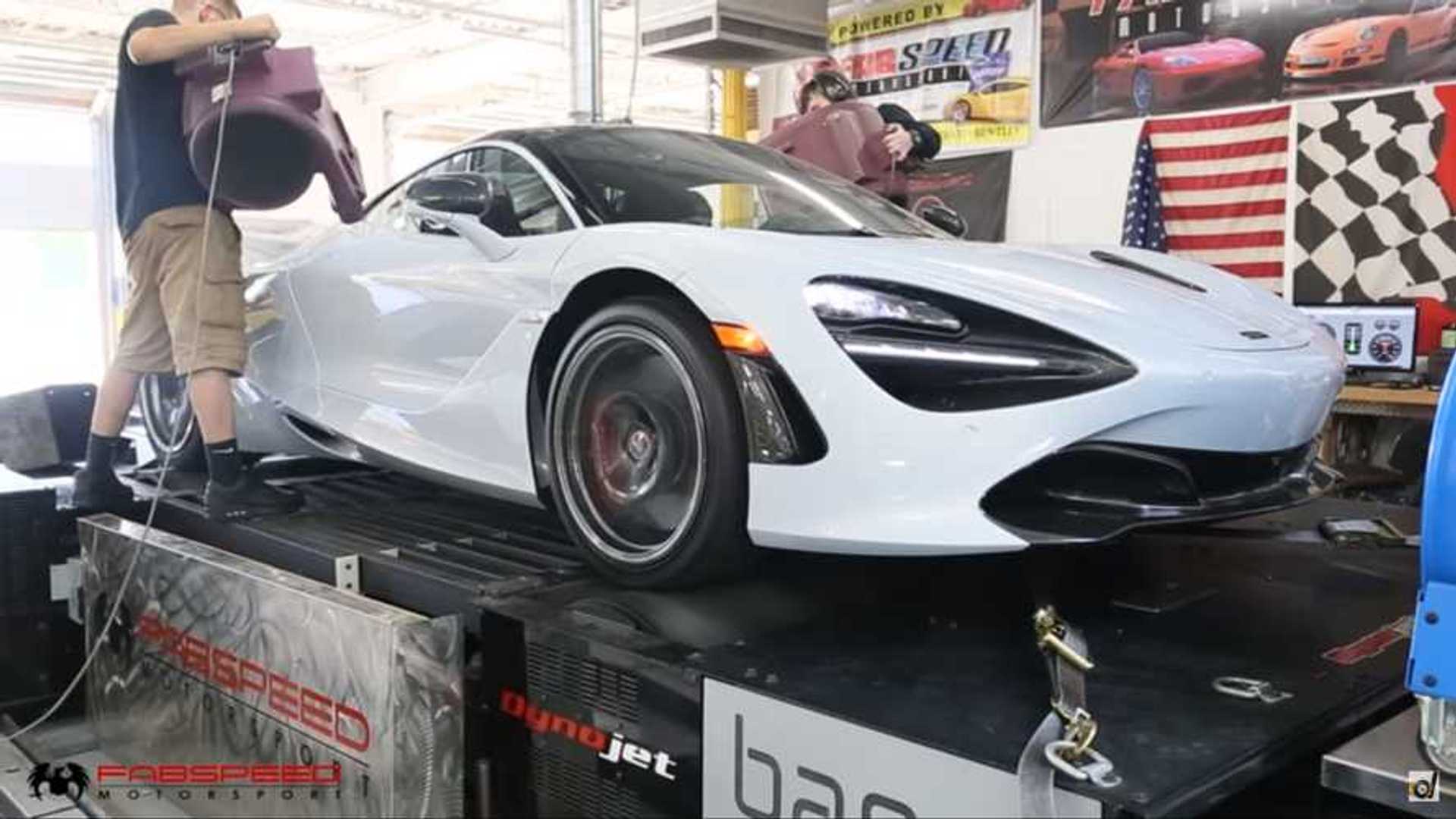