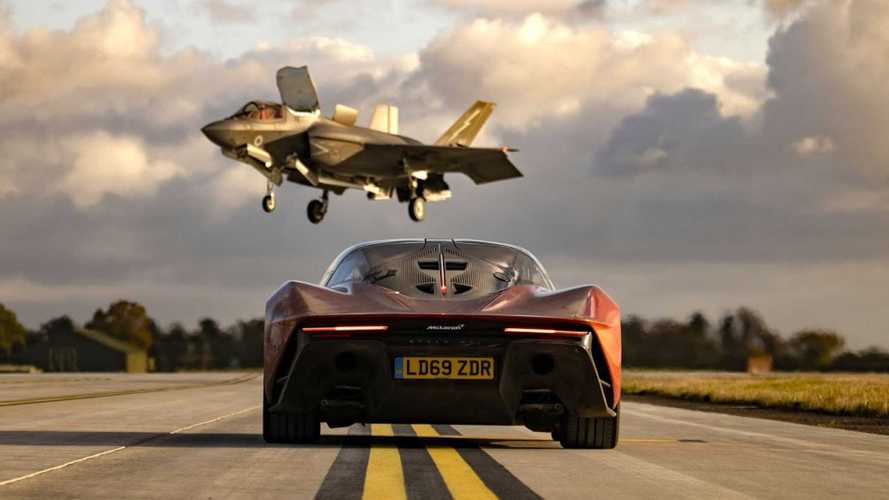 A bit pointless but it sure does look like a lot of fun, doesn't it?


More than a decade ago, Top Gear put Richard Hammond on a tight spot – race a Bugatti Veyron against a Eurofighter Typhoon. A cutting edge piece of aircraft that was known for its notoriety in the aerospace in 2008.

The car vs aircraft race was a hopeless case because we all know that the flying machine will always win, even if it's a Bugatti. Not to mention, it's pointless too, but it sure looked like a lot of fun. In case you haven't seen that one, here's the video again.


Now, Top Gear does it again – with a different host, a different car, and of course, a more advanced aircraft. Technology does evolve, anyway, and so does the meaningless but fun race.

This time around, it's the McLaren Speedtail representing the four-wheeled transports. The British hypercar has all the muscle to face a jet plane, with a modified M840T from the 720S and a hybrid powertrain doing the dirty work. Combined, the Speedtail can produce 1,036 horsepower (773 kilowatts) and can reach speeds of 250 miles per hour (402.3 kilometers per hour). At the helm is none other than Chris Harris.

Either The Greatest Or The Weirdest, But We Love Drag Races:

Seeing This Five-Car Drag Race Will Make Your Day

But the contender isn't just any ordinary fighter jet – it's the latest and most advanced one around, the F35. We'll not delve into details about how powerful an F35 is. Better watch the video on top of this page to find out.

One more thing, the uploaded video has Preview on the title, which makes us think that there's more to this than just a pointless race. Whatever it is, we'll keep an eye out.