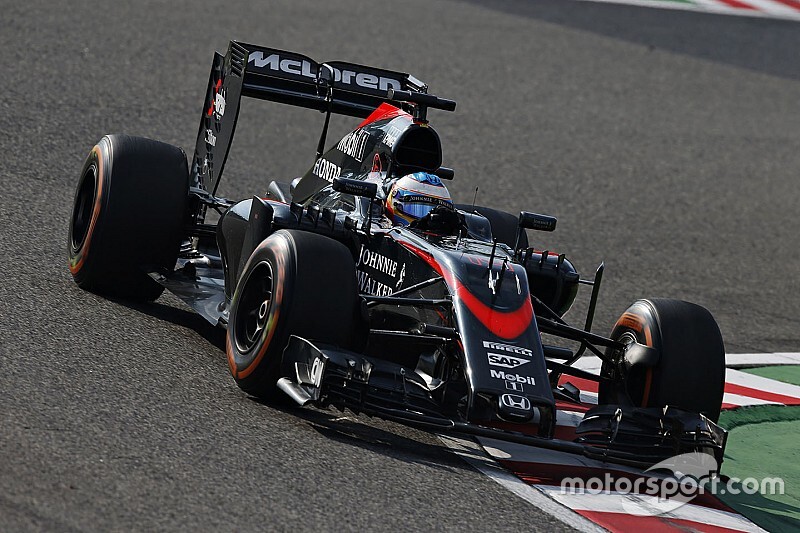 Fernando Alonso admits he may have erred in calling the 2015 Honda Formula 1 power unit a "GP2 engine", but reckons the situation would've left any driver extremely frustrated.

The Spaniard infamously labelled Honda's engine - back then powering his McLaren - "embarrassing" and a "GP2 engine" during the 2015 Japanese Grand Prix at Suzuka.

"It feels like GP2. Embarrassing. Very embarrassing," Alonso said on the radio to his engineer as he was overtaken by the Sauber of Marcus Ericsson.

That year was Honda's first since its return to F1, and the Japanese manufacturer struggled with all types of problems during its latest spell as an engine supplier to McLaren.

"It came from a place of frustration and maybe I should not say that, but I didn't say it in the TV pen or the press conference," Alonso told F1 Racing in an exclusive interview about his radio message.

"I was talking to my engineer in a private conversation [which was broadcast]. It was not meant to be public. But the engine was very bad."

Honda's relationship with McLaren came to an end after 2017 as the team decided to switch to Renault engines, having finished in ninth, sixth and again ninth in the standings in its three years with the Japanese power unit.

Honda moved to Toro Rosso in 2018 before striking a deal with Red Bull for 2019, going on to win three races with Max Verstappen.

While some still taunt Alonso for his 2015 comments now Honda is winning races, the two-time world champion feels any driver in his situation would have been critical of the engine's performance.

And he insists he is "very happy" to see Honda back winning races.

"The first year in Jerez [pre-season testing], in four days we did seven laps," Alonso added. "Now Honda wins a race and I receive a lot of messages that read: 'GP2 engine wins now, it should be a sad day for you.'

"I'm very happy, but the engine I had in the car was not the same as the one winning in Brazil.

"If a top driver today goes through the performance that I went through, I could not imagine what they would say. In 2015 I was always fighting to get out of Q1 and had 575 places of penalties.

"I say things that I think and that I believe. That's because I believe those things are the truth. Sometimes I can be wrong. But I don't see things that I do that others are not doing.

"I don't read extra things from what others are saying, but I see mountains and mountains of the things I say..."