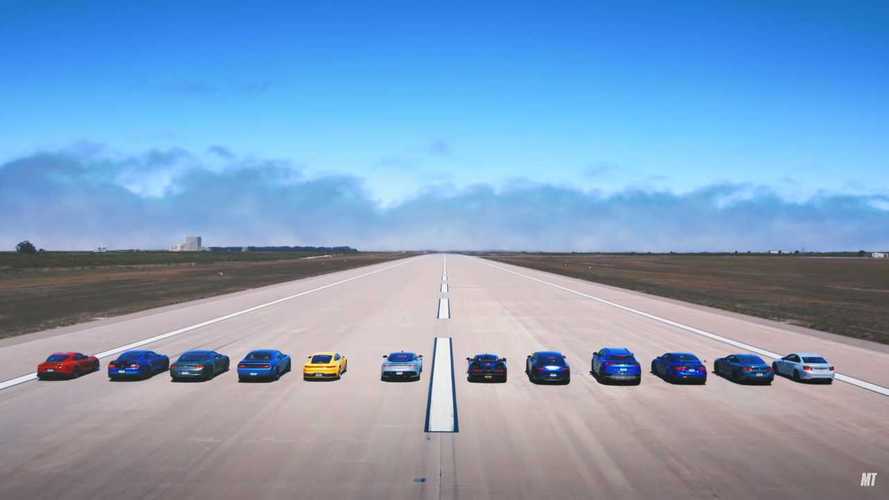 12 cars turn the runway at Vandenberg Air Force Base into a horsepower playground.

Side-by-side drag racing with properly fast cars is exciting. A three-way race is better, and lining up four cars can be a special thrill. MotorTrend has a tradition of holding bonkers drag races on occasion, and the latest iteration of the magazine’s World’s Greatest Drag Race features no less than 12 vehicles blitzing down the 15,000-foot runway at Vandenberg Air Ford Base in California.

Seeing This Five-Car Drag Race Will Make Your Day

The lineup is a proper mismatch of machinery, too. The McLaren Senna certainly stands out, and not just because it’s the car in the middle – the massive wing and aero bodywork are hard to miss even when surrounded by a litany of other supercars. The Porsche 911 Carrera S is there, along with the Aston Martin DBS Superleggera, BMW 850i xDrive, Bentley Continental GT, and the BMW M2 Competition, though they are all decidedly more GT cars as opposed to the knife-edged Senna hypermachine.

A couple sedans are in the fray as well, including the Mercedes-AMG GT 634 4MATIC and Jaguar’s XE SV Project 8. The sole SUV is the Lamborghini Urus, with the Toyota Supra holding the sports car mantle. Lastly, American muscle is represented by the Dodge Challenger Hellcat Redeye and the Ford Mustang Shelby GT350. Yes, we said GT350. For reasons not mentioned in the video, the vastly quicker GT500 wasn’t invited to the party.

That said, there’s still nearly 7,000 horsepower on the tarmac and the runway is wide enough for all of them to run at the same time. It’s the perfect venue for a quarter-mile sprint, and when the countdown hits zero there are no disappointments. The 911 absolutely tears away from the line despite being way down on power compared to pretty much everything else. As the speed builds, however, the McLaren’s horsepower and aero witchcraft make a dramatic showing. It crosses the line well ahead of the pack.

Why hold a quarter-mile drag race when you have nearly three miles of runway at your disposal? Fear not, for there’s a second race that stretches out to a half-mile, giving the 200-mph supercars a chance to really stretch their legs. Can anything challenge the Senna? We’ll leave that to the video, but the Aston Martin DBS Superleggera comes on very strong at the other end of the strip. 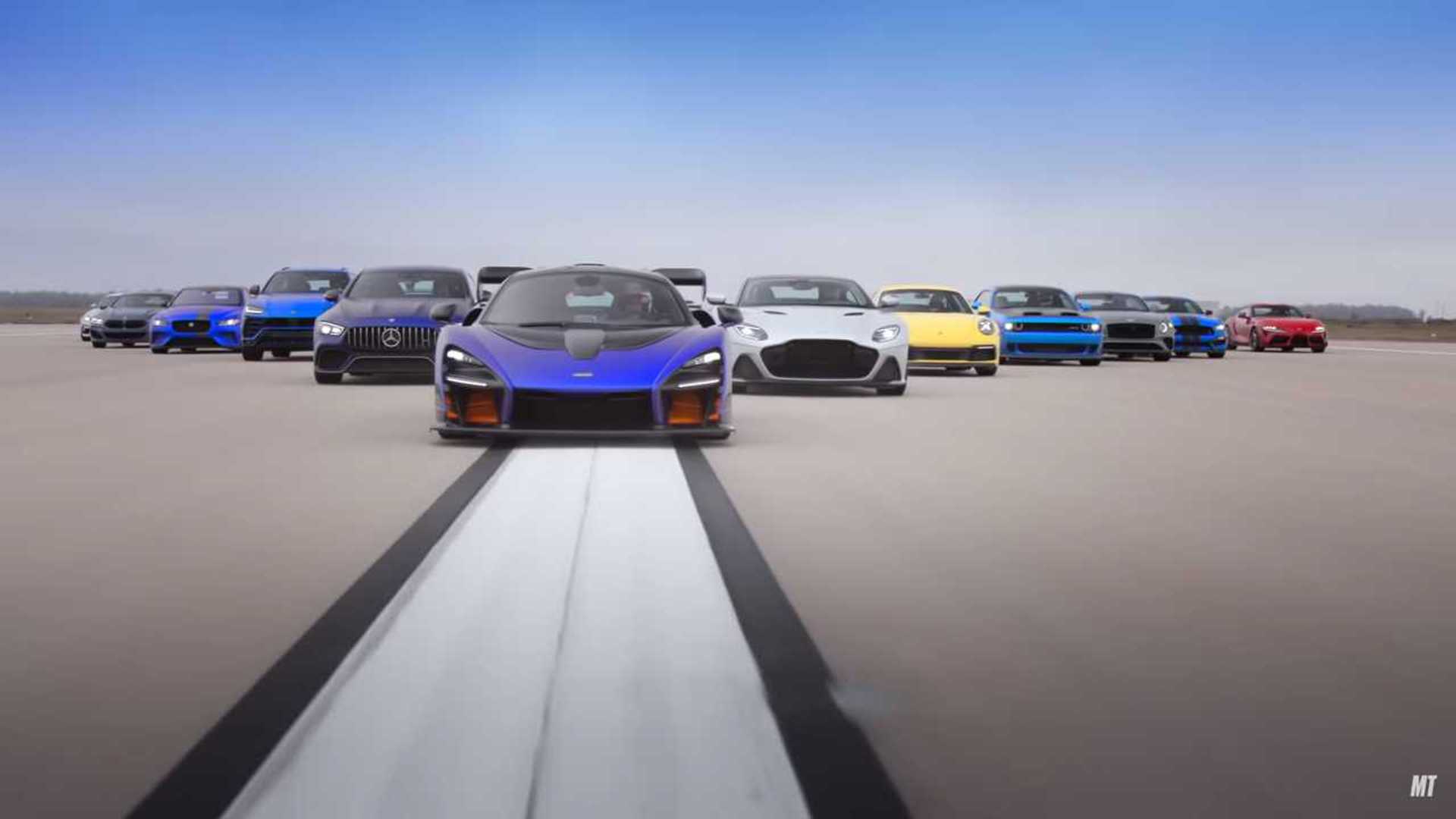 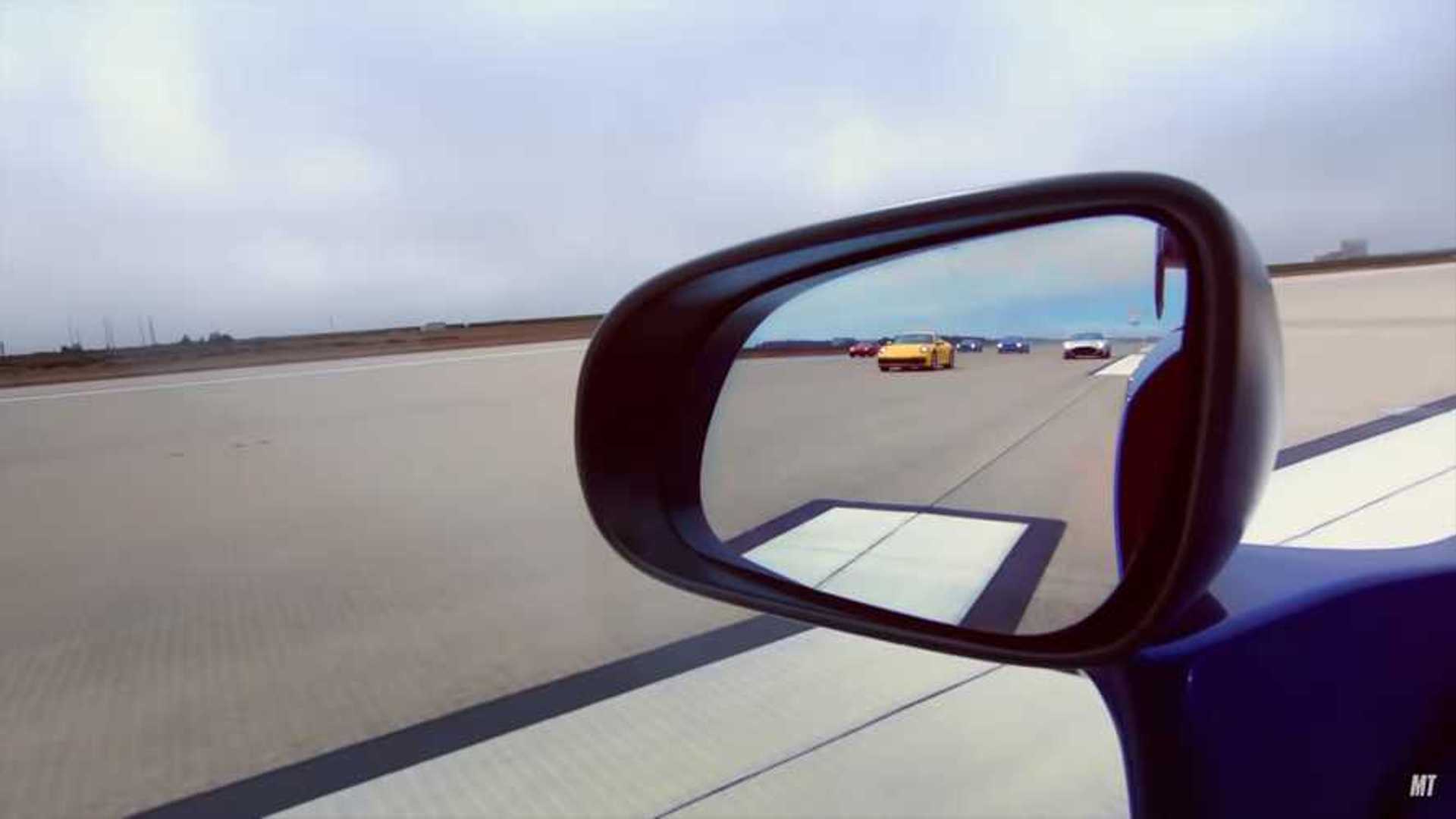 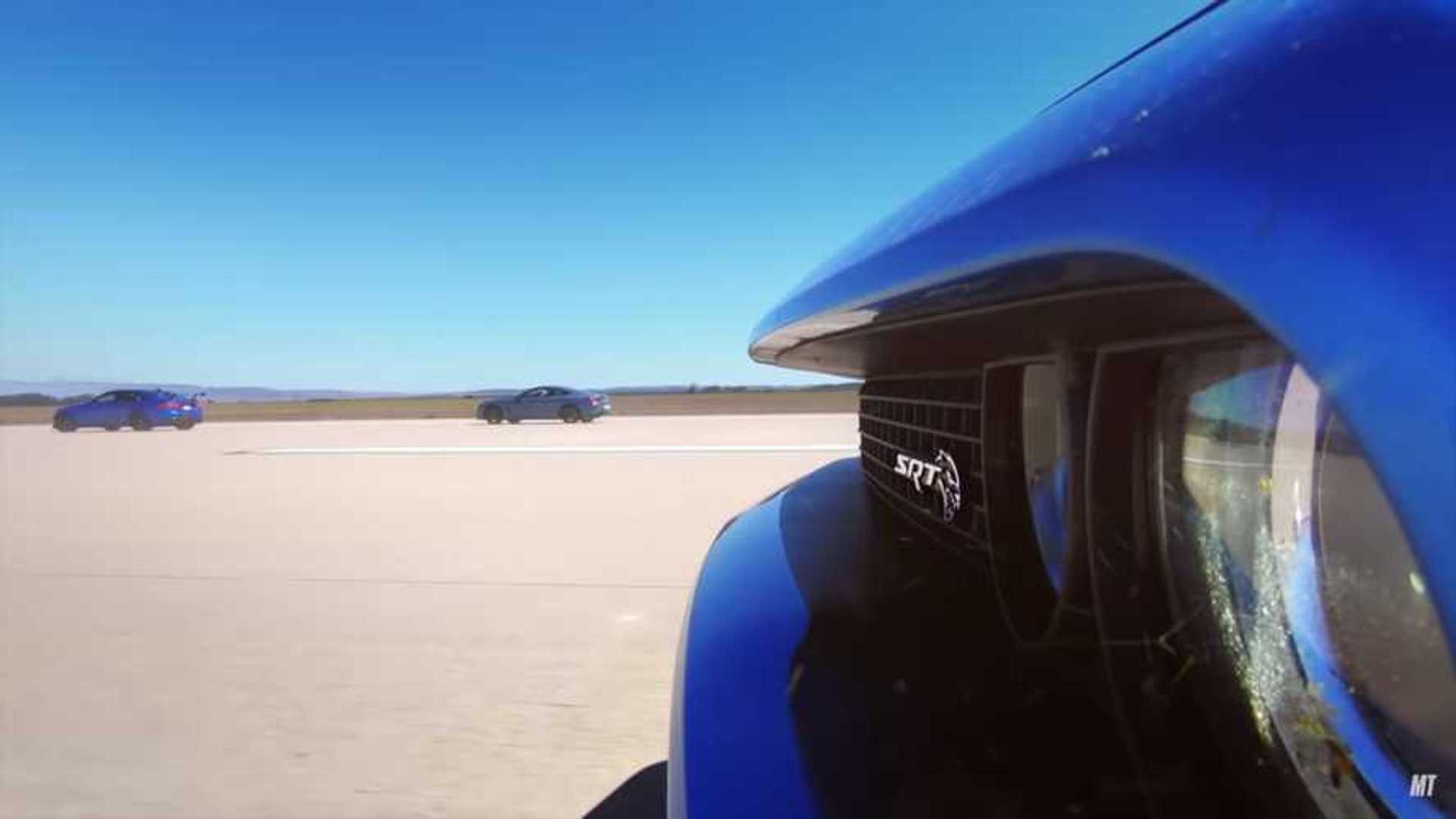 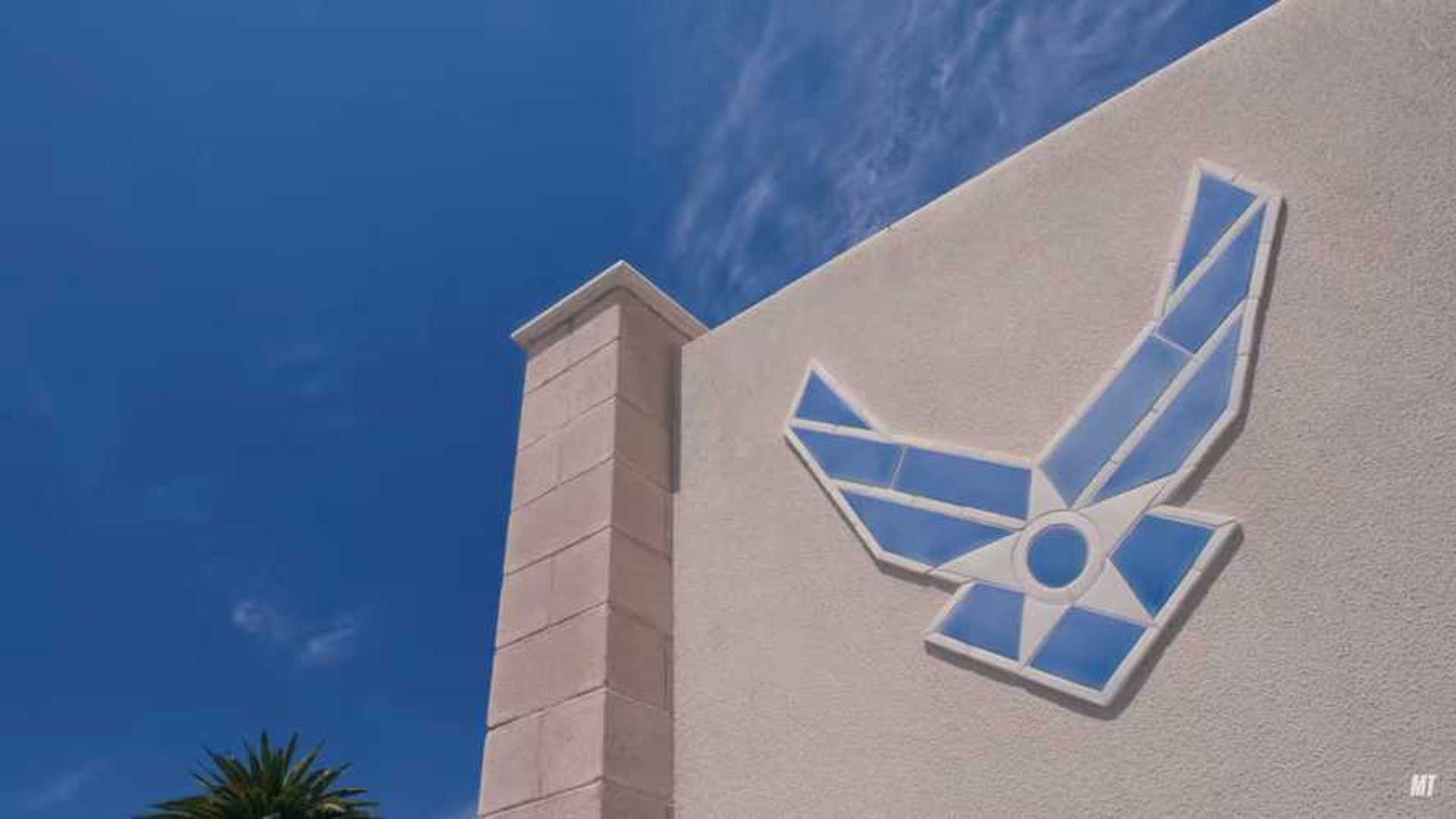 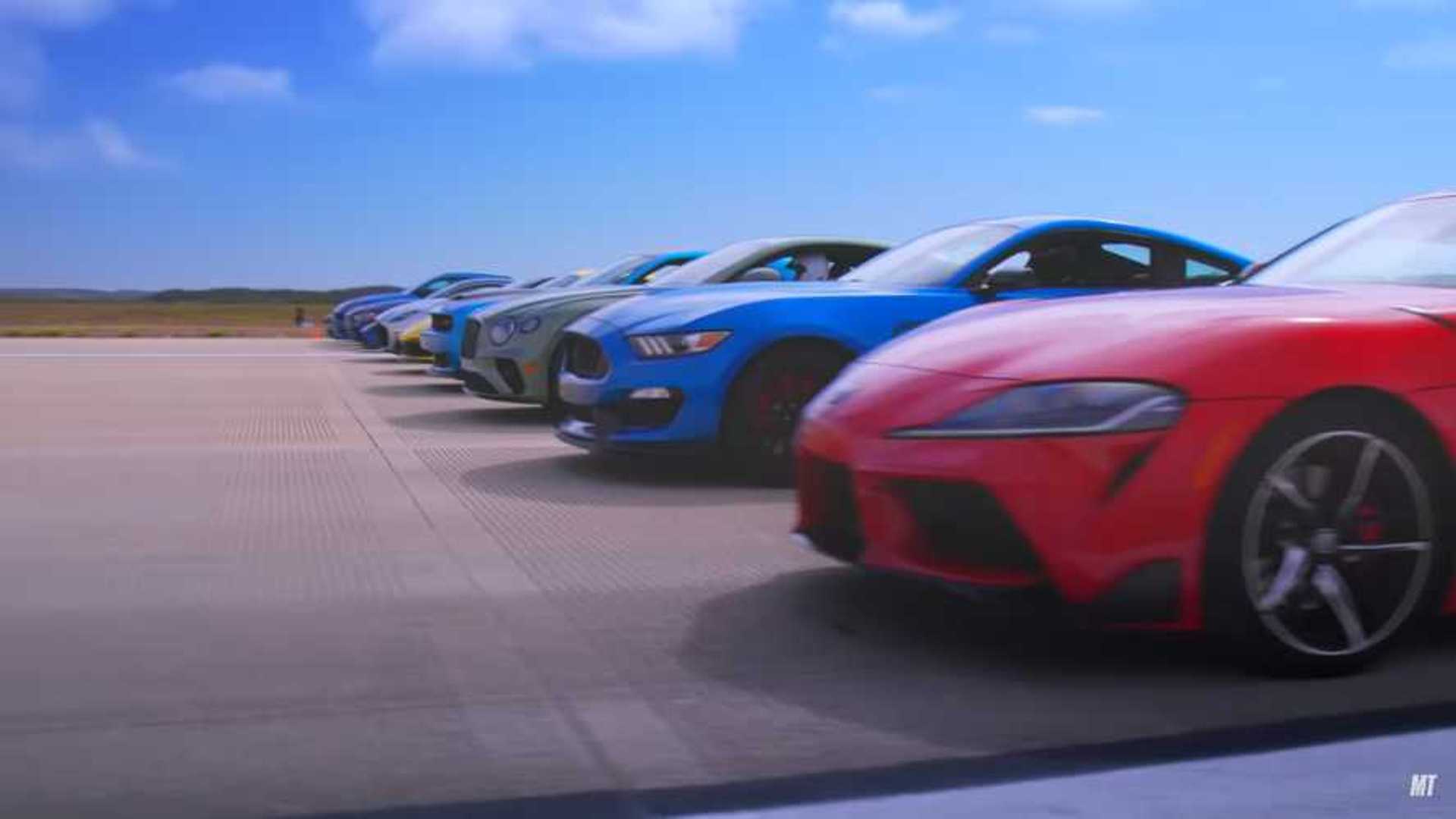 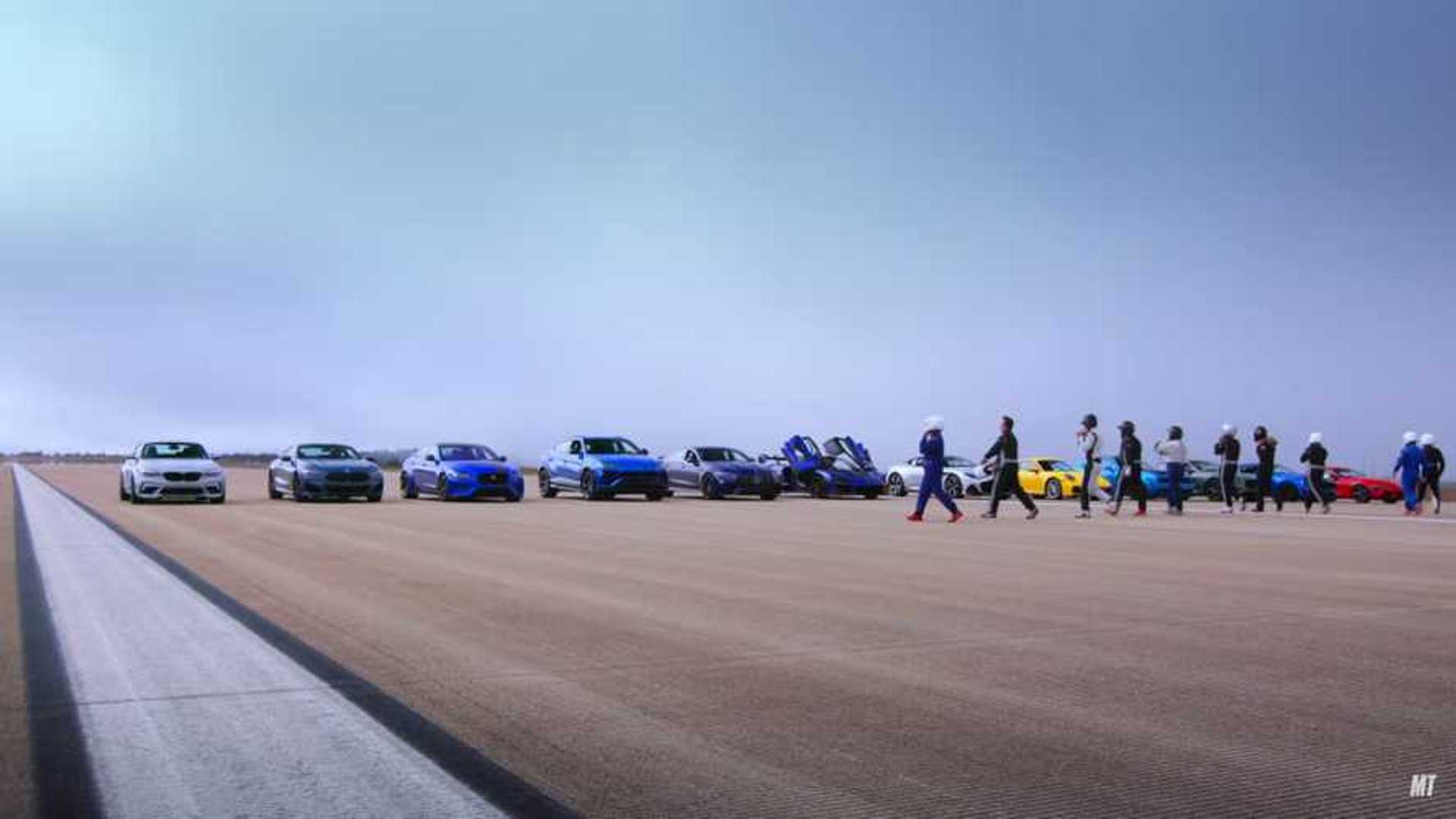 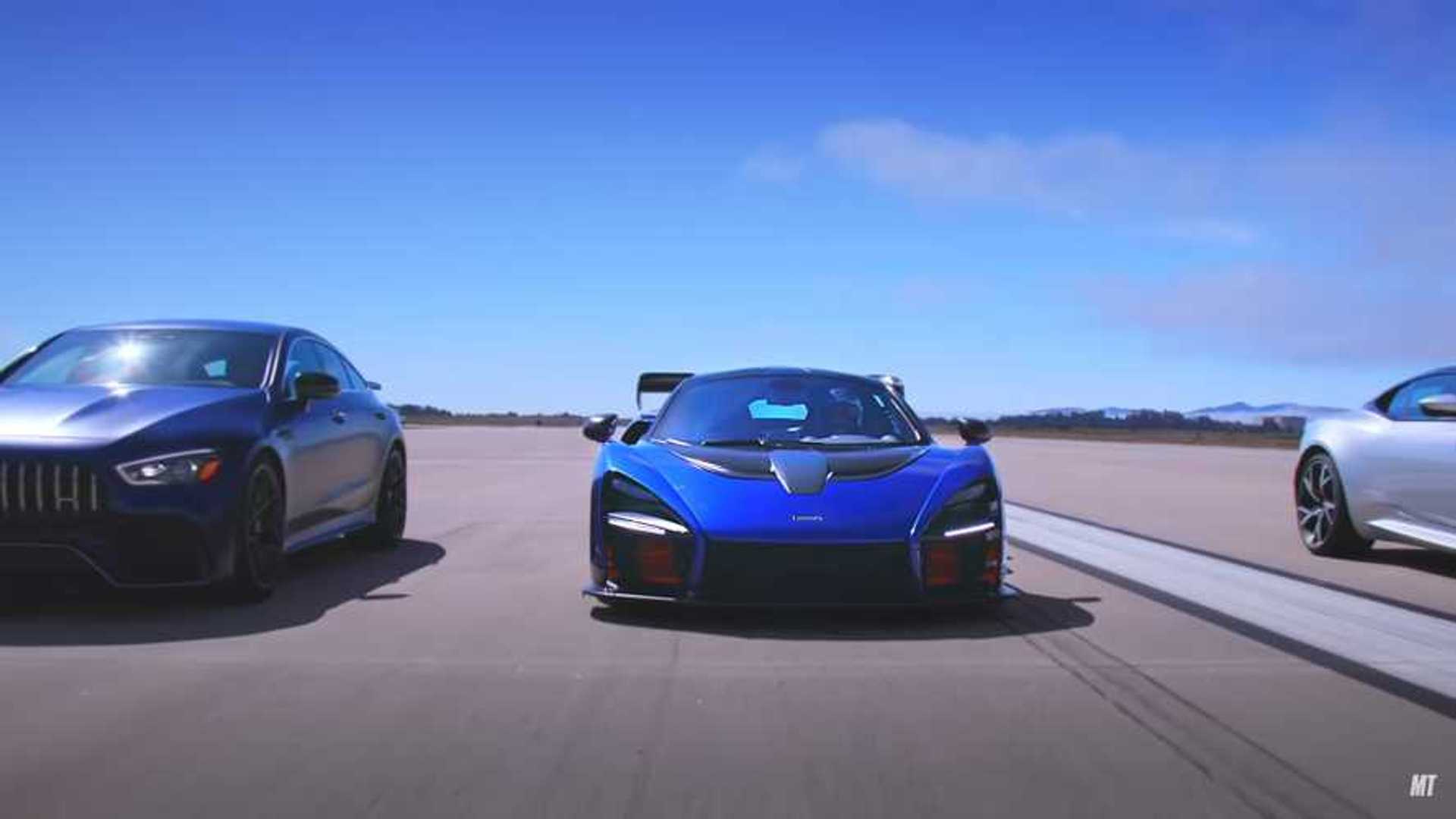