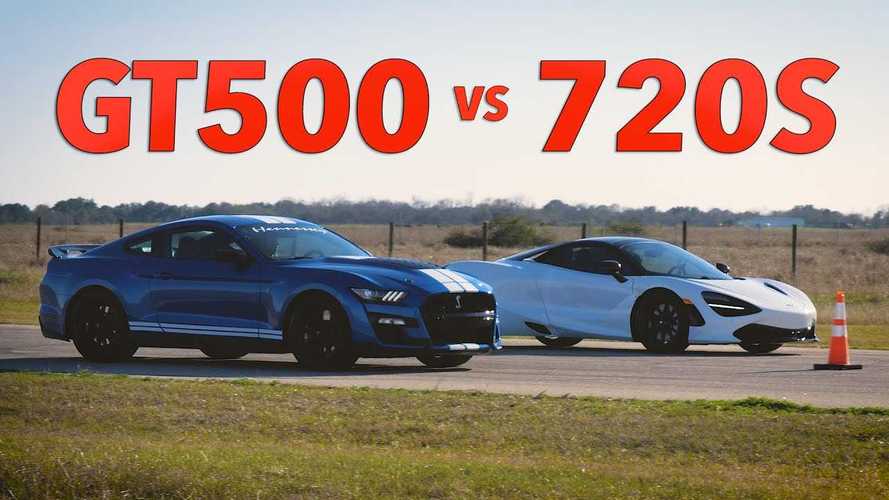 Does the Mustang even stand a chance here?


The new Mustang Shelby GT500 is quickly gaining a reputation as a Detroit muscle car that can punch way above its class. We’ve seen it outpace a 797-horsepower (594-kilowatt) Dodge Challenger Hellcat Redeye in a straight line, and perhaps most impressive thus far, it turned a nearly identical lap to a Porsche 911 GT3 RS on a road course.

Now, Hennessey Performance gives the mighty Mustang a new straight-line challenge against what is arguably the quickest-accelerating production car you can buy today. We never thought we’d say this, but it’s time to see what happens when a Mustang drag races a McLaren 720S.

Actually, we’re not even going to try and build this up any further. The Shelby gets whipped hard, and it should. We’ve seen stock McLarens make consistent low-10-second quarter-mile passes and even dip into the 9-second range. That’s way out of the GT500’s range in even the best conditions, never mind the unprepped tarmac at Hennessey’s facility in Texas. Three side-by-side runs take place, and yes, both cars are completely stock. The 720S wins every time, and it’s not even close.

There is a method to this madness, and it’s not just because Hennessey Performance likes to post drag racing video. The Shelby GT500 is the latest vehicle to enter Hennessey’s upgrade shop, and with any new project, establishing a baseline for performance is the first step. Hennessey doesn’t say just how bonkers the upgrades will get, but with 760 horsepower already under the Mustang's hood from the factory, we wouldn’t be the least bit surprised to see a 1,000-hp HPE GT500 in the near future.

When that happens, you can bet there will be a new video showcasing the extra ponies. Perhaps the Shelby will have a chance for redemption against the 720S – unless it’s modified, too. 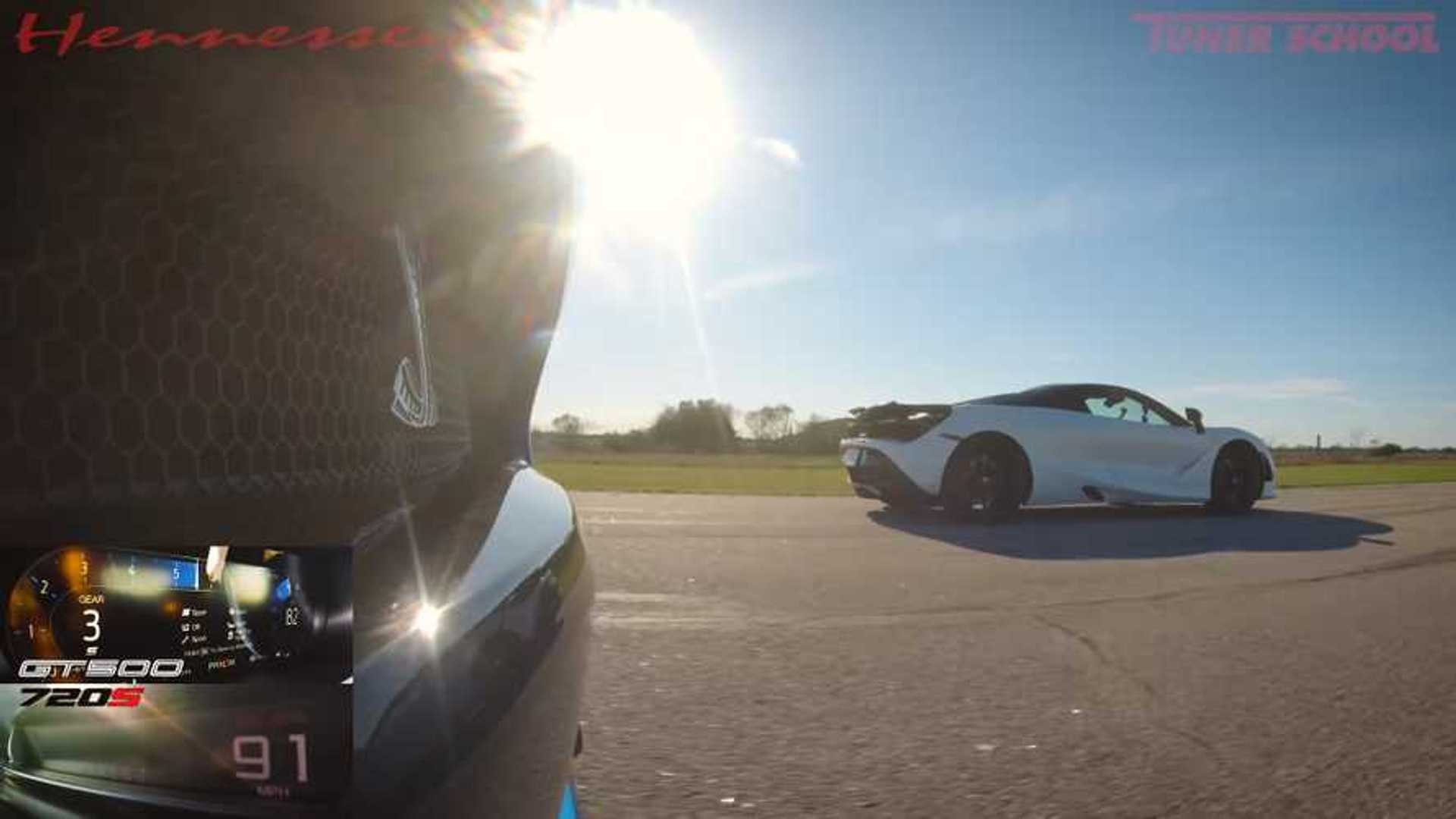 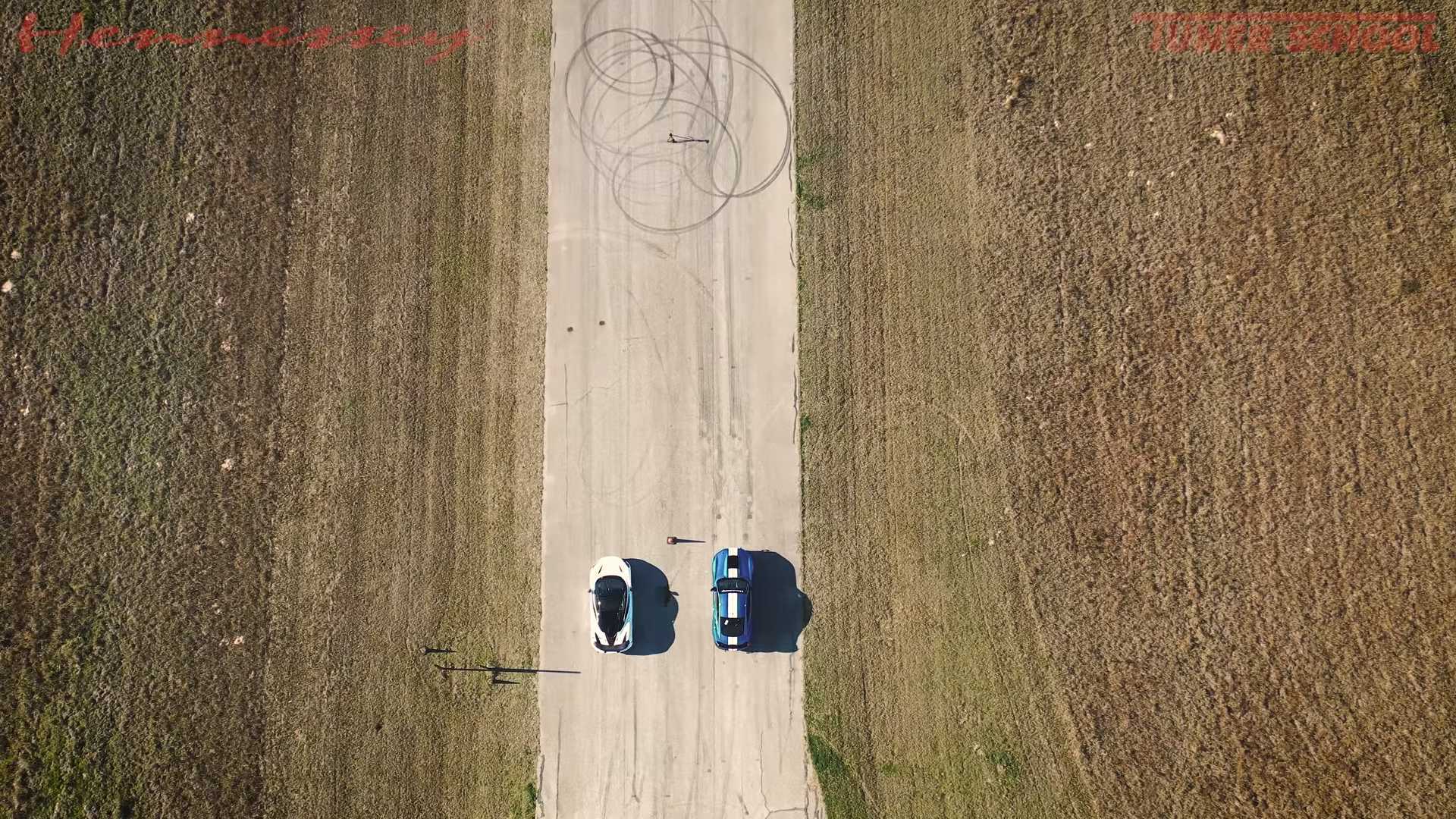 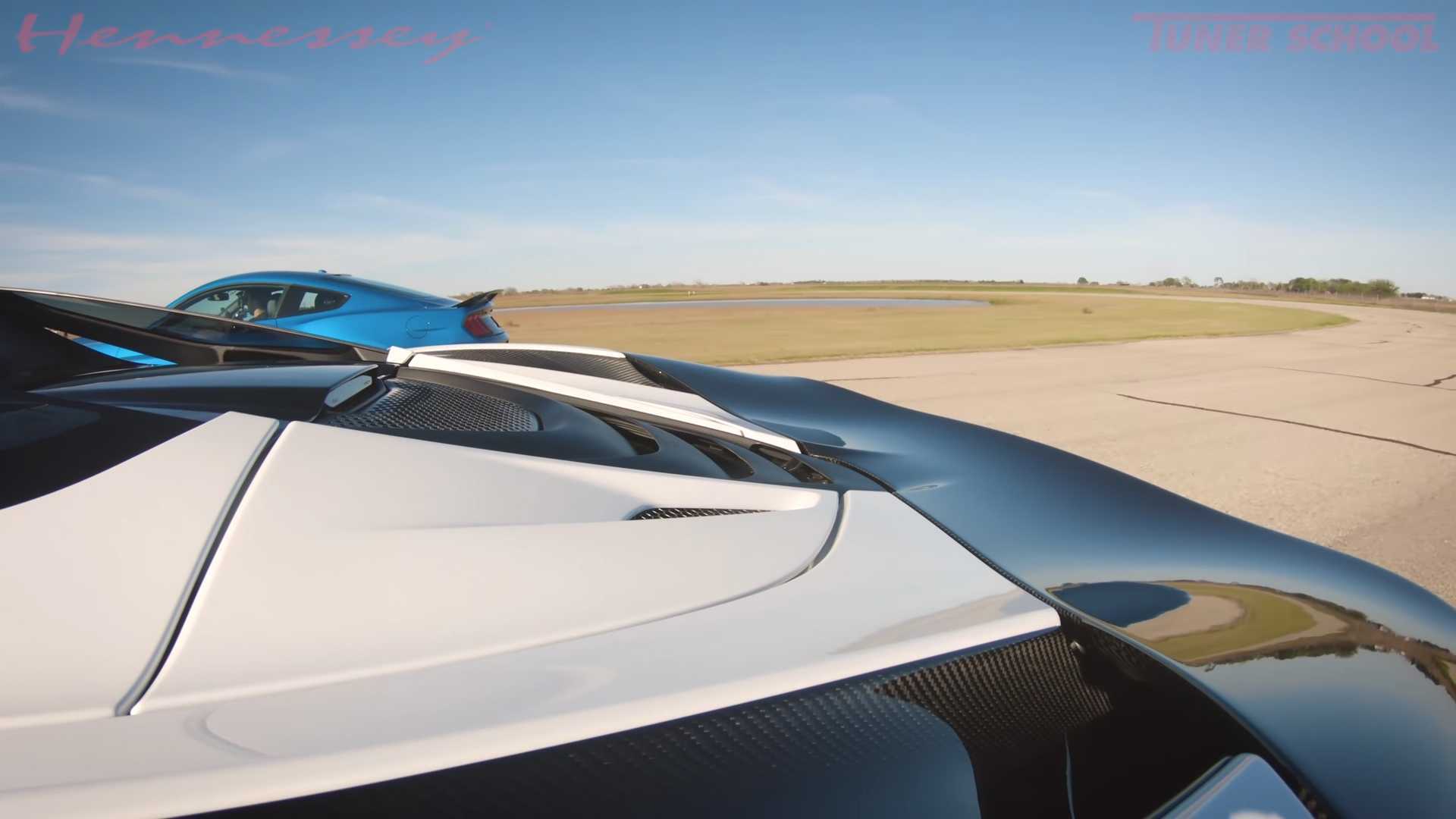 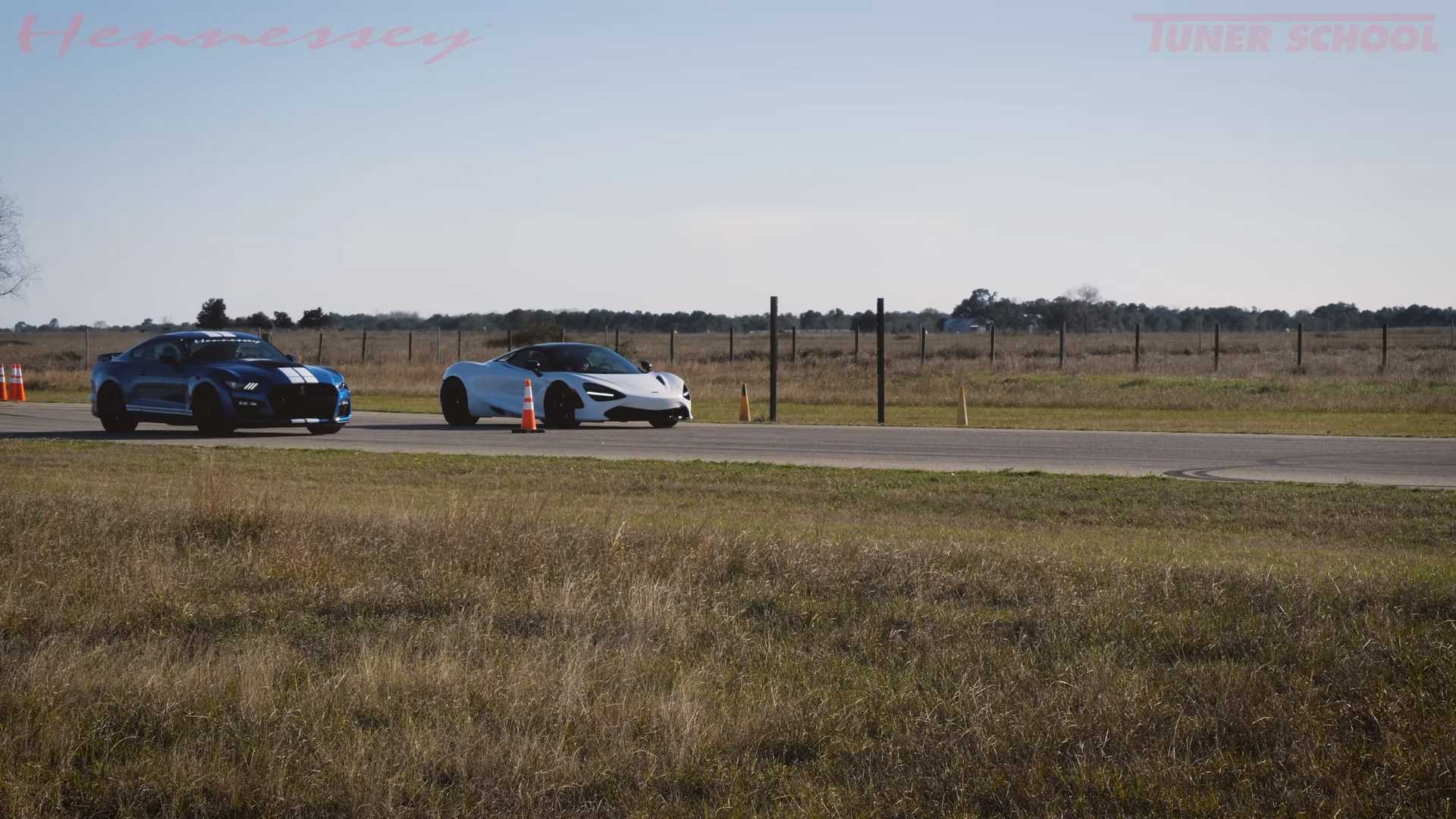 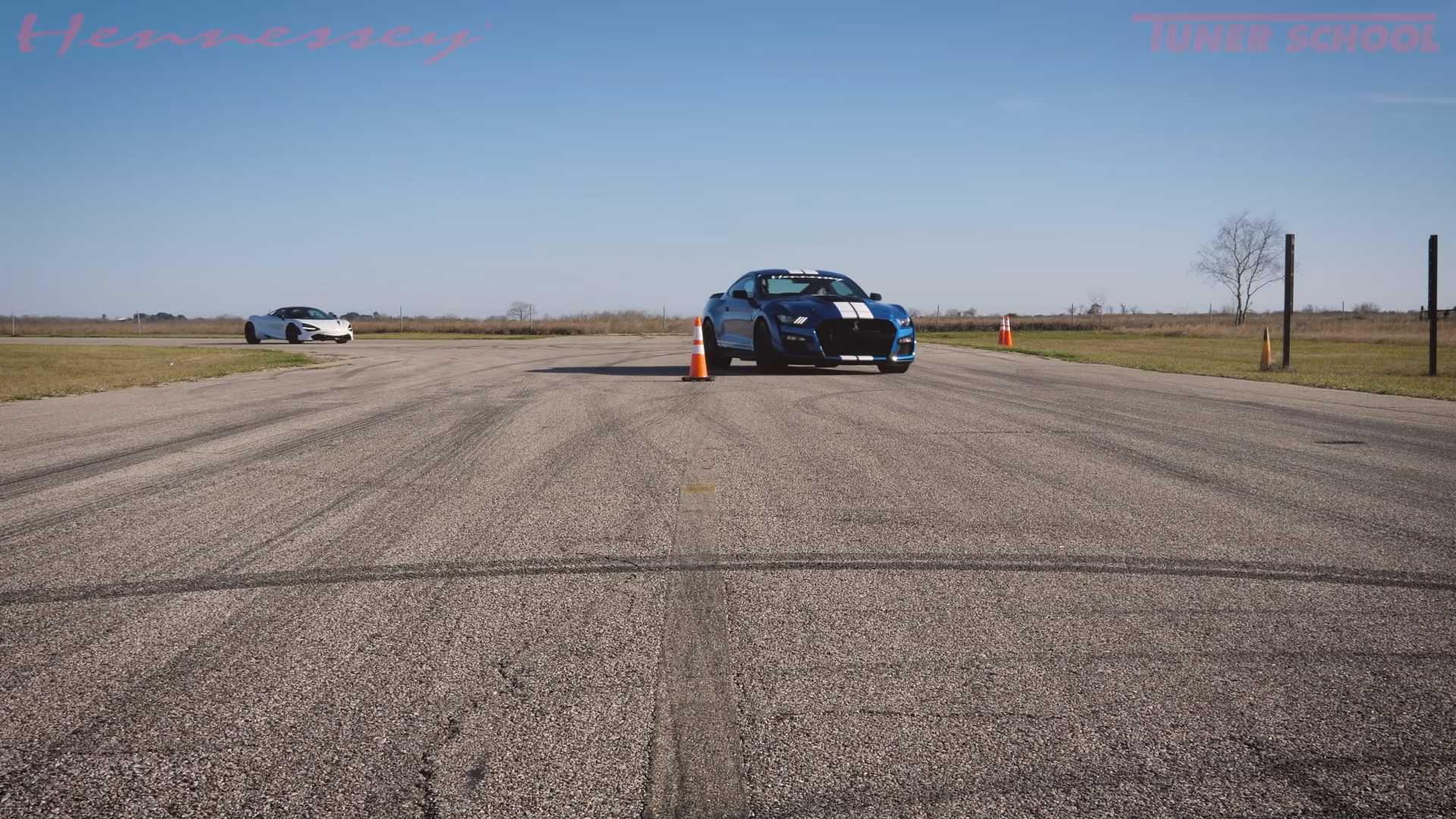 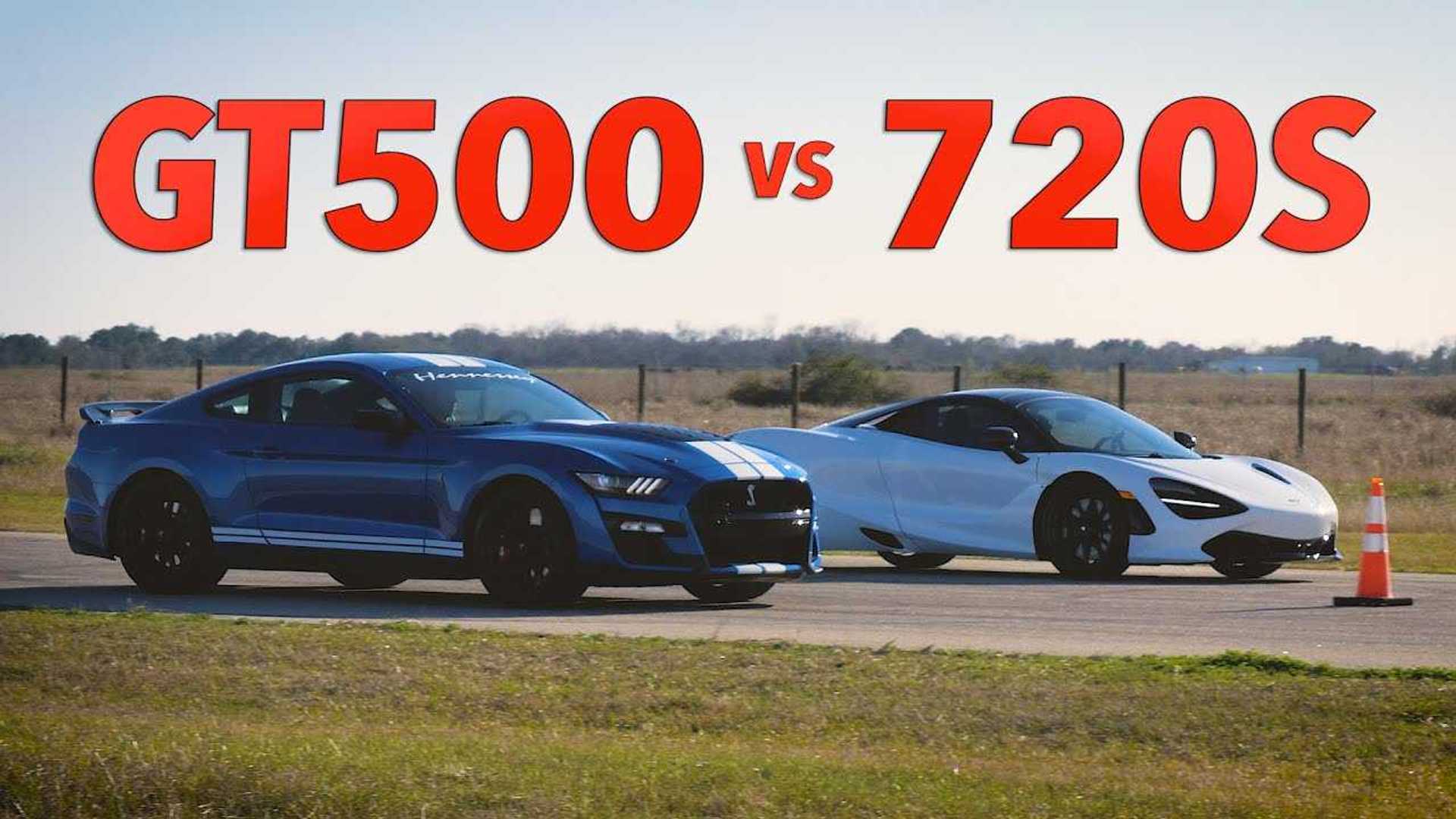